A man accused of stalking two young women online has claimed he only does so when he is ‘high’ on drugs.

Daniel Altmann was confronted by an A Current Affair reporter on Tuesday night about his online behaviour, where he initially denied being ‘a social media stalker’.

But when further pressed about stalking the two women through social media for a number of years, Altmann responded: ‘Only when I’m high’.

‘I have a drug addiction. I’m trying to get it covered. I’m sorry to anybody I’ve offended,’ he said. 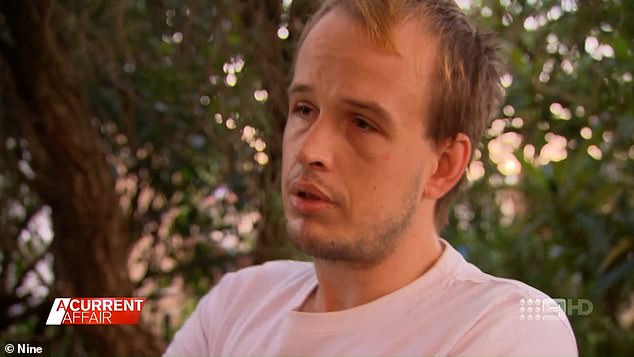 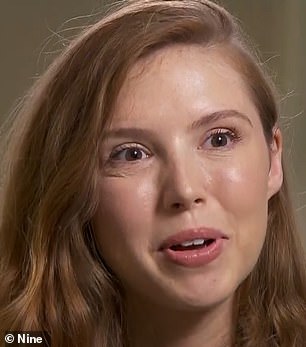 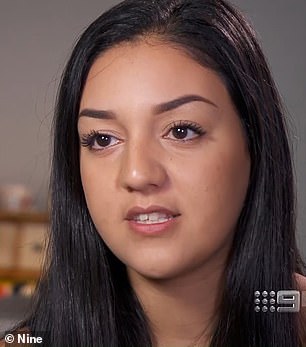 Altmann begged the reporter not to put the story to air, promising to stop stalking the women.

‘I’m high and I shouldn’t be and I’m going to go to rehab and this is going to destroy my parents,’ he said.

He has previously been convicted of stalking as well as assault and breaching an Apprehended Violence Order.

Bianca Trigas, 26, said Altmann started sending her harassing messages through Instagram in April last year, before pulling photos from her social media accounts which were then uploaded to public pages.

‘He literally would take photos of me in a bikini when I’m with friends at a beach, at a pool, and he will zoom up on my crotch area, my breasts and then he will type in my name so people have a direct link to me and then with hashtags of w***e galore, t**s out for the boys,’ Ms Trigas said.

‘He hasn’t even tried to hide himself either. That’s the scary thing. He’s just putting his name and his profile picture out there and he just doesn’t care.’ 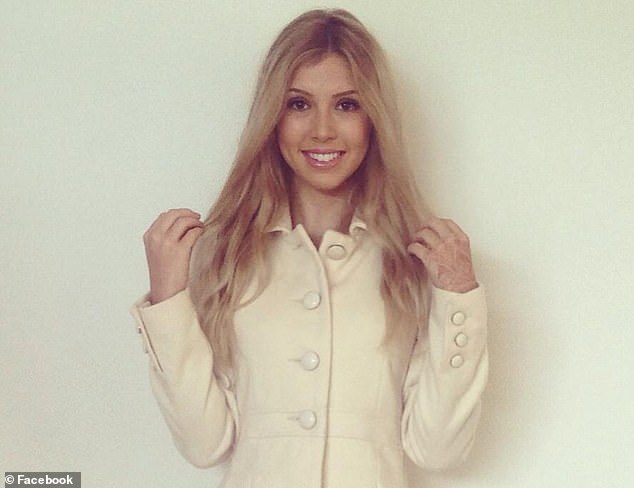 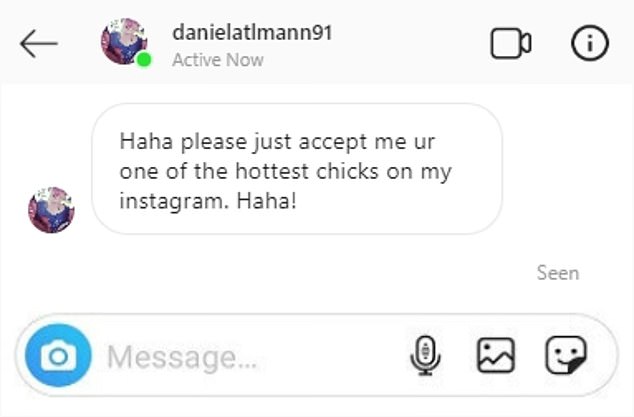 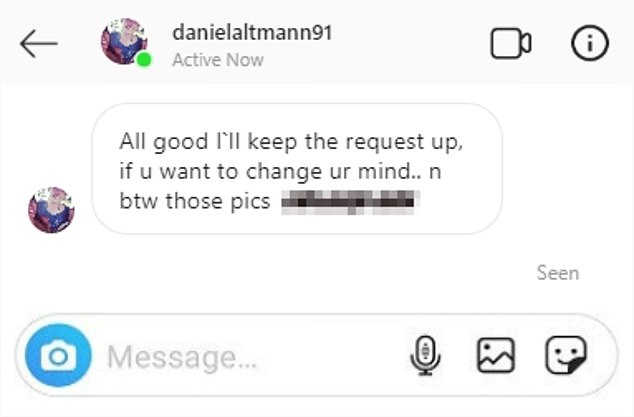 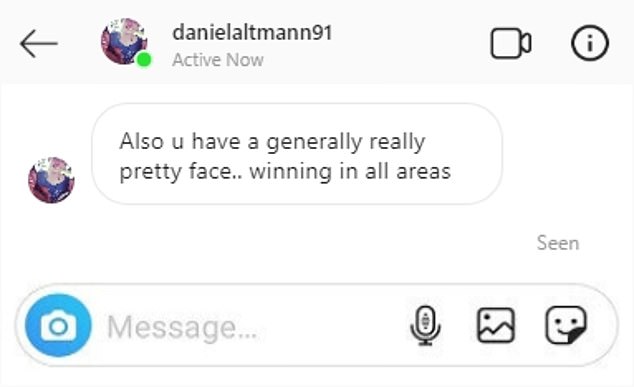 In a series of messages (pictured) provided to the program, Altmann allegedly begged Ms Trigas to accept his friend request on social media

In a series of messages over Instagram provided to the program, Altman allegedly begged her to accept his friend request.

‘Please just accept me ur [sic] one of the hottest chicks on my Instagram,’ the message reads.

When she said no, he responded: ‘All good I’ll keep the request up if you want to change your mind and by the way those pics are *****.’

‘Also u [sic] have a generally really pretty face. Winning in all areas.’

‘The threats came through stating that “if I don’t send him videos or photos of myself that he will then create this account and get all these random guys to start following me and messaging me”,’ she said.

Jacky Fratti said Altmann had been harassing her online for about five years.

‘In the last, I’d say about five years, he’s just been harassing me, sending me messages, screenshotting my photos,’ she said.

‘He’s just been asking me weird requests and has made maybe at least 10 different accounts just constantly harassing me. 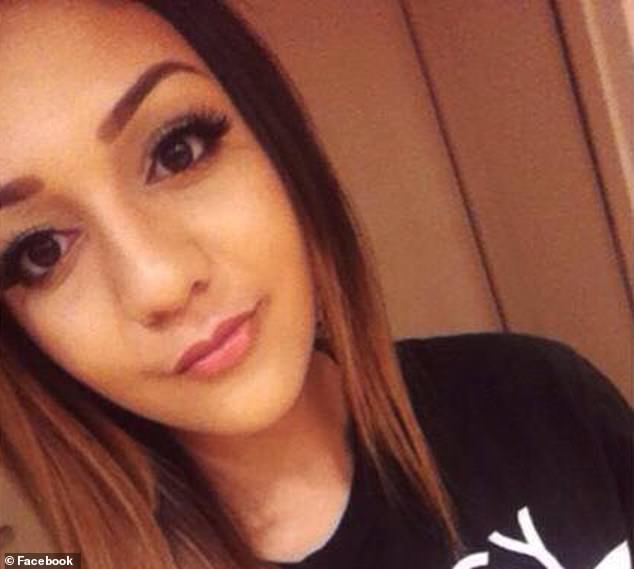 ‘He’s basically just zoomed in on my face and my cleavage and put eggplant emojis saying I’m a “sl*t”, these are random boys and like hands on me.’

Ms Trigas said she has reported Altmann to police twice but claims no action was taken, with an officer allegedly telling her it was the ‘risk’ she takes by posting images online.

Police are investigating the matter and reviewing how the initial reports were handled.

‘NSW Police Force is committed to assisting the victim and fully investigate the matter, this is inclusive of reviewing the process and circumstances surrounding the initial reports made to police,’ a NSW Police spokesperson told Daily Mail Australia.

‘The matter is being investigated by the Nepean Criminal Investigation Unit.

‘As an organisation NSWPF take all matters that are reported to us seriously and have a range of procedures and governance to ensure the safety of the community.’

Monster Hunter Rise Will Finally Get a Proper Ending in May