A man who allegedly hid inside a pub ceiling only for it to collapse inside a women’s toilet has ended up in police custody.

Pubgoers were shocked at the alleged incident, and said the man, 45, fled the watering hole soon after falling through the ceiling. 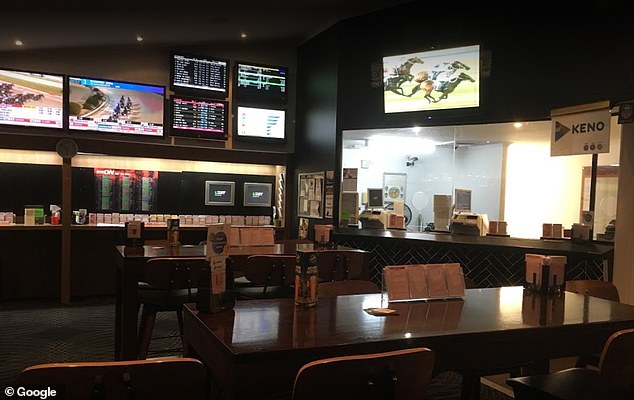 One woman wrote on a local Facebook page that she was ‘disgusted by the incident’ which happened when the pub was full of women and children.

‘After the man in question left the establishment, officers caught up with him at nearby Kippa-Ring train station,’ police told Daily Mail Australia.

Police alleged the man was later spotted at an address on nearby Anzac Ave where he threw roof tiles at officers.

A negotiation followed, and about two hours later, the 45-year-old man was arrested and charged with multiple offences, including trespassing, obstructing police, serious assault of a police officer and two counts of wilful damage.

He appeared in Redcliffe Magistrates Court on 23 April, where bail was refused.

The man, 45, from Caboolture, was remanded in custody and will again appear in court on April 27.

The new offside rule has changed the NRL, but a loophole might have been discovered

Post Office’s Horizon IT scandal: Compensation bill for victims could be ‘tens of millions’

Post Office's Horizon IT scandal: Compensation bill for victims could be 'tens of millions'