A man has been arrested for allegedly scaling a security fence and entering National Counterterrorism Center headquarters in Virginia after mistaking it for a hotel following a night of drinking tequila.

Jatinder Singh, 28, was reportedly caught on government property in McLean, Virginia, in the early hours of March 14.

According to a probable cause statement first obtained by an NBC4 Washington investigative reporter, at around 5am police officers at 1500 Tysons McLean Drive encountered Singh, who had entered the building by climbing a security fence. 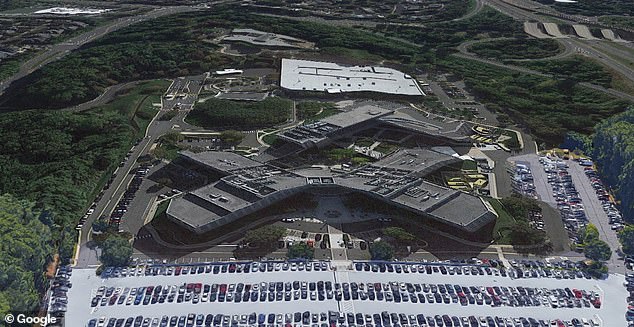 Jatinder Singh, 28, is suspected of climbing a fence and entering the National Counterterrorism Center in Virginia while drunk on tequila

Officers ordered the intruder to stop and explain what he was doing there.

‘Defendant responded that he was there to rent a room,’ according to the document.

Singh then produced a credit card and a New York driver’s license bearing his name.

‘Defendant was noticeably unsteady on his feet and exhibited slurred speech,’ the document states.

When officers searched Singh, they discovered that he was in possession of another person’s wallet, which contained identification and credit cards.

After having his Miranda rights read to him, Singh reportedly said that he works with the owner of the wallet.

Under questioning, Singh revealed that he had consumed tequila the night before ‘and was only there seeking a meal and a place to stay,’ according to the statement obtained by reporter Scott MacFarlane. 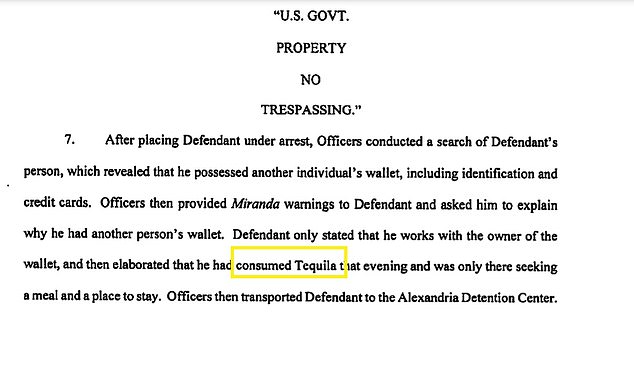 Singh was charged with trespassing and booked into the Alexandria Detention Center. According to an agency spokesperson, he was released the next day.

‘I didn’t know that was federal property,’ Singh, who lives in Pennsylvania, told the New York Post on Thursday. ‘I was just looking for help. I just see the building with the lights.’

Established after the September 11, 2011, attacks, the National Counterterrorism Center is part of the Office of Director of National Intelligence (ODNI) and is responsible for national and international counterterrorism efforts.

DailyMail.com on Thursday reached out to ODNI for comment on the security breach and was awaiting a response.

Iraqi failed asylum seeker, 24, is guilty of murdering woman, 32, in his flat above kebab shop

Mennel: ‘I thought about giving up music’