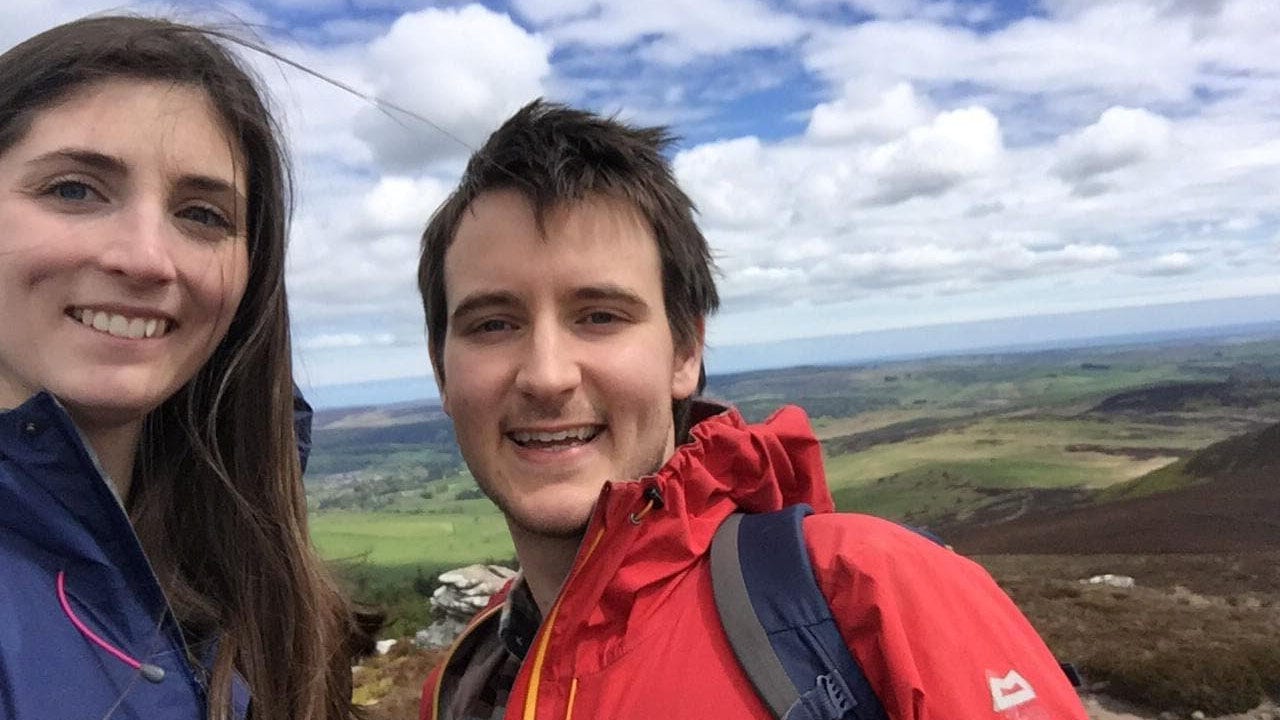 A man hoping to propose to his girlfriend may have picked the wrong location for the romantic gesture. Apparently, the soon-to-be-engaged man picked a hillside that’s known to be haunted by mischievous entities.

It turns out, that may have been a bad idea.

George Goddard planned to propose to his girlfriend, Isobel, after hiking to the summit of the Simonside Hills in Northumberland National Park.
(SWNS)

George Goddard planned to propose to his girlfriend, Isobel, after hiking to the summit of the Simonside Hills in Northumberland National Park in England, Southwest News Service (SWNS) reports. While the area is reportedly very scenic, it also seems to have a dark side to it as well.

According to local folklore, the trail is haunted by gangs of evil dwarves known as the Duergar. These supernatural entities are apparently known for playing tricks and jokes on travelers. After the events of the proposal, it’s possible that Goddard was one of their victims.

He told SWNS that he put the ring in the same pocket as his wallet and planned on hiking to the summit and then proposing during a picnic with his girlfriend.

“Normally I’m the type of person tapping my pockets all the time but I didn’t want to in case it was really obvious,” he told the news outlet. “Once we got to the top I went to get the ring and released my wallet was there but the ring wasn’t. I then realized there was a hole in the pocket meaning at some point on the walk the ring would have fallen out.’

He continued, “Isobel saw me looking very panicked and then asked me had I lost my wallet, but I had to come clean. She was obviously upset but I think she was sadder for me and she even offered to drive us home because I was in a bit of state.”

Goddard explained that the ring had been in a bright blue box and he was hoping that somebody would find it and return it. After asking several hikers they saw along the way back to their car, Goddard eventually decided to try looking online.

“I decided when I got 4G to try the local Facebook pages and somebody had actually found it and posted it onto their normal page,” he said. “Somebody in the group put us in contact with each other and it turned out she only lived in Washington which is only down the road from us about 15 minutes away.

Fortunately, Goddard was eventually able to pull off what he referred to as a proper proposal and Isobel reportedly said yes.

Goddard joked, “I think the notorious Duergar were having some fun with us but thankfully we got the ring back but Isobel might leave it at home next time we visit the hills to be on the safe side.”