Man sparks heated debate after asking whether vinegar or salt should be put on chips first – so, what do YOU think is the correct way?

A man has sparked a heated debate on social media about the correct way to eat traditionally British chips.

Posting under the name Joe, the man who lives in Warwick, asked his 3,000 Twitter followers whether salt or vinegar should be added first.

The post quickly racked up over 1,000 tweets as the simple question unravelled into quite the heated debate – and while many attempted to justify their preferences, others argued neither condiment should be added. 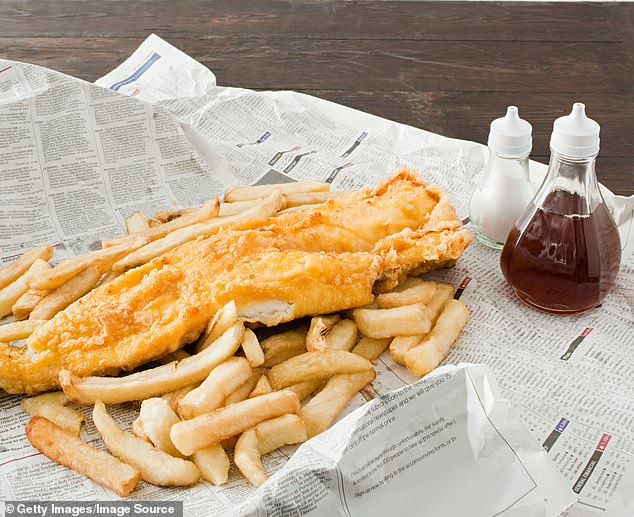 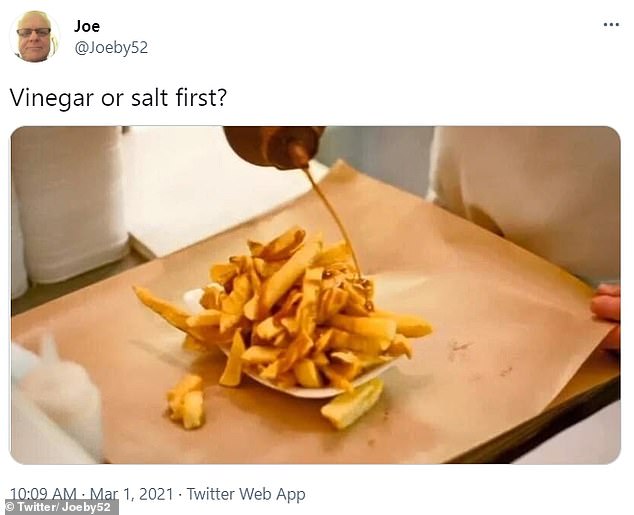 Posting under the name Joe, a man asked if vinegar or salt should be added to chips first (pictured)

And it wasn’t long before the post unexpectedly went viral as foodies voiced their passionate thoughts about the subject at hand.

Many argued salt should be added first to ensure the ingredient is evenly distributed over the chips.

‘Salt first as the vinegar then washes the salt over the rest of chips rather than just very salt chips at the top & hardly salted chips at the bottom,’ wrote one, while a second penned:

‘Salt first, use the vinegar to wash it down to the centre and then more salt. Otherwise the salt sticks to the vinegar on top and those in the centre don’t get salted.’

Others disagreed, with one saying: ‘Having worked in a chippy a long time ago in my youth it’s vinegar first then salt’

‘Gotta be vinegar then salt so the salt sticks to the chips. No one wants a plate of salt,’ another wrote.

A third commented: ‘Gotta be vinegar then salt so the salt sticks to the chips. No one wants a plate of chips.’

One tweeted: ‘Vinegar. No salt, ever.’

Another added: ‘Controversial and I’d say neither. Vinegar is horrid (had an evil dinner lady who turned a dislike of the stuff to hatred).’

Other people including one who claimed to have worked in a chip shop, said the correct order is vinegar then salt