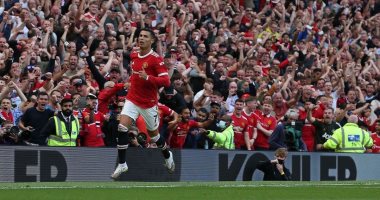 Portuguese star Cristiano Ronaldo is preparing to lead his Manchester United team in the strong confrontation against its guest, Aston Villa, scheduled for 1:30 pm, tomorrow, Saturday, at Old Trafford, in the framework of the sixth round of the English Premier League.

Aston Villa’s net is a favorite for Portuguese star Ronaldo, who has played 12 matches against the Villains in the Premier League, won 11 and drew in a match, scoring 8 goals and providing 4 assists.

The Madeira missile also faced Aston Villa in the FA Cup in two matches, in which he won and scored a goal.

Ronaldo managed to score 3 goals in the English Premier League, after returning to Manchester United after an absence of 12 years, two goals against Newcastle United and a goal against West Ham United.

The Red Devils enter the game after being knocked out of the Carabao Cup in the middle of the week, but they made a strong start to the league, after a dramatic victory at West Ham last weekend, which Jesse Lingard scored a late goal and David de Gea saved a penalty in the last moments of the match to secure the three points in the capital.

Manchester United occupies third place in the English Premier League table with 13 points, after playing 5 games, in which they managed to win four games, while falling into the trap of a tie in one match.