Man United vs Villarreal .. Ronaldo: I want to make history again with the devils 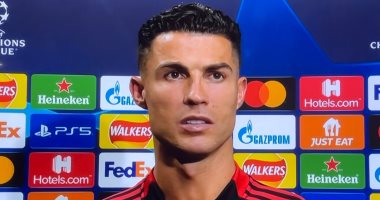 Portuguese legend Cristiano Ronaldo, Manchester United player, spoke about his deadly goal against Villarreal, during the match that took place between them on Wednesday evening, and ended with the victory of the first with a score of 2/1 in the confrontation that was held at “Old Trafford”, in the second round of Group F of the group stage. UEFA Champions League in the current season 2021-2022.

Cristiano Ronaldo said in comments after the match: “Yes, I scored the winning goal, but it was a difficult match. Villarreal played well and we suffered a little and we knew that before the match we were a little nervous, but we were lucky that we missed in the last game. It was a good performance from the players and the public and we should We thank them today.”

Cristiano Ronaldo added: “I think we won an important victory after Telles’ goal. I felt that I could do something that we had to believe in our stadium and our history, and I told the players at the beginning of the game to believe in our chances and it is good that I scored the goal in the last minute.”

He concluded by saying about the fans’ greeting to him: “That is why I came back here, I miss this club so much, I made history here and I want to make it again.”

The Manchester United lineup was as follows:

How does eating shrimp help in treating thyroid problems?