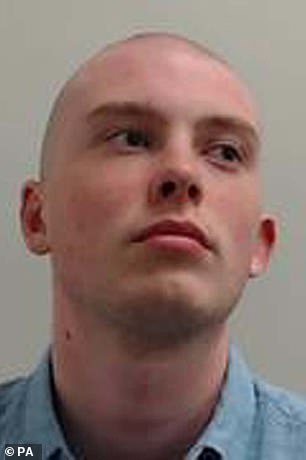 Pictured: Ewan Fulton, 20, has been jailed for three years and two months after admitting culpable homicide in connection to the death of teenager Mhari O’Neill in December 2018

A man who killed a 15-year-old girl by plying her with alcohol and abandoning her on a hill to freeze to death has been sentenced to three years and two months in prison.

Mhari O’Neill was found dead at Calton Hill in Edinburgh and a pathologist determined the most likely cause of death was hypothermia with intoxication playing a role.

Ewan Fulton had met the 15-year-old on the social media app Yubo, which he later described as being like ‘Tinder for teenagers’, before they met up in the city and he bought a litre of vodka.

The court heard Fulton had messaged 15-year-old Mhari saying ‘Ur gonna to freeze to death’ in the hours before their meeting.

Fulton, 20, pleaded guilty to culpable homicide at the High Court in Edinburgh in May, while a number of not guilty pleas, including over unrelated sexual assault and assault incidents, were accepted by the Crown.

The court heard Fulton, of Livingston, West Lothian, had bought vodka and cigarettes for Mhari on December 7, 2018 which they consumed together at at the beauty spot.

It was heard Fulton, then aged 18, had left the teenager in a state of partial undress and unable to seek help as he wanted to get to Waverley train station before the last service home.

During his time with her he engaged in sexual activity with the under age child and compressed her neck.

Sentencing Fulton at the same court on Thursday, judge Norman McFadyen told him: ‘You had no justification for believing that a severely intoxicated child could safely be abandoned in this remote part of Edinburgh on a cold, wet and windy night.

‘There were many things you could have done. You essentially did nothing for her, you panicked and left.

‘There was nothing you could do without assistance and you were not willing to get any assistance for Mhari when she was at her most vulnerable.

‘I accept that you bitterly regret what happened,

‘I consider, because of the gravity of the offence, a custodial sentence is the only appropriate sentence.’

The judge told Fulton that Mhari’s mother had said their lives will never be the same without her. 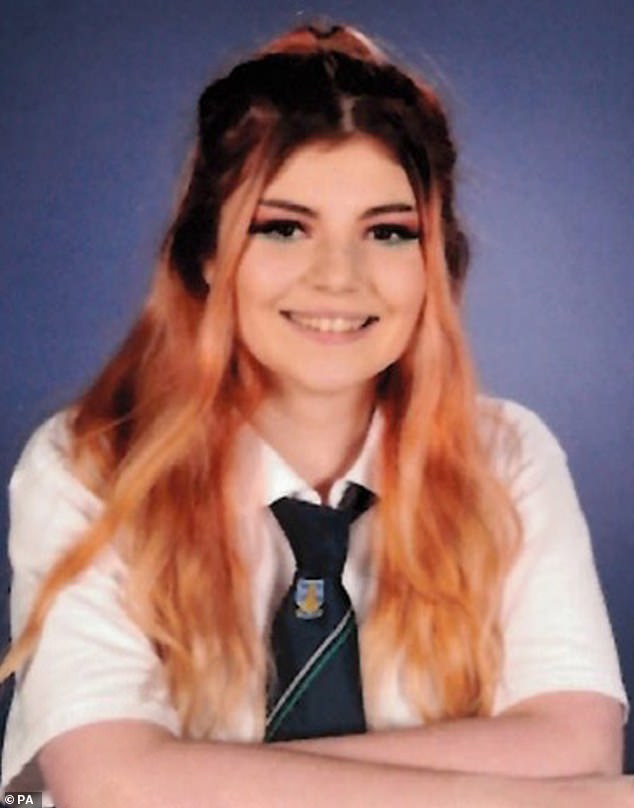 Pictured: Mhari O’Neill was found dead at Calton Hill in Edinburgh in December 2018 and experts determined the most likely cause of death was hypothermia with intoxication involved

Mhari had told her mother that she was planning to visit the city’s Christmas market before meeting Fulton at Waverley train station.

In the lead up to the meeting he had messaged her saying: ‘It is freezing today should’ve worn my pimp coat.’

She replied: ‘DW I’ll freeze with you.’ He responded: ‘Ur gonna freeze to death. OMG.’

They were later seen on Calton Hill that night by a homeless man, Lee McLaughlin, who noticed that Mhari was slouched forward and her speech was slurred.

Prosecutor Alex Prentice QC said: ‘He described the evening as cold and stated he was surprised that the female had no jacket on and felt she may be at risk of hypothermia. He stated that she appeared drowsy.’

Fulton arrived back at the city’s main railway station alone shortly before 11pm and did not appear to be unsteady on his feet in CCTV footage, said the advocate depute. 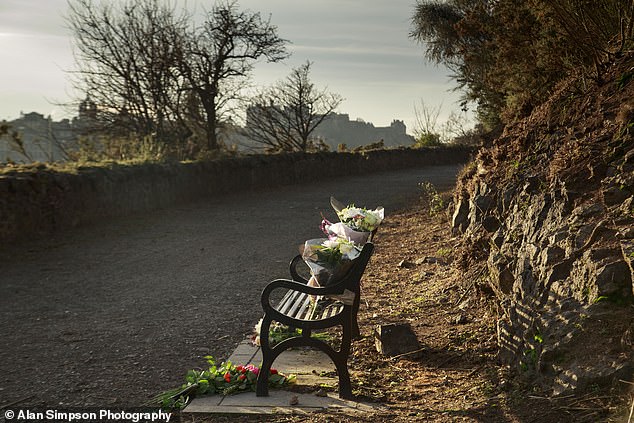 Mhari’s mother, Donna O’Neill had made several attempts to contact her daughter but failed to receive a reply.

After she failed to return home at an agreed time her family began looking for. She was reported missing at about midnight.

A dog walker found her lying face down shortly after 6am the following day in front of a park bench.

‘She was lying on top of a vodka bottle which still had a small amount of liquid in it. Her mobile phone was lying nearby with its screen completely smashed.

Fulton went to work at a shop in Edinburgh that day but later asked to go home, claiming that he felt sick. He said Mhari a message asking: ‘Are you alive?’

He was traced by police as a recent contact of Mhari’s and said he had drunk vodka with her at Calton Hill. 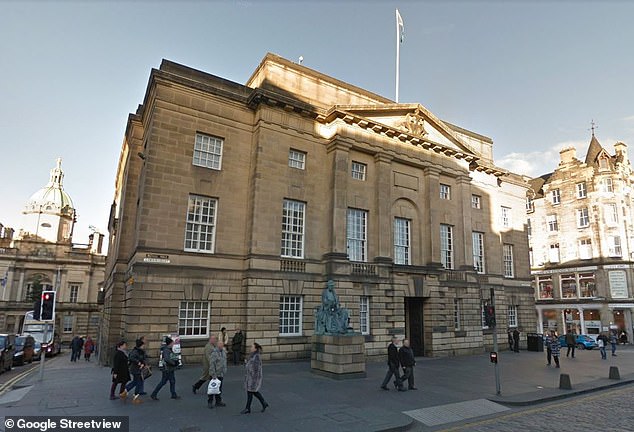 He said they took part in ‘heavy petting’ but after they drank almost all of the large bottle of vodka the affection stopped because ‘she was so f****d’.

Fulton said: ‘It was like she had lost all motor skills, she was too drunk to do anything.’

Fulton told a friend: ‘That girl has a family and if I had stayed she would be alive.’

Defence counsel Shelagh McCall said the author of a background report prepared on Fulton had concluded that the offence was ‘a one off’.

She said: ‘He is a young man who has made a bad decision with catastrophic consequences to make his way to the station.’

The defence counsel added that Fulton, now 20, was ‘full of remorse’ and had made a suicide attempt.

Fulton had previously admitted culpably and recklessly putting Mhari at risk of death by giving her the alcohol to an extent she became unable to look after herself.

The judge sentenced Fulton to 38 months in prison, backdated to May 24, and placed him on sexual offenders register indefinitely.