The final fee for the highly-rated 18-year-old winger is reported to be around £6million, including add-ons.

Sportsmail reported last week that the permanent deal was close to completion and the switch has now officially been given the green light by the Serbian outfit. 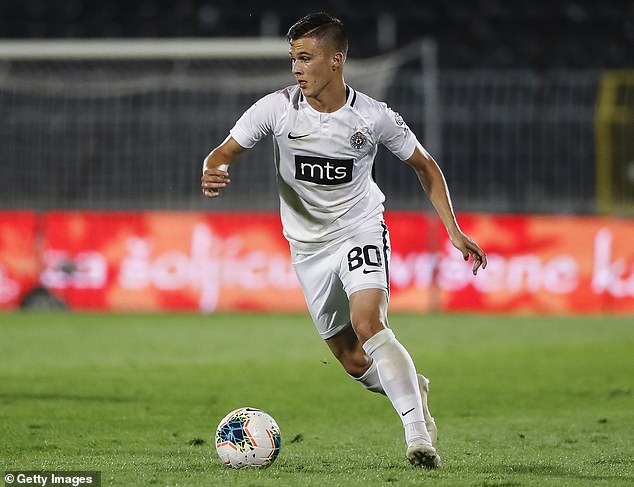 Stevanovic made his debut for Partizan aged 16 and reportedly attracted interest from a number of elite European clubs throughout the summer, including Manchester United.

It is City who have now won the race for his signature, however, although it remains unclear whether the starlet will remain with Partizan for the rest of the season or head out on loan elsewhere.

A tweet from his club read: ‘Partizan is pleased to announce the transfer of Filip Stevanovic to Manchester City in the winter transition period of 2021. 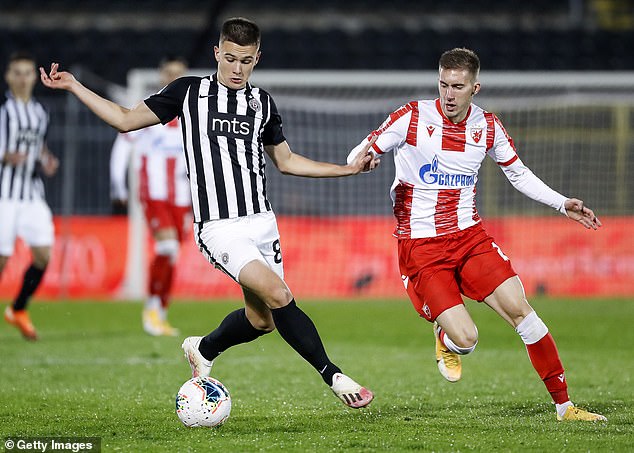 ‘The transfer of Filip Stevanovic to one of the largest European clubs is a significant confirmation of the good and hard work of all club structures.’

Stevanovic is primarily used as a left winger, and has already made 53 first-team appearances for Partizan.

He has netted 12 goals, and recorded five assists, during his time in Belgrade. The Partizan starlet (centre) has made 53 first-team appearances in Serbia, scoring 12 goals

‘I would like Stevanovic to stay until the age of 23, but it will be difficult for him to welcome the next birthday at Partizan as things currently stand,’ he said.

Cut the cord for $10 monthly, but what's the catch?