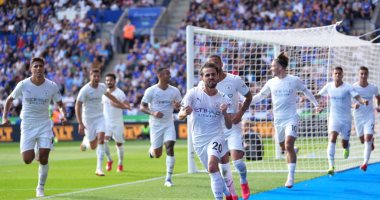 Manchester City will host Southampton at 4:00 p.m. today, Saturday, at the Etihad Stadium, as part of the fifth round of the English Premier League, “Premier League” for the current season 2021-2022.

Manchester City enters today’s match, occupying fifth place in the English Premier League table with 9 points, one point behind leaders Manchester United, while Southampton is in the 14th place with 3 points.

City, led by coach Pep Guardiola, seeks to win and try to be in the title competition and take the lead if the rest of the competitors stumble, while Southampton seeks to achieve its first win of the season, after drawing in 3 matches and losing one.

Man City started its Champions League campaign with a 6-3 victory over Leipzig in Germany.

Manchester City is the team that has scored the most goals so far in the English Premier League with 11 goals, in partnership with rivals Manchester United, and Spain’s Ferran Torres is the team’s top scorer with two goals.

Guardiola had confirmed that he would not apologize to the team’s fans for the statements he made after facing Leipzig by inviting them to attend the matches..

The Spanish coach said in the press conference for the Southampton match: “Maybe the interpretation is wrong, this is not the first time I have said this, this also happened with Barcelona and Bayern Munich.“.

Guardiola had called for more fans to attend the Southampton match, so that there would not be nearly 20,000 vacant seats, as happened against Leipzig,

These statements were not liked by the official group of City fans, as Kevin Parker, general secretary of this group, confirmed that “what he said surprised me a little bit.”“.

How to plan your wedding step by step.. to avoid problems and stifles