The Gunners are currently 15th in the Premier League and lie just five points off the relegation zone after losing their last three games, including a limp 2-0 defeat to Tottenham in the north London derby. 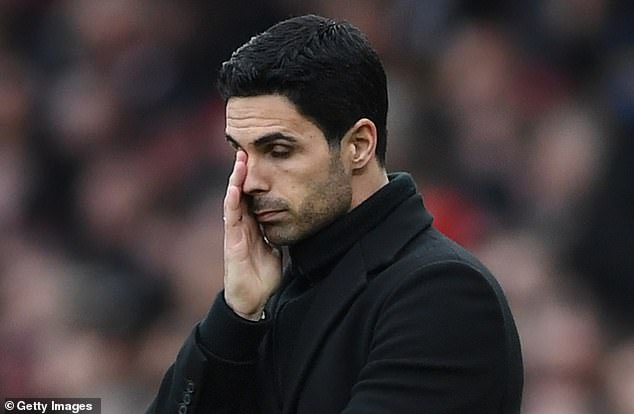 But City boss Guardiola said Arteta needed time to turn things around at the Emirates and was the right man for the rebuilding job.

He said: ‘Arsenal doesn’t have a manager to lead this club in the next years better than him. I don’t have to give my support, because he has it and knows he has it. 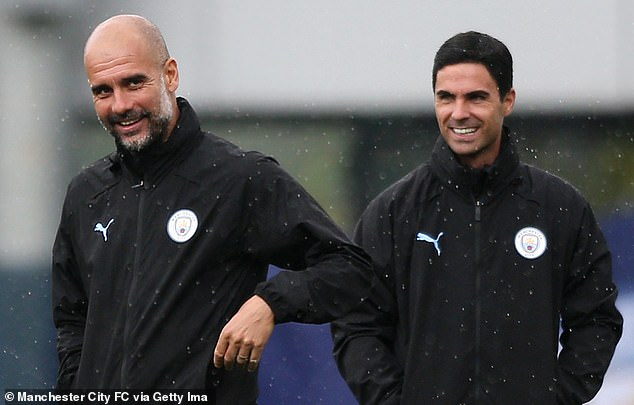 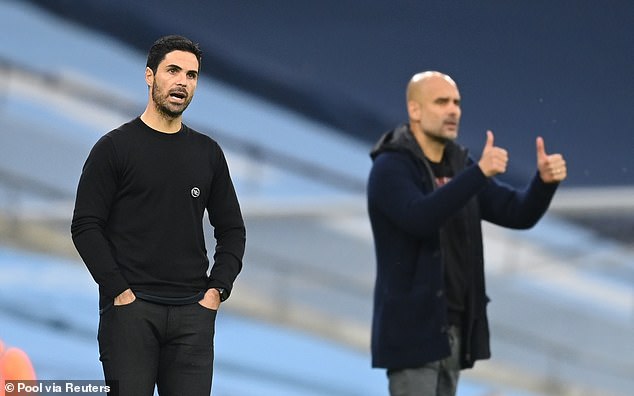 ‘I’m pretty sure he will turn it over and do it like everyone expects. Sometimes when a club comes from not a good period, it needs time. I know in this world, (people think) it doesn’t need time.

‘If I was part of the board at Arsenal, I would not have any doubts about his quality and capacity to put Arsenal in the place that Arsenal deserves to be’.

Granit Xhaka was sent off for a petulant grab around the neck of Ashley Westwood, while captain Pierre-Emerick Aubameyang scored his first career own goal in a 1-0 defeat to fellow strugglers Burnley on Monday. 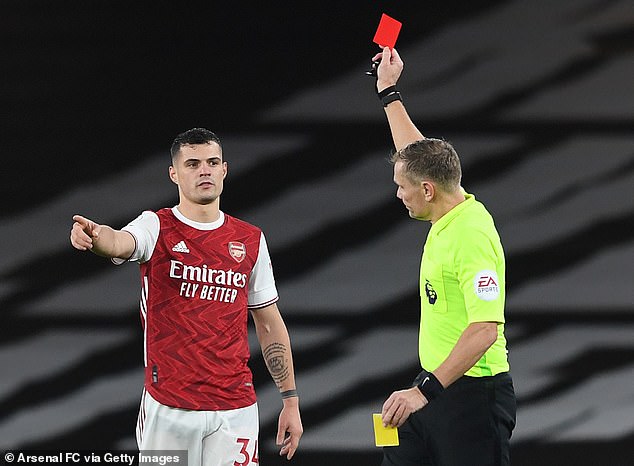 Aubameyang has only scored twice in the Premier League this season after signing a lucrative new three-year contract in September, epitomising the club’s goalscoring woes.

Arsenal have only scored 10 Premier League goals in 12 matches, their lowest number at this point in a top-flight campaign in 39 years.

Arteta’s side host high-flying fourth-placed Southampton on Wednesday evening with the chance to end their five-match winless run in the league. 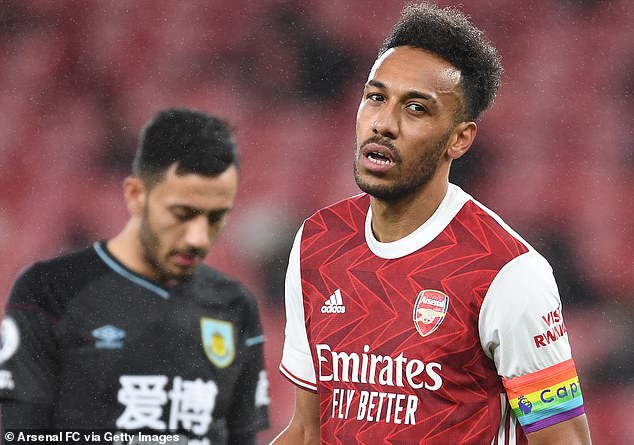 Exclusive pictures show Prince Andrew in the Bahamas with his daughters