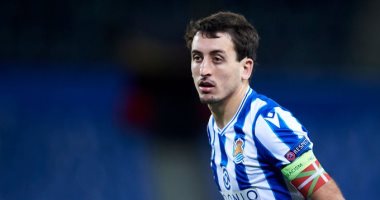 The 24-year-old starred in La Liga last season, scoring 11 goals and providing eight assists for his teammates in 33 games.

And the English newspaper “Daily Star” reported that Manchester City coach Pep Guardiola is a big fan of Mikel Oyarzabal, and wanted to sign him first when Manchester City sold his player Leroy Sane to Bayern Munich.

Mikel Oyarzabal is a versatile and fast player who can play in any attacking position for a team like City, so Guardiola would like to sign him.

However, the source points out that City may have to pay the player’s £70m release clause if they want to sign him next summer.

Manchester City is preparing to meet its counterpart Chelsea in the opening matches of the sixth round of the Premier League, tomorrow, Saturday, at the top of the English Premier League.

City had lost five points since the beginning of the current season, and it occupies fifth place in the English Premier League table with ten points, collected from three victories, a draw and a defeat.

The Grizzlies open with victory and 37 points from Morant