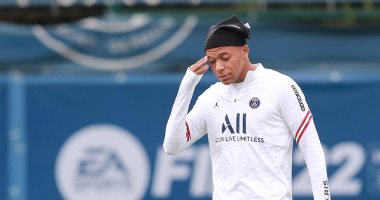 And the Spanish newspaper “AS” said that Manchester City is doing its best to sign the young French striker, as Sheikh Mansour bin Zayed, the owner of City, gave his consent to sign the French star at any cost, according to Ian McGarry and Duncan Castles, English journalists specializing in the transfer market. .

The newspaper added that the owner of Manchester City club gave the sporting director Txiki Bergstein carte blanche to move the negotiations and offer a high salary to persuade the player to sign for Manchester City and not Real Madrid..

Mbappe’s contract expires next June and he continues to reject many tempting offers from Paris Saint-Germain to renew his contract, and the French club rejected an offer from Real Madrid at the end of the last summer transfer period..

Some reports indicated that Real Madrid raised its offer to sign Mbappe from Paris Saint-Germain to 180 million euros ($211.48 million) after rejecting his first offer for 160 million euros..

Paris Saint-Germain star Kylian Mbappe was crowned the best player in the French League for the month of August, presented by the National Football Association, for the sixth time in his career, becoming the most crowned player in it.