Pep Guardiola mapped out Manchester City’s route to the knockout rounds on the eve of their night in Marseille.

‘One win away,’ he said, ‘and win your home games.’ He always wants the group stage done by 10pm on matchday four. But that aim has taken on a little bit of added importance this year, given the fixture list.

Twelve points is usually enough to progress, something City have never struggled with during the Catalan’s tenure. In an ideal world, they will possess that haul when they head to Porto on December 1 for their fifth fixture, effectively giving them a desired midweek off. Do the hard yards and the relaxation will follow; complete your homework now and you can watch a bit of TV before bed. 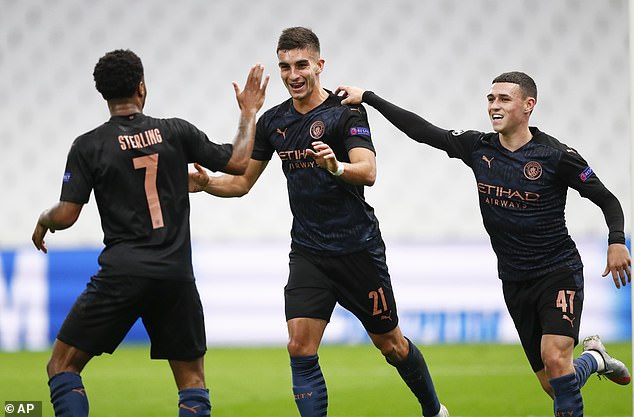 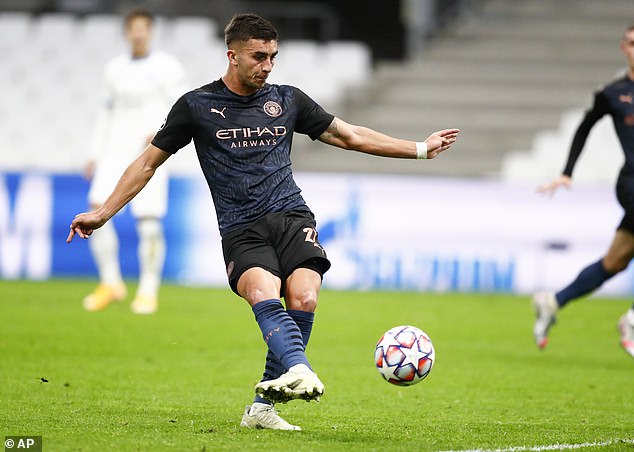 In an ideal world, they will possess that haul when they head to Porto on December 1 for their fifth fixture, effectively giving them a desired midweek off. Do the hard yards and the relaxation will follow; complete your homework now and you can watch a bit of TV before bed.

‘We are so close now to being in the last 16,’ Guardiola said. ‘We are improving, I saw this mentality from the beginning tonight. Our application was exceptional. Playing away is always tough.’

As they edge nearer to Christmas, the unforgiving schedule may appear slightly more palatable with the points already on the board.

It is probably why the three ever-presents — Raheem Sterling, Kyle Walker and Rodri — were still not afforded any rest last night in Marseille’s echoing Velodrome. Two of them had started all eight previous matches this season. Sterling was only given a break for the Carabao Cup second round — and still entered from the bench. 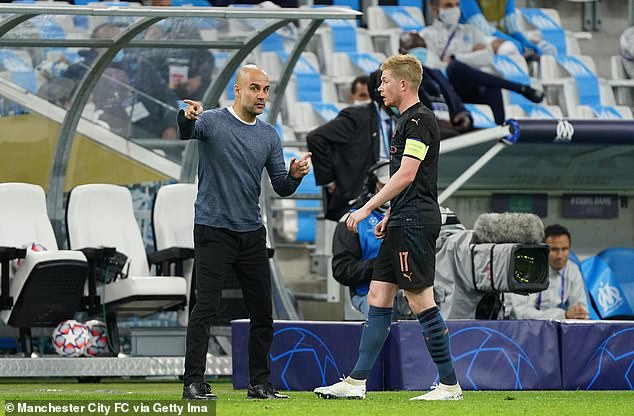 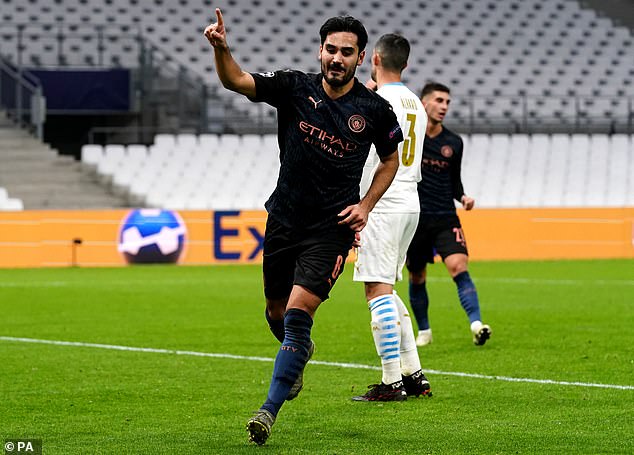 There is essentially no discernible difference in their workload to other seasons, yet it becomes far heavier when only a week of pre-season and the extra internationals are considered.

To his credit, Sterling does not look jaded, his goal – a 21st in this competition – taking him just nine shy of the English record holder, Wayne Rooney.

Ferran Torres was the false No 9 in the absence of stricken Sergio Aguero and Gabriel Jesus and he scored a second Champions League goal in under a week.

Bought for just over £20million from Valencia in the summer, the youngster is quietly producing when handed opportunities, becoming the first City player to score in his first two European outings since Mario Balotelli in 2011. The speed and clear eye for goal that Torres possesses will come in handy.

City were unrelenting; more purposeful, more direct. They were certainly less passive against the sort of stoic back five that can yield results against Guardiola.

‘When they have eight or nine players in the box is not easy but we were very patient,’ the City manager added. 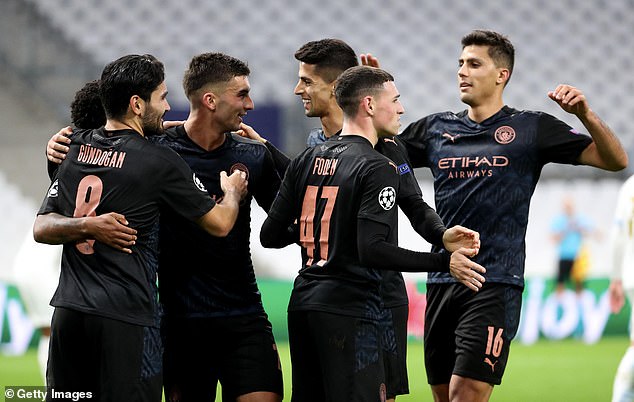 ‘That was the key point. Part of the criticism of us is right but we accept it. Social media is a masterpiece when you win, a disaster when you lose. Let’s be calm.’

The attitude was right, a determination not to falter, which is often most apparent by the number of fouls committed as the opposition break at pace. When Marseille attempted to counter, they were halted before the attack could begin.

This was the second occasion when Ruben Dias and Aymeric Laporte have lined up as partners, Guardiola’s preferred pairing. That was evident by the team’s general dominance. City can believe the defensive element of their issues will sort itself out with these two complementing each other.

Any defensive muddle is often exacerbated by stagnant attacking play and add that to a constant spate of injuries, it is obvious why City have not hit the heights so far.

The energy expended in France may have an impact at Sheffield United on Saturday, but Guardiola will hope for long-term benefits.