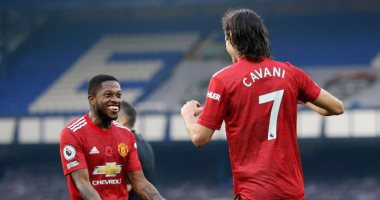 Press reports revealed that Manchester United decided to exclude the duo, Fred and Edinson Cavani, from participating in the Newcastle United match, which is scheduled for 4:00 pm tomorrow, Saturday, at Old Trafford, the stronghold of United, as part of the fourth round of the English Premier League. For the current season 2021-2022.

The newspaper “Manchester Evening News” reported that Manchester United did not accompany the duo, Brazilian Fred and Uruguayan Cavani, to the “Laurie Hotel”, which the team is staying at before playing the matches.

The newspaper indicated that the exclusion of the duo from the list of the match is due to the decision of the International Football Association (FIFA), not to participate in the period from 10 to 14 September, after they were excluded from participating with their national teams in the 2022 World Cup qualifiers, during the international break last week. .

According to the British newspaper, the Manchester United squad list for the match is as follows:

It is expected that Cristiano Ronaldo will participate in today’s match, if at least as a substitute, after coach Solskjaer confirmed his participation.

Manchester United enters tomorrow’s match, occupying third place in the English Premier League table with 7 points from two victories and a draw, two points ahead of leaders Tottenham Hotspur, and a goal difference from West Ham United, the runner-up.

How many times have the princesses of the royal families wore dresses that cost less than $100?