The account of the English Manchester United team celebrated the first training of Portuguese star Cristiano Ronaldo, after his return to the stronghold of the Red Devils, after he recently joined from the Italian club Juventus to return again to his English club.

And the United account, via Twitter, published screenshots of Don’s first training with the Devils, accompanied by a comment: “Today’s training makes us feel a little nostalgic.” 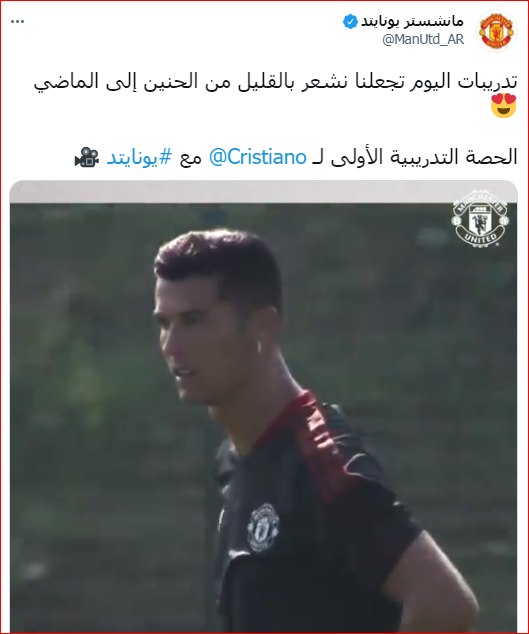 Today, Tuesday, the official website of the Manchester United team announced the arrival of the team’s striker, Cristiano Ronaldo, to the Red Devils training headquarters, and his meeting with his coach, Ole Gunnar Solskjaer..

And the official website of the Devils published an official statement on its website and through its account on Twitter, in which he confirmed that Ronaldo did not waste any time and joined the training session with his colleagues today, adding that Ronaldo is enjoying the first day at Carrington..

Ronaldo returned to Old Trafford after 12 years of absence, as Cristiano Ronaldo spent his first day at Carrington after returning to the club before the end of the summer transfer period..

The statement added that Ronaldo was keen to return to familiar territory, to begin this exciting final chapter of his career with United, after breaking the record for men’s international goals while with Portugal last week..

Avoid eating habits to reduce inflammation.. Make sure to eat vegetables and no fast food