‘That one was for you bro’: Manchester United starlet Mason Greenwood dedicates his first Champions League goal to Jeremy Wisten after former Manchester City youngster’s tragic death at 17

Wisten tragically died at the age of just 17 this week, with players such as City’s Raheem Sterling leading the tributes to the Malawi-born defender who played for the club’s elite youth squad after joining in 2016.

Greenwood netted the opener in United’s group stage clash against Leipzig on Wednesday night as he got the team rolling en route to a rampant 5-0 win, and decided to show his respect to Wisten on Twitter after the game. 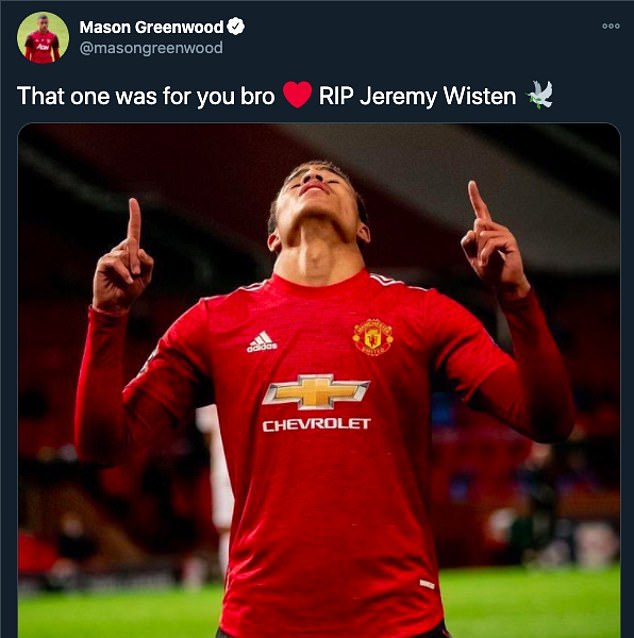 The 19-year-old showed off a picture of him celebrating by pointing to the sky at Old Trafford and wrote: ‘That one was for you bro. RIP Jeremy Wisten.’

Greenwood’s strike, which incredibly turned out to be his first shot in the Champions League, was followed up by Marcus Rashford’s hat-trick and Anthony Martial’s penalty to wrap up a superb night for Manchester United.

Wisten, who played as a centre-back, moved to the UK with his family as a child and had high hopes of making it as a professional.

In a statement, Man City said they were ‘saddened’ by his death and sent their condolences to his loved ones. 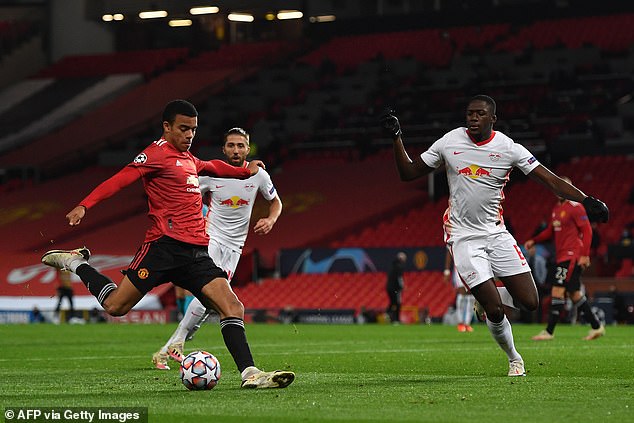 ‘The Manchester City family are saddened to learn of the passing of former Academy player Jeremy Wisten,’ the club said on Twitter.

City defender Aymeric Laporte has also joined the chorus of tributes as he posted a blue heart on Twitter and said: ‘Horrible news… RIP, young man.’

And Wisten’s former team-mate Cole Palmer, who made his Champions League debut for the club this week, said: ‘You will be forever missed. Fly high, my brother. Rest in paradise.’