Mancini: We were not more efficient in front of goal and we must beat Switzerland 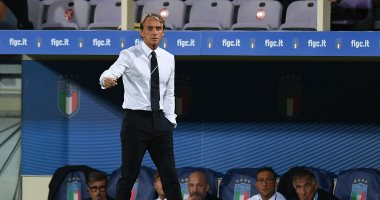 Roberto Mancini, the coach of the Italian national team, champion of the last European Nations Cup “Euro 2020”, expressed his extreme distress at the disappointing draw in which the Azzurri fell against Bulgaria 1-1, in the meeting that brought them together Thursday evening at the “Artemio Franchi” stadium in Florence, as part of the competitions Fourth round of Group C of the European Qualifiers for the 2022 World Cup.

“It was one of those matches where we could have played for another 30 minutes without scoring a goal,” Mancini said in comments immediately after the match. And“We should have been more efficient on goal, we created many chances,” the Italy coach added.

“We should have been more clinical, we did our best to win this match, we have an important game on Sunday and we have to win,” Mancini explained.

Italy top Group C with 10 points in four matches, and they face second-placed Switzerland in Basel on Sunday.

In a related context, the “Opta” network, which specializes in monitoring statistics, stated that the Italian national team reached its 35th match in a row without defeat, equaling the record for the teams of Brazil and Spain.

Mancini also became the first coach of the Italian national team to succeed in unbeaten in 18 consecutive matches at home, surpassing the previous record, which was registered in the name of Marcello Lippi, with 17 matches.