A mansion owner has won a legal battle to keep 32ft leylandii trees outside her property after the council failed to specify which plants had to be chopped down.

Alessandra Dellantonio, who owns a listed 19th century home in Inverness, became embroiled in a feud with her neighbour Janice Gordon over the greenery.

Ms Gordon had claimed her home was being plunged into darkness by leylandii and spruce trees beside her property.

She then went to Highland Council and successfully used high hedge legislation to have the trees lopped to just 7ft.

The council said the trees were causing an ‘unacceptable reduction’ of light and should be reduced in height. 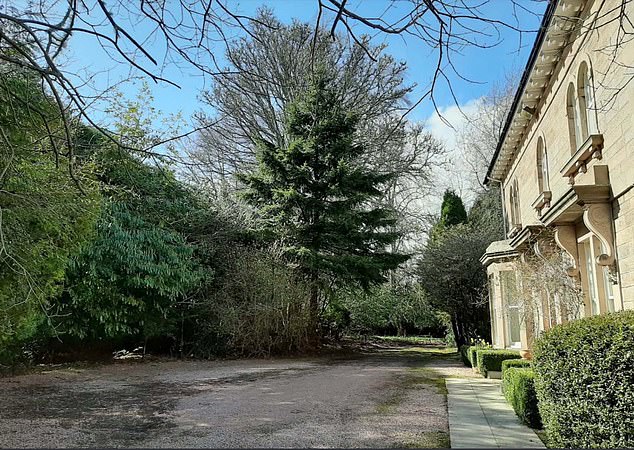 Alessandra Dellantonio, who owns a listed 19th century home in Inverness (pictured), became embroiled in a feud with her neighbour Janice Gordon over the greenery

However, Mrs Dellantonio appealed the ruling with the Scottish Government.

She argued the trees were protected under a legal order, were regularly attended to by tree surgeons and also afforded her privacy from her neighbour.

Mrs Dellantonio also said the council had not made it clear which trees were to be cut down under the terms of their high hedge notice.

It was claimed that cutting down the trees would also impact local wildlife such as roe deer, pine martens, tawny owls and buzzards.

The Government said the trees were causing Miss Gordon a loss of amenity but overturned the council ruling after deciding it blundered when issuing a high hedge notice and failed to identify which trees had to come down. 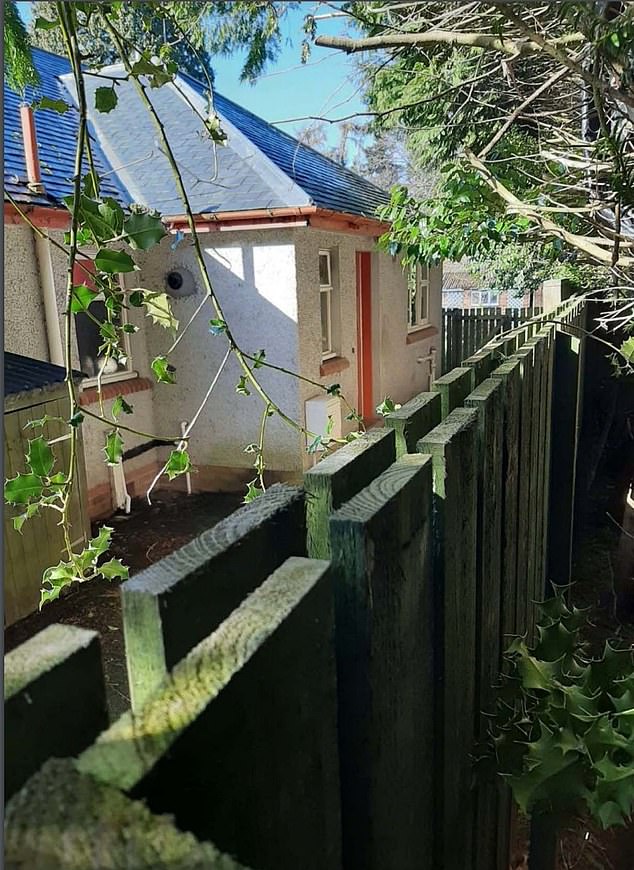 In a letter to the Government, Mrs Dellantonio said: ‘The council are aware that requiring these trees to be reduced to 2.25m will likely cause the trees to die.

‘Such an aim to have the trees felled is beyond the council’s powers in terms of the act, a mis-use of the notice and not the intention of the act which is clearly focused on reducing the height of hedges, and not the effective removal of same.

‘If the council’s true intent is to simply reduce the height of the trees, then that should at most, be done in a gradual fashion to preserve and protect the trees. Accordingly the notice should be quashed.’

A letter on the behalf of Miss Gordon said: ‘There appears no doubt from the density, alignment and position of the trees that they had been planted to form a narrow vertical evergreen screen between the properties.

‘Most would call this a hedge. Had they subsequently been managed at a height of a few metres there would have been lasting mutual benefit to both properties, but they have not and have grown to a height of 10 metres or so, towering over my client’s property, only a few metres from the building.

‘The hedge takes up a very small proportion of the curtilage of the appellant’s property but could not be positioned more skilfully to deprive my client’s property of enjoyment of light.

‘No technical argument about its maintenance or lack thereof should thwart the clear intentions of parliament to give relief to persons adversely affected by its like. 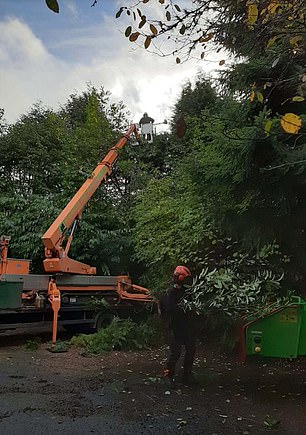 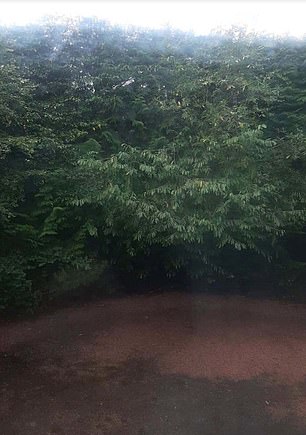 Ms Gordon had claimed her home was being plunged into darkness by leylandii and spruce trees beside her property. Pictured: The trees

‘The conservation, listed building, ecological, privacy, subsidence, shelter and other arguments presented are either not relevant or are subjective and partisan and are outweighed by the disproportionate adverse effects of the hedge.

‘No sound argument has been presented that the High Hedge Notice should not be confirmed.’

Allison Coard, of the Scottish Government, quashed the council verdict and ruled the trees did not have to be lopped because of an error.

She said: ‘I have concluded above that there is a hedge under the terms of the act and that it is resulting in a consequent loss of amenity such as to justify the issue of a notice and the consequent reduction in the hedge height.

‘However in this case I have found the council’s notice does not define the hedge or provide the necessary clarity of the trees to be reduced in height.

‘Consequently I find the notice does not comply with the terms of the Act. I have carefully considered whether the notice could be varied to rectify the identified deficiencies.

‘However I find there is a lack of sufficient information to enable me to do so and I consider the extent of the changes required would in effect require a new notice.

‘Consequently I find no alternative but to quash the high hedge notice.’