Maradona ‘enjoyed being described as a villain’, says journalist who knew him 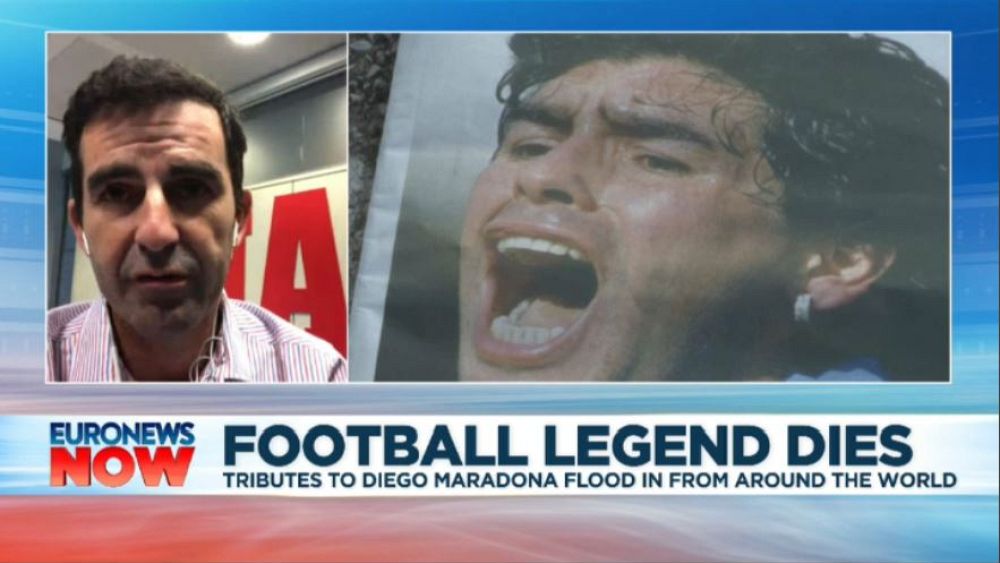 Tributes to the late football legend, Diego Maradona, have been pouring in from around the globe with so many people remembering their amazement and joy at the Argentine”s footballing exploits.

Juan Castro is a journalist for Spanish daily sports paper, Marca, who interviewed the legend more than a dozen times during his career.

Speaking to Euronews NOW, he explained how much of an impact Maradona had on life in Naples where he played for seven years, leading the Italian side to two Serie A titles, their first in 1987. A feat they have yet to repeat since his departure.

“He was hailed as a hero for sure by millions in the city but he also enjoyed being described as a villain,” says Castro. “He really had two sides to his personality, like a lot of top performers and that’s what made him so endearing to many”.

“He had a special relationship with England for sure because of Argentina’s 1986 World Cup victory but he was admired by many in the press,” adds Castro who believes the maestro will be more loved than hated despite his “hand of goal” against Peter Shilton.

Watch the full interview with Juan Castro in the above player.