Argentine football legend Diego Maradona has gone into coronavirus isolation after one of his bodyguard began showing symptoms of the virus.

The 59-year-old, who turns 60 on Friday, began isolating at his home in Argentina on Tuesday, after last coming into contact with the guard on Saturday.

Maradona is not currently displaying symptoms, and is due to be screen for the virus on Thursday. He is considered at risk from the virus because of poor health caused by drug and alcohol abuse, and weight issues. 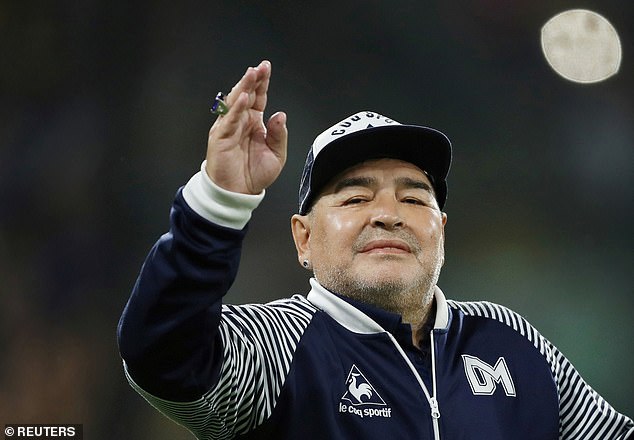 Maradona went into coronavirus isolation at home in Argentina on Tuesday after a bodyguard, who he came into contact with on Saturday, began showing symptoms of the virus (file)

The guard is set to undergo a coronavirus test today, local media reported, after displaying symptoms including a fever and a loss of taste and smell.

Maradona has a history of health issues. In 2004, he was treated in hospital for severe heart and respiratory problems linked to his drug abuse.

He has also undergone two gastric bypass operations to control his weight and received treatment for alcohol abuse.

In January, he had surgery to stem bleeding in his stomach and in July he underwent a knee operation. 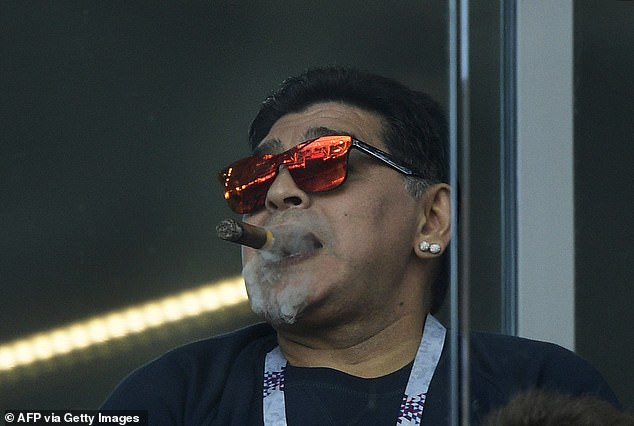 The 59-year-old, who is set to turn 60 on Friday, has a history of health problems related to drug and alcohol abuse, and is currently overweight – putting him at risk from the virus (file)