‘On this occasion we have to try to be stronger than him’: Diego Maradona’s personal doctor reveals battle with ‘difficult’ Argentina legend as he pushes to leave hospital after surgery to remove a blood clot from his brain

Diego Maradona’s personal doctor has revealed the Argentina legend is pushing to leave hospital early – against medical advice – following surgery on his brain.

Maradona had an operation on a subdural haematoma, a blood clot on the brain, after being admitted to a hospital to the north of Buenos Aires on Monday.

But speaking to MARCA about the latest updates regarding the 60-year-old’s condition, personal doctor Leopoldo Luque has revealed he has faced a challenge in convincing the former star to continue his recuperation under his supervision. 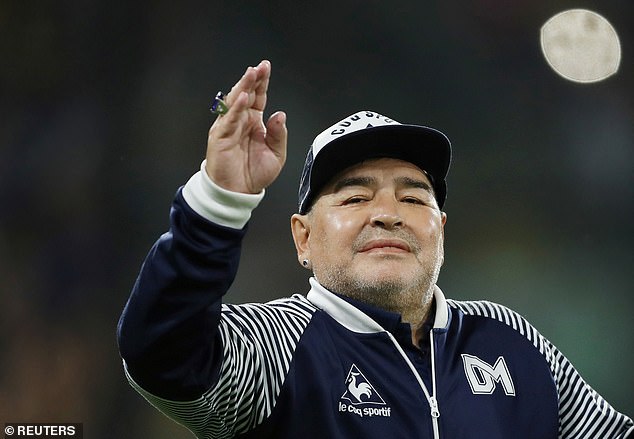 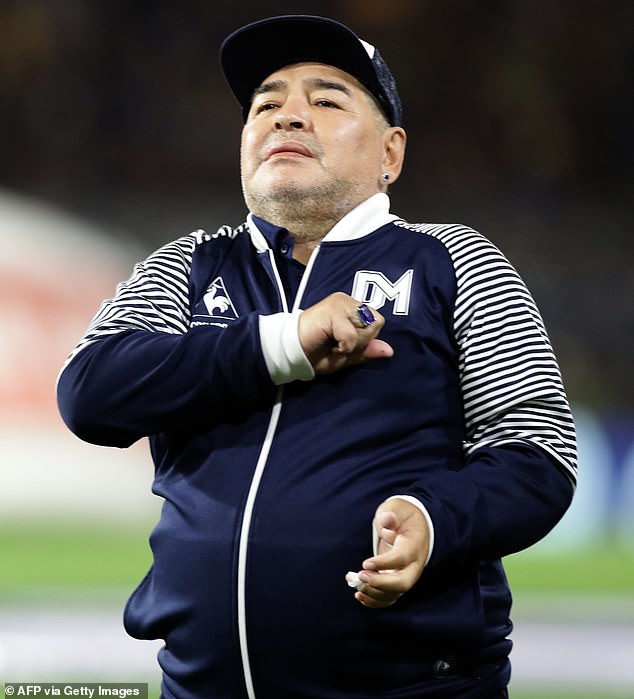 ‘I think it’s one of the first times that Diego has been told “no”,’ the Spanish outlet reported Luque as saying.

‘Diego is very difficult – very difficult. You can’t imagine what Diego is like, but on this occasion we have to try to be stronger than him. [He] keeps insisting [on leaving hospital].’ 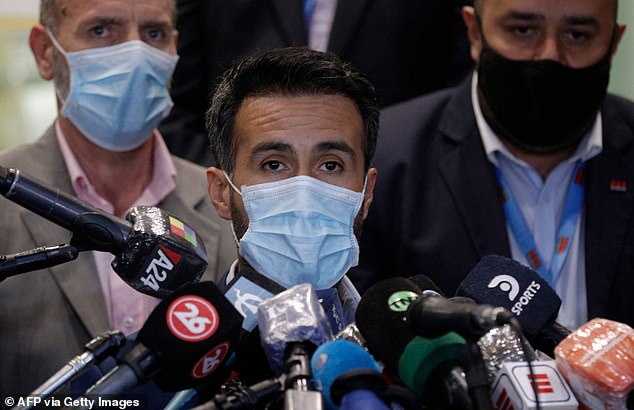 Luque’s update came after he revealed on Friday that Maradona was suffering from ‘confusion’ caused by an unexplained ‘abstinence’ that followed his brain surgery.

Luque did not reveal what sort of abstinence he was referring to, but Maradona, the former Barcelona, Napoli and Boca Juniors player, has previously battled addiction to drink and drugs.

Maradona, who won the World Cup with Argentina in 1986 and is now the coach of Gimnasia y Esgrima in his home country, has been admitted to hospital on a few occasions since his retirement. 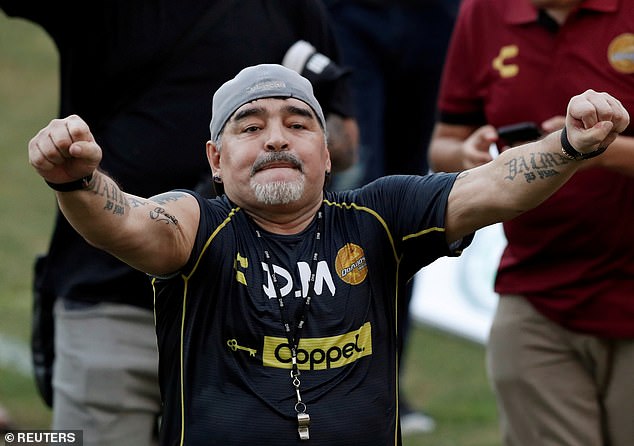 He almost died of cocaine-induced heart failure in 2000 and underwent years of rehabilitation.

Maradona had a 2005 gastric bypass operation to lose weight and was once more hospitalised two years later for alcohol-induced hepatitis.

He also fell ill at the last World Cup in Russia, where he was filmed passing out in an executive box when Argentina took on and beat Nigeria in Group D.