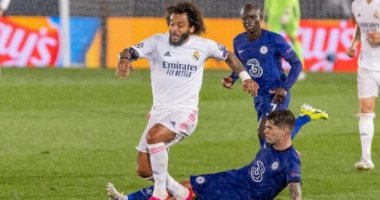 Junior Marcelo, Real Madrid’s Spanish player, returned to the team’s training, in preparation for Espanyol’s meeting with Real Madrid, a guest, on Sunday, at Power 8 Stadium, in the eighth round of the Spanish League.

Yesterday, Thursday, the Royal Club resumed its group training, in preparation for facing Espanyol, and the official account of the team published the team’s preparations through several photos and scenes, in addition to a video clip of Marcelo while he was receiving strong training, after the day he rested for his participation against Sheriff Tiraspol in the Champions League.

The Spanish “Bernabeu Digital” website stated that Real Madrid coach Carlo Ancelotti is seeking to prepare the players for the difficult match against Espanyol, especially as it comes days after the disastrous defeat against the Moldovan champion Sheriff.

The Brazilian star Marcelo was absent from the team for about 10 days due to his second injury this season, which was in the tendons of his right leg.

The Real Madrid team resumed its group training yesterday, in preparation for facing Espanyol, and Real Madrid leads the top of the Spanish league standings with 17 points, while Espanyol is in the fourteenth place with 6 points.

Designing a game of gold and silver to calm the nerves .. Know the price "video"