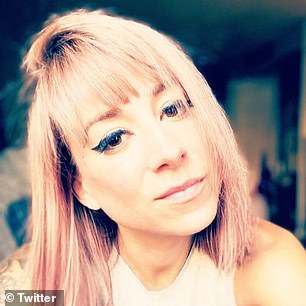 The article was authored by feminist writer Danielle Campoamor

Fashion magazine Marie Claire has been slammed by pro-life and conservative groups after publishing an article that calls for more depictions of abortion in film and television.

The article, by feminist writer Danielle Campoamor, argues that there should be more plotlines involving parents having the medical procedure because examples of abortion in the media often involve single, affluent teenagers who aren’t ready to be mothers.

The piece adds that abortion is a saving grace for pregnant parents who are financially struggling and can’t afford to have another child.

It reads, ‘Simply put, limiting or otherwise trying to stifle access to safe, legal abortion services not only harms pregnant people but also the children they’re already caring for.’

But pro-life and conservative readers dragged the article on Twitter. 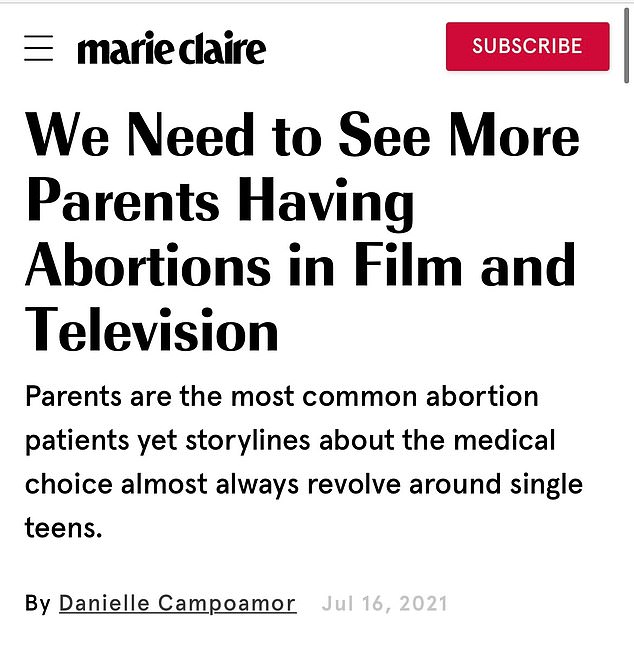 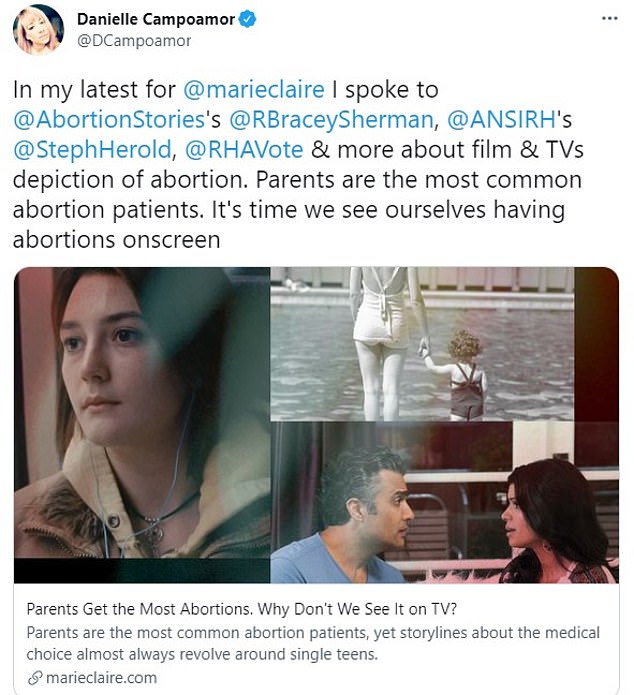 The article, by feminist writer Danielle Campoamor, argues that there should be more plotlines involving parents having the medical procedure because examples of abortion in the media often involve single, affluent teenagers who aren’t ready to be mothers

The Daily Caller’s Mary Margaret Olohan said that the Marie Claire piece, ‘argues that poor parents should abort their unborn baby for the benefit of the unborn child’s siblings.’

Abigail Marone, press secretary for Missouri Republican Senator Josh Hawley, shared Olohan’s tweet and added, ‘Disturbing. A human life is not any less valuable because his or her parents have less money — any suggestion otherwise is shameful.’

The story did not garner much attention when shared to Facebook, but all four comments were from angry readers.

One commenter, Debbie Cachat-Redig, wrote, ‘Why would you ever make abortion ‘normal’? There is nothing ok about abortion! The scars and guilt it leaves for the rest of a women’s life is nothing to celebrate! I just have no words for this craziness! Killing a baby should be made ‘normal?’ ‘ 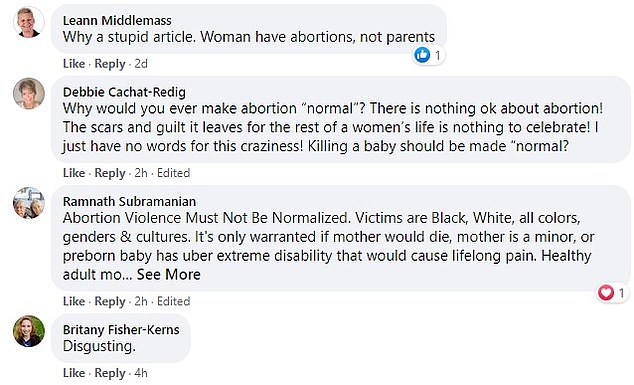 The story did not garner much attention when shared to Facebook, but all four comments were from angry readers 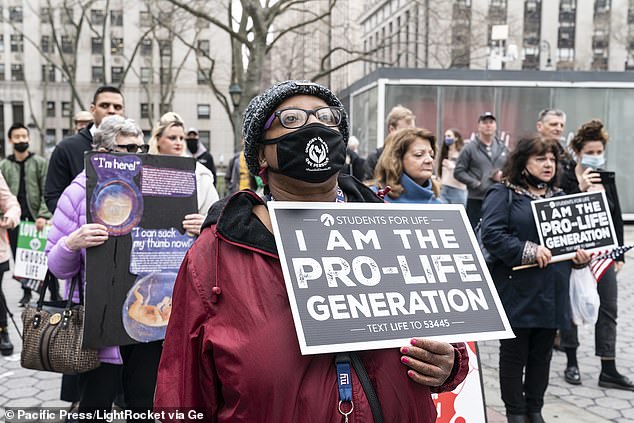 Marie Claire stoked the flames in the abortion debate after publishing a piece advocating for more depictions of the medical procedure in film and television. Above, file image of anti-abortion rally on Foley Square in New York in March

The piece references movies and television shows like Jane the Virgin, which depict teenagers having an abortion because they aren’t ready to be parents

But Campoamor’s piece says that it’s important for other groups who have had abortions to know their not alone, especially older patients who already have children.

It reads, ‘Countless studies have highlighted the importance of representation in the media . . . The same is true of abortion—a safe medical procedure one in four women (as well as trans men and non-binary people) will have by the time they’re 45. But accurate depictions of the most common abortion patients, parents, is still severely lacking.’

Renee Bracey Sherman, executive director of abortion advocacy group We Testify, told Marie Claire in the article that, ‘The majority of people who have abortions are already parenting, but on television and film, it’s nearly always someone young, white, and wealthy who is trying to avoid parenting.’ ‘

The article adds, ‘Studies have shown that when parents are denied abortion care, their children are more likely to live below the poverty level or live in a home without enough money to pay for food, housing, and transportation. Studies have also shown that the states with the most restrictive abortion legislation have the worst maternal and infant mortality rates.’

The piece was lauded by abortion advocates and service providers, some of which were quoted in Campoamor’s story.

Steph Herold, a researcher at the Oakland, California-based medical academy Advancing New Standards in Reproductive Health (ANSIRH) told Marie Claire, ‘Because there are also shockingly few depictions of parents, particularly parents of color, having abortions, it reinforces this false dichotomy between people who have abortions and people who have children. We know the reality is that they’re the same person at different points in their lives.’

After the story was published, ANSIRH and the UCSF Bixby Center for Global Reproductive Health both shared the article with Herold’s quote. 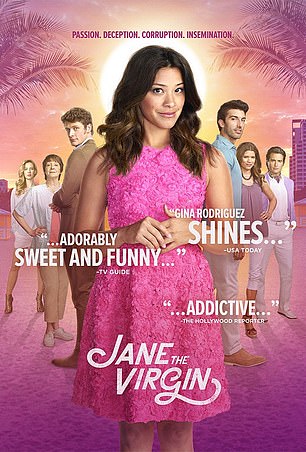 The piece references movies and television shows like Jane the Virgin, which depict teenagers having an abortion because they aren’t ready to be parents

The Marie Claire piece says depictions of abortions on TV have dropped in recent years.

It quotes a December 2020 study from ANSIRH that says 43 television shows featured an abortion storyline in 2019, but only 31 shows did so in 2020.

It adds, ‘Still, the significant increase in depictions of abortion in films has done nothing to remedy the discrepancies between the fictional characters who have abortions and real patients who seek out the services. In 2020, of the characters who did have abortions on film, 73 percent were white, one-third were teenagers, and not a single one was a parent.’

Marie Claire isn’t the only media outlet that recently received backlash for its abortion statements.

MSNBC host Joy Reid has compared Republicans in Texas to the Taliban on July 12 after lawmakers approved a new anti-abortion law that offers a $10,000 ‘bounty’ to private citizens who can sue anyone violating the ban.

Reid tweeted, ‘This is Talibanism. Are Texas conservatives going to be spying on women of childbearing age and turning them in for the bounties?’

Texas Governor Greg Abbott, a Republican, signed the law in May. It bans abortions in Texas before many women even know they are pregnant. But the law differs singularly from similar efforts nationwide: leaving enforcement to private citizens, who can sue doctors or anyone who helps a woman get an abortion.

PAUL THOMAS on... the PM's isolation

Rory Best: ‘On and off the pitch, CJ Stander has always put team over self’

Among Us Launches On Xbox Game Pass For PC, Will Come To Xbox Consoles In 2021

The Skinny-Fat Solution by Anthony Mychal

Republican resistance to Home masks mandates has trickled right down to the workers degree, with unmasked...