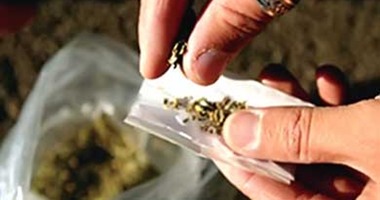 The British newspaper “The Guardian” said that foreigners are facing a ban from hashish cafes in Amsterdam, as part of large-scale plans to discourage organized crime and reduce drug tourism, which has provoked mixed reactions from residents and business owners..

With the support of the police and prosecutors, the city mayor, Vimke Halsema, has put forward proposals that only allow Dutch residents to enter the 166 cafes that sell marijuana, and the measure will likely go into effect sometime next year..

A government research shows that 58% of foreign tourists who visit Amsterdam come mainly to get marijuana, according to Halsema, while another study showed that the city would subsidize fewer than 70 cafes if the service was offered to locals only..

“Amsterdam is a cosmopolitan city and we want to attract tourists – but for its wealth, beauty and cultural institutions,” the mayor said, adding that the hemp market was very large and had too many links to organized crime..

She said the city could remain “open, hospitable and tolerant,” but at the same time it would make life more difficult for criminals and reduce mass tourism on low budget..

The Guardian said that cannabis is de facto illegal in the Netherlands, but possession of less than five grams (0.18 ounce) of the drug was criminalized in 1976 under the “policy of tolerance.” Production is still illegal but coffee shops are allowed to sell.

Halsema said that the procedure will take a few months to become effective because a period of consultation and transportation will be required for the owners of the coffee shops, and the city wanted to present a distinct scheme to the approved vendors..

A similar ban, backed by a 2012 law, already exists in cities like Maastricht and Den Bosch, which have long complained of excessive numbers of visitors who smoke and cross the borders from Belgium, Germany and France..