Huge upset as Marin Cilic crashes out of the Sofia Open in the first round after losing to world No 399 Jonas Forejtek – who was playing in his first ATP Tour match ever – in straight sets!

Wild card Jonas Forejtek knocked out former world number three Marin Cilic in the first round of the Sofia Open.

The Czech player, ranked 399th in the world, was a wildcard for the tournament but beat Cilic in straight sets 6-3 6-2 to ensure his progress to the second round.

Forejtek converted four of his five break points to beat Cilic in just 66 minutes in his first match on the ATP Tour. 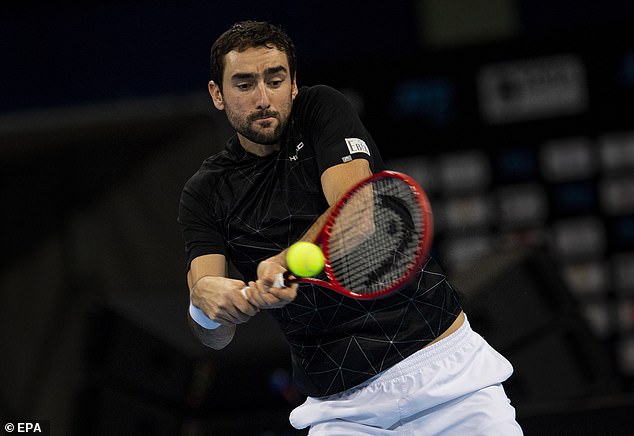 Adrian Mannarino recovered from a set down to progress through to the second round in a hard-fought 3-6 6-1 7-5 win over Martin Klizan.

Mannarino served 10 aces to book a date with Egor Gerasimov in the next round after he beat Viktor Troicki 6-3 3-6 6-3.

Vasek Pospisil saved eight out of 10 break points to beat Ilya Marchenko 6-2 5-7 7-6 and will face fourth seed Jan-Lennard Struff in the second round.

Salvatore Caruso came back from a set behind to secure a 4-6 6-4 6-4 victory over Bulgarian wild card Dimitar Kuzmanov. 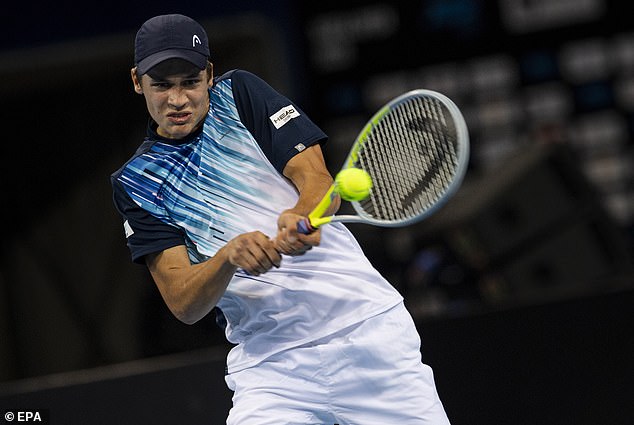 Transgender woman, 26, crowned Miss New Zealand - despite being disowned by her family

MARTIN SAMUEL: It is ludicrous to stage England's dead rubber against Iceland in Albania