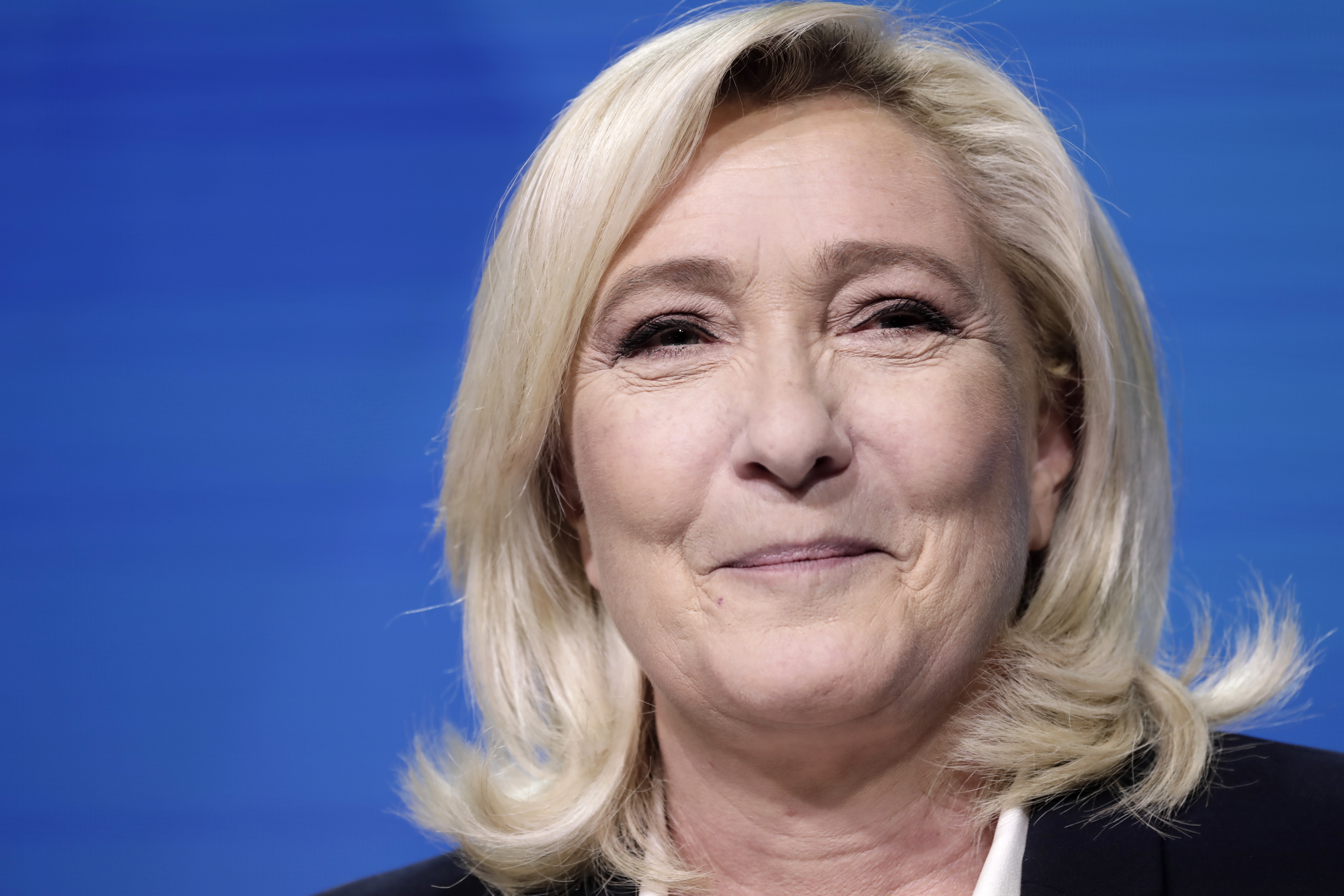 PARIS — The relief felt by supporters of French President Emmanuel Macron as election results rolled in late Sunday has been short-lived.

While the incumbent beat far-right leader Marine Le Pen in the first round of voting in the presidential election Sunday, with 27.6 percent versus her 23.4 percent, much could still change by the head-to-head second-round vote in two weeks.

While the fight is a repeat of the 2017 runoff, which then-political newcomer Macron won easily, Le Pen this time has a plan for success — although polls still point to Macron winning reelection for a second five-year term.

Le Pen’s campaign team hopes that France’s changing political landscape — the mainstream center-right and center-left parties have been virtually obliterated — and hostility toward Macron as the incumbent will help take her to the Elysée.

As Macron and Le Pen now scramble to pick up the votes of their unsuccessful first-round rivals, the far-right National Rally leader will be hoping that the so-called cordon sanitaire — which in the past saw voters sometimes hold their nose and vote for a candidate they didn’t support just to keep the far right from winning — may be weakening.

According to her supporters, Le Pen also goes into this second round race better prepared, with a stronger campaign and with plenty of untapped votes to draw on.

“Yesterday something happened. People realized that Macron can be beaten,” said Gilles Pennelle, a National Rally regional councillor. “We can beat Macron because another term for him would be a disaster for the French people and because we can show we are credible and capable of running the country.”

According to POLITICO’s Poll of Polls, Le Pen could win 47 percent of the vote in the April 24 runoff, and one poll taken after the first round results showed Macron edging reelection by the slimmest of margins, by 51 percent to 49 percent.

Could it be third time lucky for Le Pen?

“The polling now doesn’t mean that’s how people are going to vote in 15 days,” said Jean-Daniel Lévy, pollster for Harris Interactive. “There’s a second round campaign to come, a TV debate. Things are still going to shift.”

Le Pen has taken several high-risk choices she hopes will now bear fruit as she goes toe-to-toe with Macron.

The cordon sanitaire may prove less of an obstacle as Le Pen has worked hard in recent years to detoxify the National Rally brand, abandoning unpopular positions such as a “Frexit” from the European Union and euro currency, and making it more mainstream.

And she has gone further. In the run-up to the election, she dropped a focus on immigration and security and campaigned instead on pocketbook issues for the ordinary French citizen. Seeking to widen her appeal, she has proposed cutting income tax for young adults and slashing VAT on fuel and basic foodstuffs.

This could help attract votes from the left, whose candidates were all knocked out in the first round. The race for the presidency could hinge on what voters for far-left candidate Jean-Luc Mélenchon, who ranked third with 22 percent on Sunday, decide to do in the second round. Mélenchon urged his supporters not to back Le Pen, but many say they are still undecided and 18 percent of his voters have said they could vote for her.

In a speech on Sunday, Le Pen echoed left-wing rhetoric in presenting herself as the champion of the oppressed, a politician who defends people against “the power of money” and fights for “solidarity” and the right to “retire in good health.”

According to the pollster Lévy, Le Pen has broadened her appeal and can attract new voters from among the right, the left and those who abstained in the first round. Much could depend on the TV debate between the two candidates, set for April 20. Five years ago, Le Pen was widely judged to have come off second best in a bruising televised clash.

“The French are not as worried about Le Pen as in the past … because when she speaks, people understand what she means,” he said. “She was also the first to speak about purchasing power, and that has helped normalize her, and include her in the national debate.”

Le Pen’s team will also hope that left-wing voters will be put off by Macron’s lingering tag as a “president of the rich” and by his plans to raise the age of retirement.

A key change in Le Pen’s favor from previous elections has been the arrival on the scene of Eric Zemmour, a firebrand candidate who added controversy to the presidential election and took 7.1 percent of the vote on Sunday.

The former journalist’s candidacy and his campaign on what had been Le Pen’s party’s core issues of law and order and immigration helped her effort to tack toward the center from the far-right fringes.

His disappointing result can now be an asset for Le Pen, as he has galvanized voters who might have been discouraged by the National Rally’s mainstream drive. On Sunday, Zemmour called for his supporters to vote for Le Pen in the second round.

On Monday, Louis Aliot, the National Rally mayor of Perpignan, welcomed Zemmour’s move, but kept a distance between the two far-right rivals.

“Eric Zemmour is calling on voters to choose Marine Le Pen, that’s great,” he told French radio France Info. “[But] we’re speaking to the voters, there will be no deal with Zemmour.”

For the National Rally, this is the best of both worlds: getting his votes but keeping him at arm’s length as his inflammatory comments on French identity risk alienating voters on the left.

Le Pen’s strategy gives Macron something to think about as he, too, hopes to convince left-wing voters to swing behind him. Does he also now commit to social justice and fight to protect France’s vulnerable? Or does he appeal to their conscience in painting the far right as beyond the pale, and risk being accused of scaremongering?

On Monday, Macron showed he is not ducking the issue. Visiting one of France’s poorest towns in the National Rally’s stomping ground in the Hauts-de-France, Macron told reporters he was there to promote his welfare proposals. He also acknowledged that the cordon sanitaire no longer existed.

So can Le Pen be president of France? “She not only can, she must,” her father Jean-Marie Le Pen told BFMTV.

Cam Newton Scolds Women ‘Who Can’t Cook,’ ‘Don’t Know When To Be Quiet’

Cam Newton Scolds Women 'Who Can't Cook,' 'Don't Know When To Be Quiet'