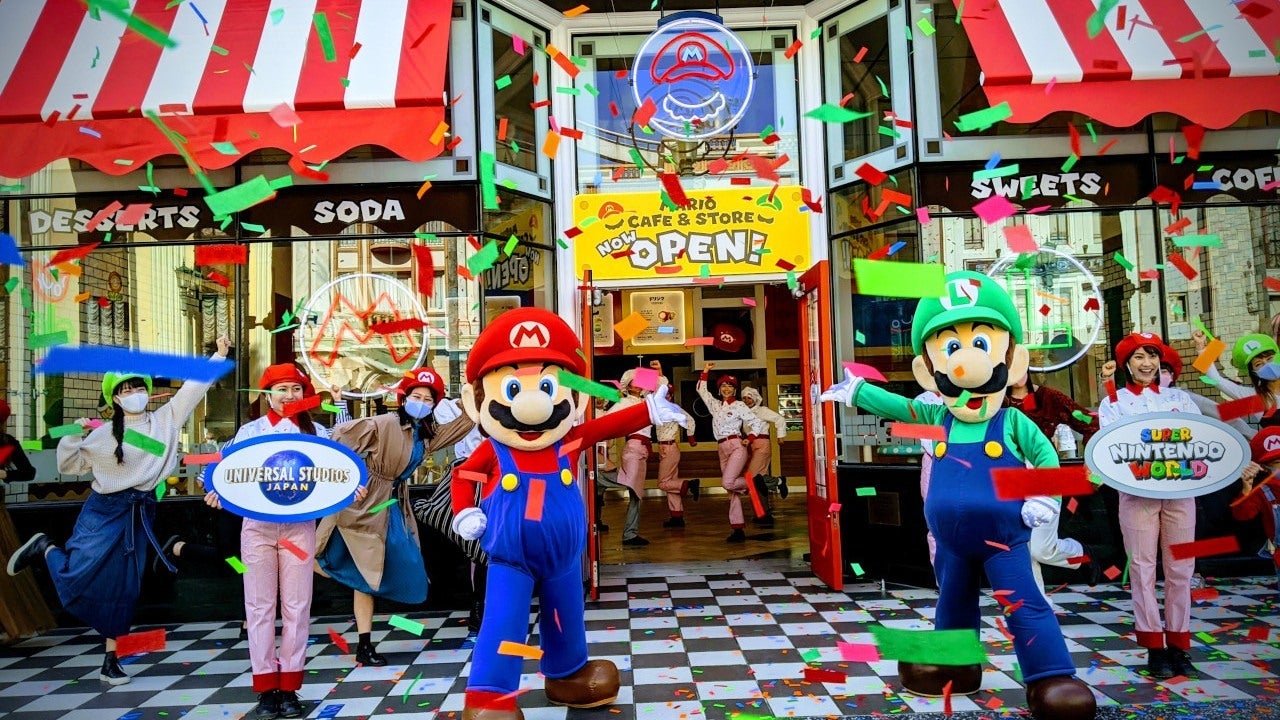 Universal Studios Japan held a media-only opening ceremony today for its new Mario Cafe & Store, which will be open to the public from October 16. IGN Japan was present to share the following video and photos. Let’s-a go!

The cafe is decorated with cute Mario motifs such as Warp Pipes, Question Blocks and Piranha Plants, and serves two different cream-filled pancake sandwiches – a red Mario hat topped with strawberries, and a green Luigi hat topped with grapes. The drinks menu includes sodas themed around Mario, Luigi and Peach, with moustaches or a crown attached to the straw for Instagram photo tomfoolery. A reusable Super Mushroom cup with strap and straw is also available to buy.

The store is packed with dozens and dozens of exclusive merchandise items themed around the three characters – everything from clothing to jewelry to water bottles to souvenir snacks. Much of the merchandise is emblazoned with the phrase “Whose cap?” or “Whose crown?”, with motifs based on Mario, Luigi and Peach’s hats, moustaches, crown and silhouette. Strangely, their faces are not featured anywhere.

The cafe and store were originally intended as part of the Super Nintendo World area that was slated to open this summer, but has been pushed back to spring 2021 due to covid-19 countermeasures. A representative of Universal Studios Japan said that the merchandise in the store will be exclusive to that location, with different merchandise available when the full Super Nintendo World finally opens next year.

Here’s the only secret you need…

10 of the most beautiful places we visited (virtually) in 2020

Tory ministers and MPs last night told Boris Johnson they would not accept Covid curbs being...