That is according to Marko Grujic, who this week completed a loan move to FC Porto.

Jurgen Klopp was forced to turn to the Spaniard at Villa Park following a shoulder injury sustained by No 1 Alisson in training. 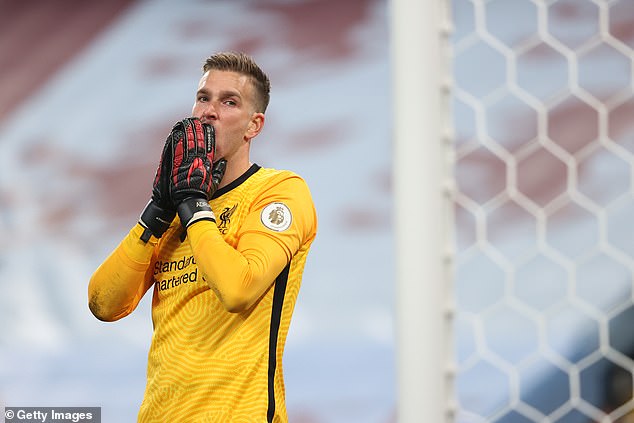 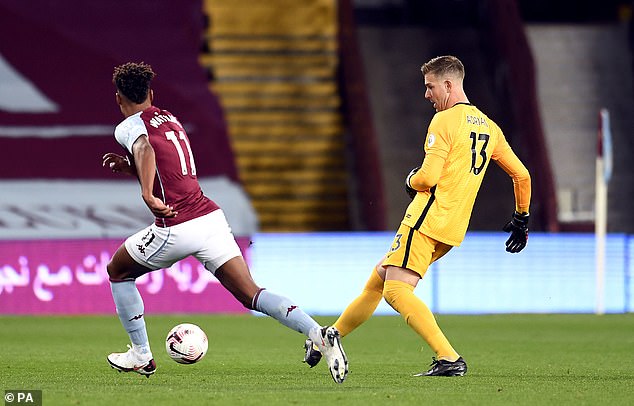 And within four minutes Adrian had gifted hat-trick hero Ollie Watkins the opening goal after a loose pass aimed towards Joe Gomez.

Liverpool went on to lose 7-2, the heaviest defeat ever suffered by Premier League champions, and Serbian midfielder Grujic believes that could be the last we see of Adrian in the sticks.

In a response to a post about Watkins on Instagram, Grujic wrote: ‘The first couple of games the man is nowhere to be found, I impatiently decided to move him [out of my team] in Fantasy [League]…. the rest is history.’

Grujic then followed up to a reply with: ‘Probably also ended Adrian’s career at LFC’. 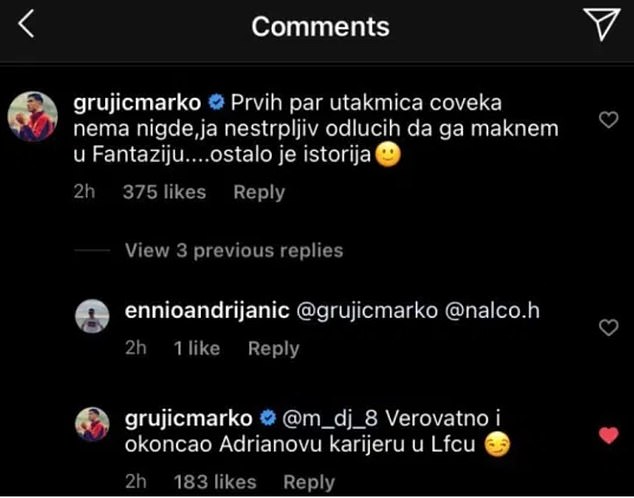 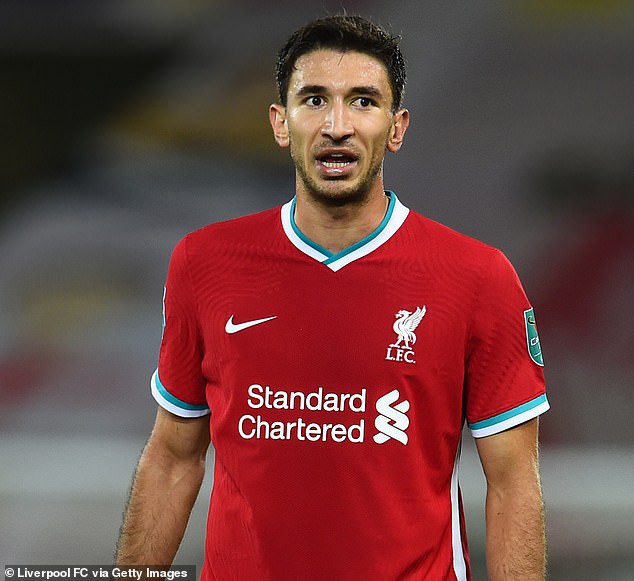 Whether Grujic’s claim was tongue in cheek remains to be seen but it comes after Liverpool snapped up Brazil’s Under 17 goalkeeper Marcelo Pitaluga from Fluminense.

Alisson brother Muriel – a fellow keeper – played with the hotly-tipped youngster at the Brazilian side last season, and paved the way for his £1.8million move to Anfield.

Jurgen Klopp‘s men have been tracking him since he was part of the Brazil side that won the U17 World Cup as hosts in November last year.

Klopp admitted on Sunday that Alisson’s shoulder problem could keep him out for the next four-to-six weeks, only piling the pressure on Adrian to find form. 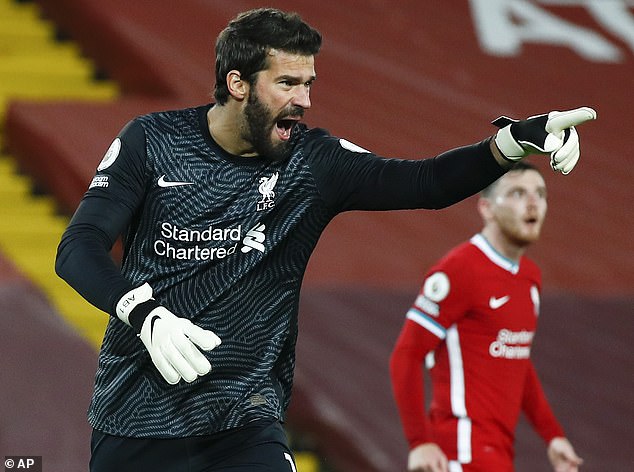 Ripped at 50 The Book