The high street giant’s chief executive, Steve Rowe, is understood to have taken a lead role in M&S’s examination of the business, which would be part of a major overhaul of the company’s clothing strategy. 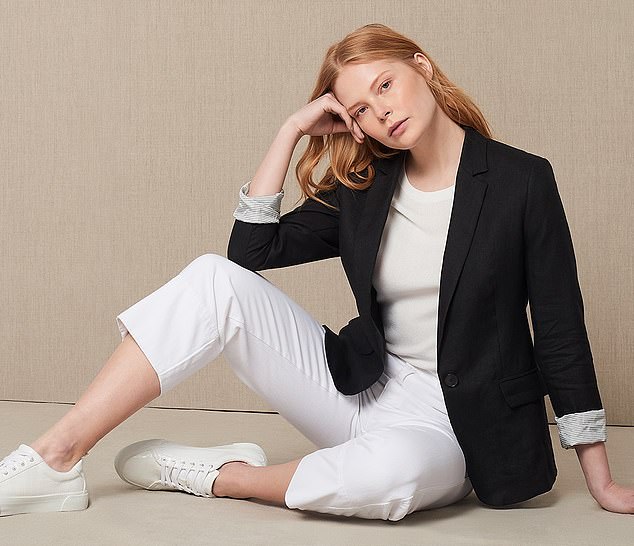 In vogue: Marks & Spencer is still having ‘informal’ talks to acquire the brand

Sources said talks have continued but no offer has been made. A deal could involve an acquisition of the Jaeger brand and team. The future of the shops is unclear.

One fashion veteran said: ‘If M&S is serious about this, it needs to do it properly. Use this to help it turn a corner and begin the revolution in M&S clothing that it’s crying out for. Bring in a top designer or someone that means something to M&S customers – another Twiggy.’

Jaeger is run by Lauren Day, the daughter of Philip Day, who is understood to be working to salvage parts of his Edinburgh Woollen Mill empire, which owned Jaeger, Austin Reed, Peacocks and Ponden Home.

Sportswear mogul Mike Ashley and M&S’s rival Next are also understood to be interested in Jaeger.

Lewis Hamilton is a SEVEN-time world champion… but is he the greatest sporting Brit EVER?

David Beckham ‘is interested in a January move for Olivier Giroud’

David Beckham 'is interested in a January move for Olivier Giroud'