Married At First Sight star Bryce Ruthven was involved in a heated altercation outside a popular Melbourne nightspot on Saturday.

The 32-year-old was filmed arguing with a bouncer by the entrance of Bond nightclub while out partying with his ‘wife’ Melissa Ruthven and co-star Jason Engler.

According to an onlooker, their evening had taken a turn for the worse when four strangers – two men and two women – allegedly attacked the trio inside the venue, which resulted in Bryce being removed for safety reasons.

Bryce was denied re-entry when he tried to get back inside, and things escalated as he began arguing his case to the bouncer because he wanted to be with Melissa. 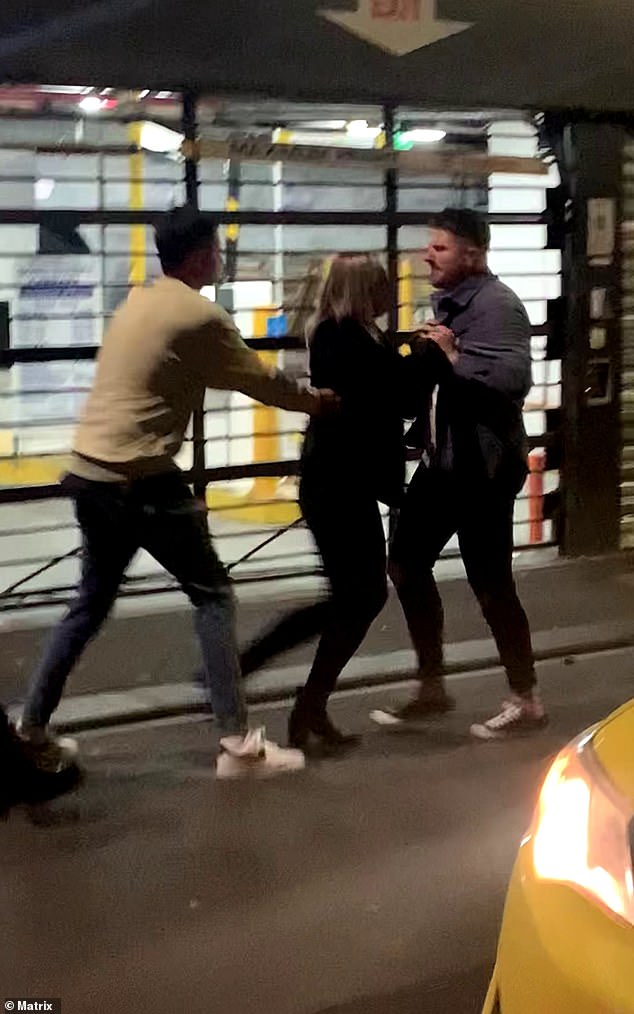 Altercation: Married At First Sight’s Bryce Ruthven (right) was involved in a heated altercation outside a popular Melbourne nightspot on Saturday, after being ejected when four strangers – two men and two women – allegedly attacked him and his companions

The eyewitness alleges Melissa, 32, was ‘hit to the ground and trampled on’ by one of the male attackers, while Bryce was hit by a woman who was then ‘shoved off’ by another member of the public, who in turn went through a glass table.

They claimed: ‘I was a friend that was with a group of eleven of us who were with Melissa, Bryce and Jason.

‘The woman dragged Melissa’s sister through the table and she is now in hospital after receiving surgery for cuts to her body. Bryce has chipped teeth and requires dental attention.’ 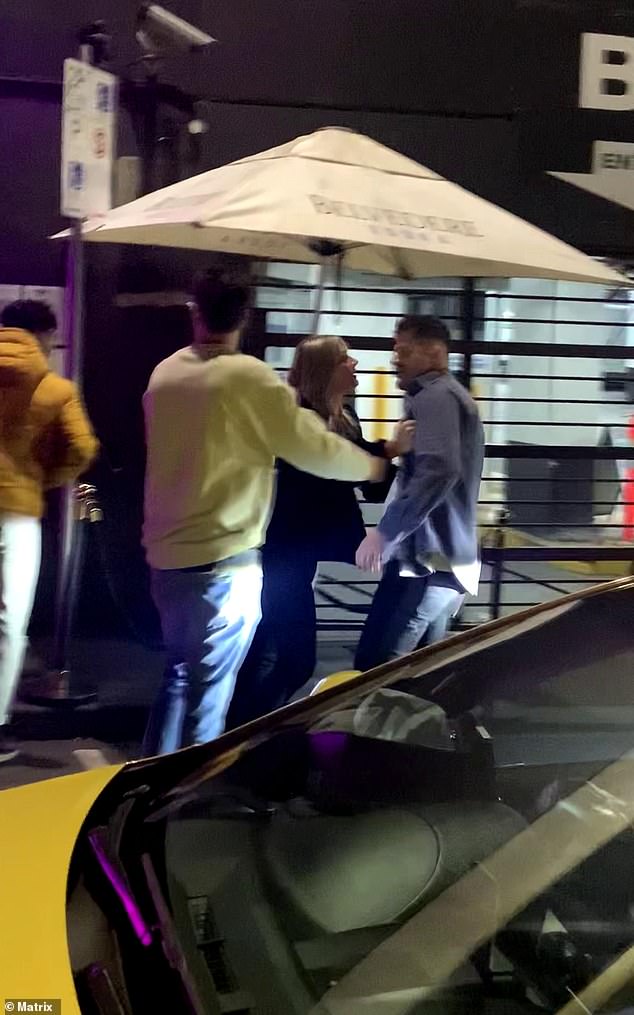 Argument: He was filmed arguing with a bouncer outside the Bond nightclub, on the same night he enjoyed a mini-MAFS reunion with his wife Melissa Ruthven and co-star Jason Engler

In a video of Bryce’s argument with the bouncer, the former radio announcer is seen trying to speak calmly to security, before becoming visibly irritated.

A female friend tries to push Bryce’s arms down in an attempt to cool him off, which results in him tripping over a metal bollard.

The same woman then puts her hand in Bryce’s face to stop him from talking to security.

A number of other bouncers come over to speak to Bryce as the two-minute video abruptly ends. 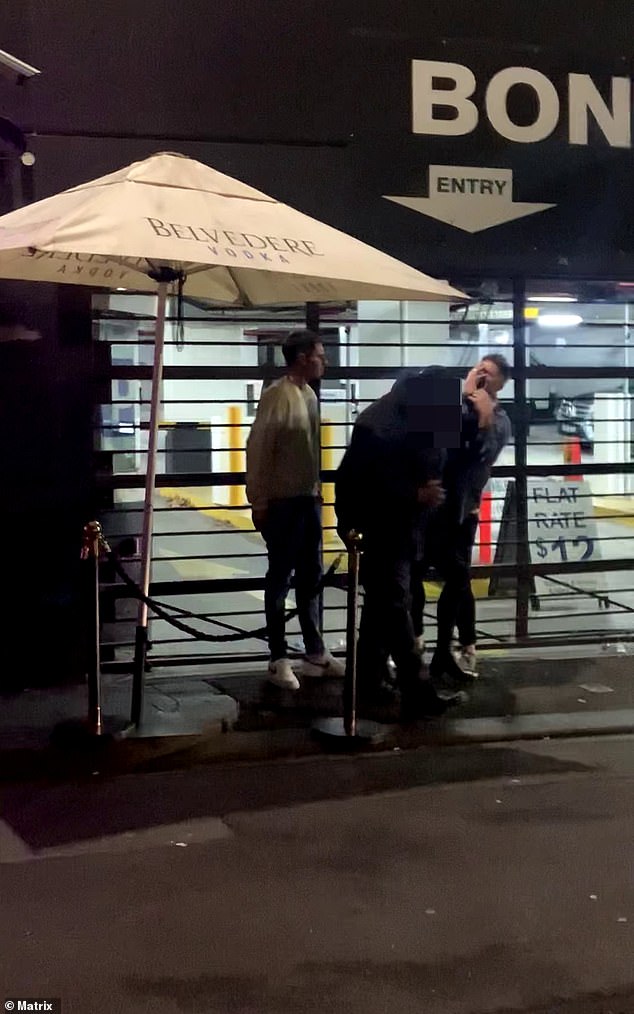 Stop: Bryce was allegedly denied re-entry when he tried to get back inside, and began arguing his case to the bouncer because he wanted to be with Melissa. At one stage, a female friend put her hand in Bryce’s face in an attempt to stop him from talking to security

Bryce has brought plenty of controversy to Married At First Sight this season.

One of the major storylines centres on rumours he had a ‘secret girlfriend’ in Canberra throughout the entire experiment. 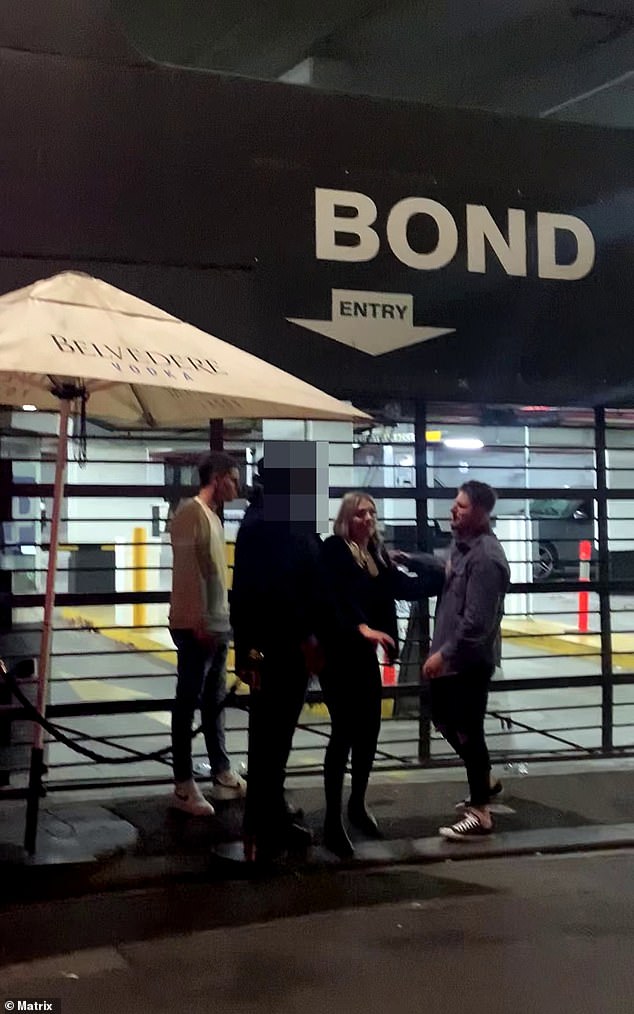 Divisive: Bryce has brought plenty of drama to Married At First Sight this season, with this confronting video being just the latest in a string of controversies

He has also criticised Melissa’s physical appearance, shown little regard for her feelings during arguments, and isolated her from the other couples in the experiment.

However, the pair agreed to stay together at their final vows – which were filmed in early December and are set to air this week – with Bryce telling TV Week it was ‘the happiest day of my life’.

He and Melissa are still dating as of mid-April, several months after filming wrapped, and have even discussed marriage and babies.

Referring to their tumultuous on-screen journey, Bryce said on Monday: ‘After watching what’s happened in the experiment, people are going to find it hard to believe we’ve actually worked out.’ 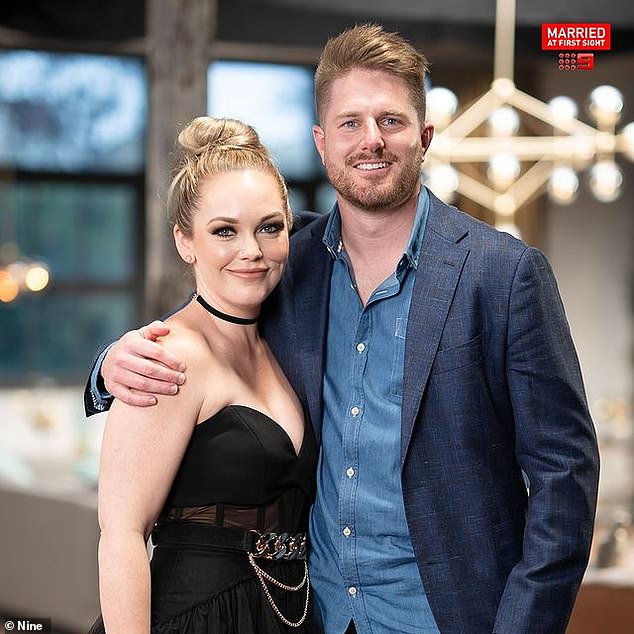 Still going strong: Despite their ups and downs, Bryce and Melissa agreed to stay together at their final vows, which were filmed in early December and are set to air this week