After the second Manchester City goal went in, with 12 minutes remaining, Andre Villas-Boas decided to bring Dimitri Payet on. He always was a tactical genius.

So it wasn’t just that Marseille ran into Manchester City’s best performance of the season so far, more that they invited them to deliver it. Villas-Boas left out some of his best players, not just Payet but also Morgan Sanson, to better contain City and was a goal down inside 18 minutes.

So that was plan A done. Plan B wasn’t much better, sadly. More caution, more men behind the ball. A lame attempt to get back in the game after half-time. 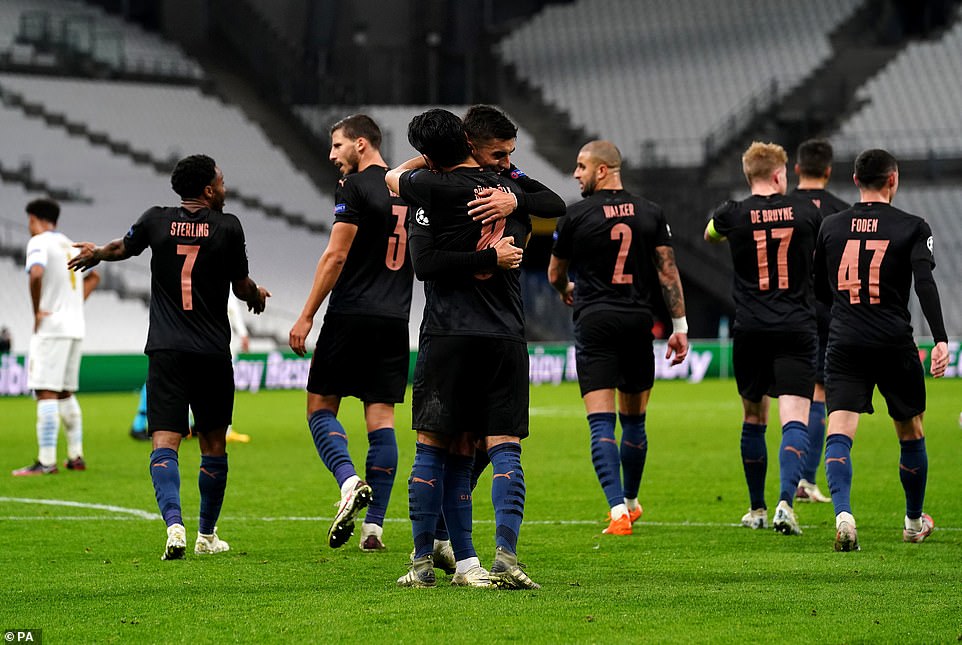 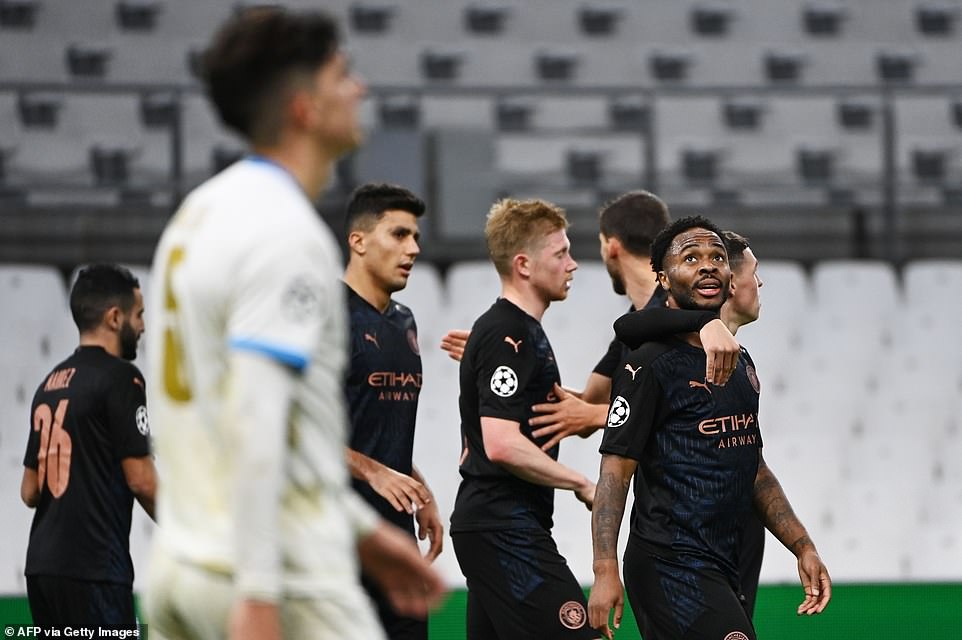 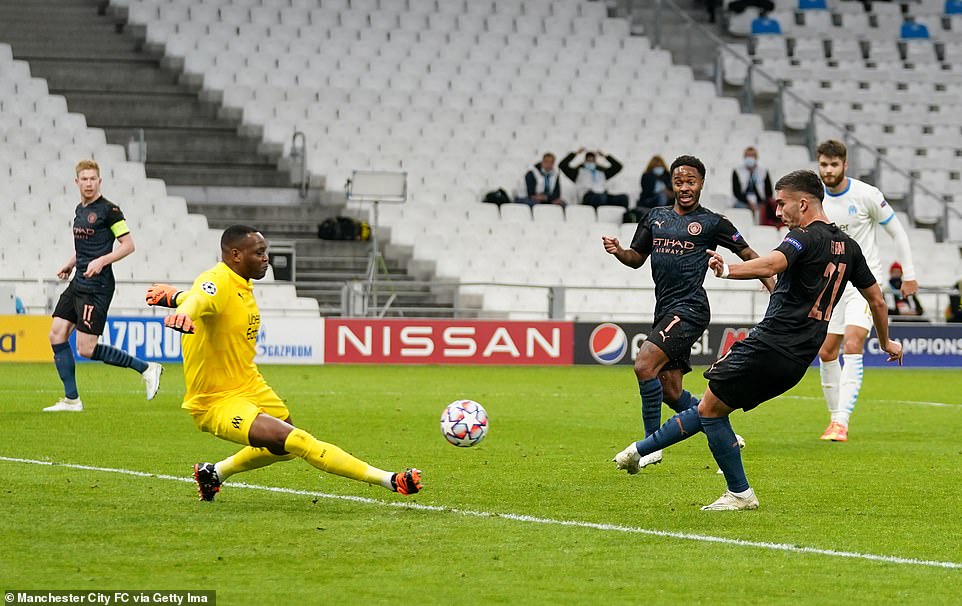 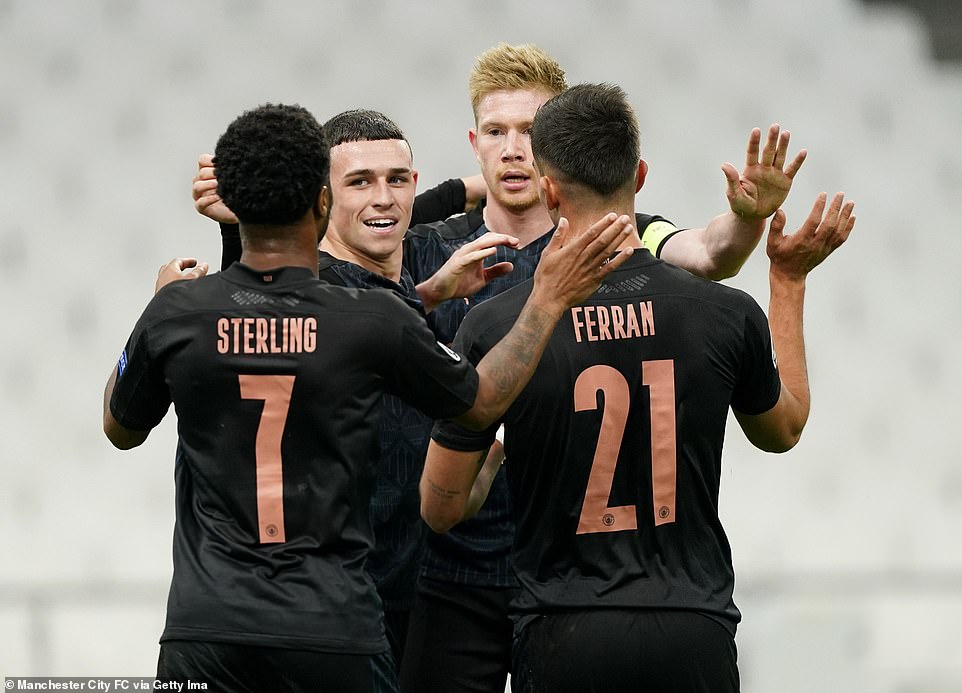 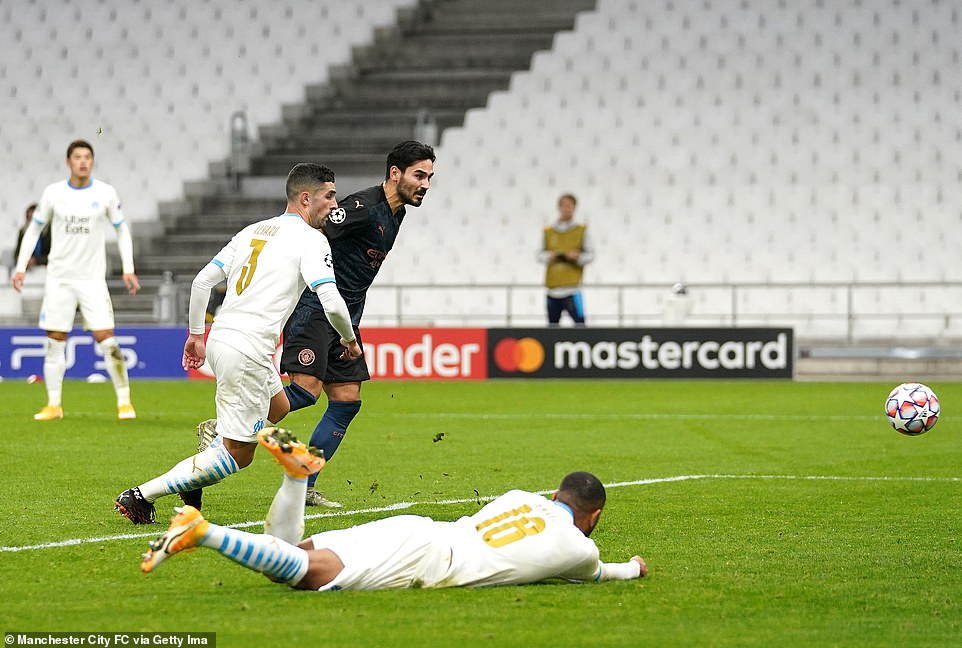 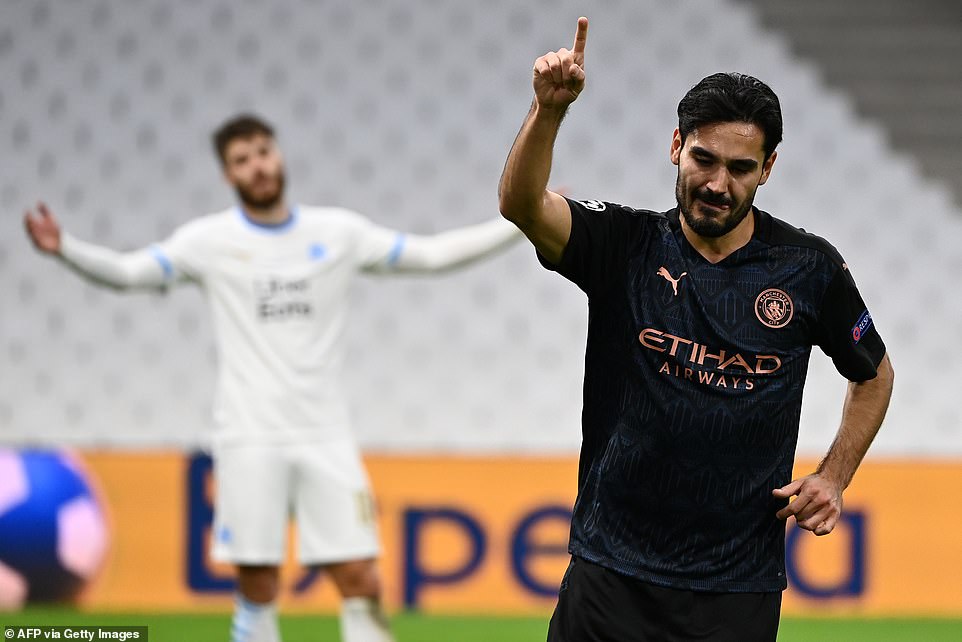 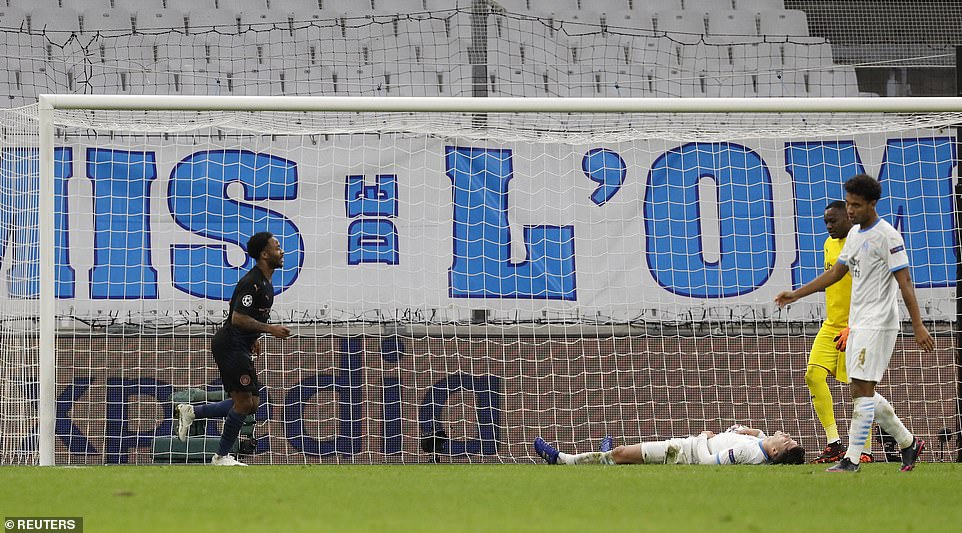 Of course, that allowed Manchester City more space and as Pep Guardiola had crazily opted to deploy his most creative talents, they took advantage. A second went in after 78 minutes, then a third after 81.

Had another seven followed it might have encapsulated the gulf between these teams in terms of ambition, even more than talent. We will never know the game Marseille might have given Manchester City, because they were not allowed to play it.

Villas-Boas appeared to be battling another Manchester City. One that hadn’t been beaten 5-2 at home by Leicester and made a stuttering start to the season; or hadn’t lost to Lyon just months ago at the Champions League knockout stage.

Why Marseille set up like this, heaven knows. The last time they were in the Champions League group stage, in 2013-14, they lost all six games. They are on their way to a repeat of that here.

Rewinding to the later stages of the 2011-12 edition, this is now 11 straight Champions League defeats. One would have imagined a coach would have demonstrated ambitions to break this run in his first match at home.

It is an irony that had Payet actually stayed at West Ham he might have been given the chance to start a game against Manchester City this year. Once his name was not among the starting XI the game proceeded much as one might expect. 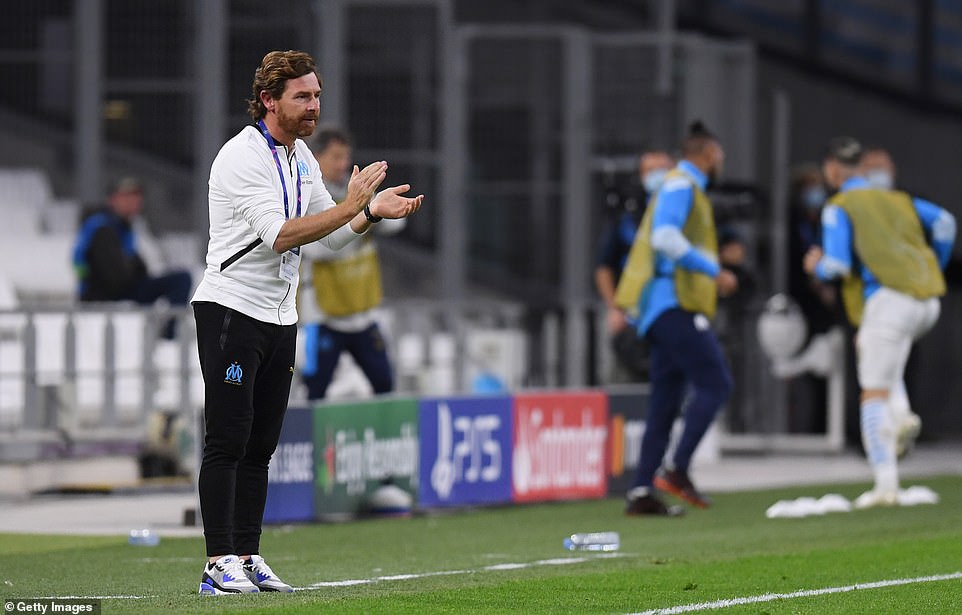 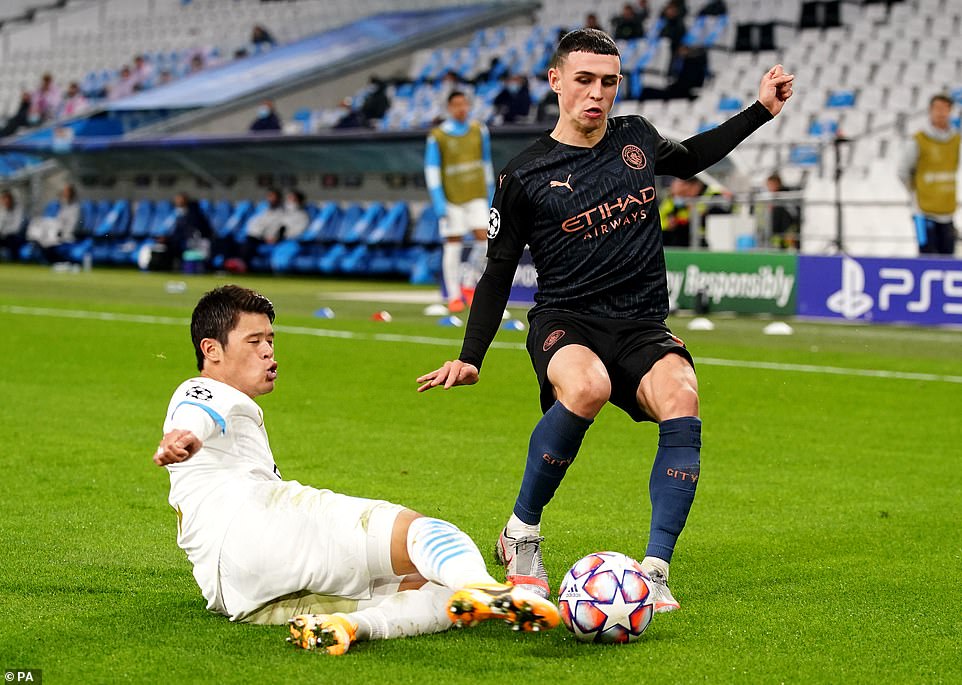 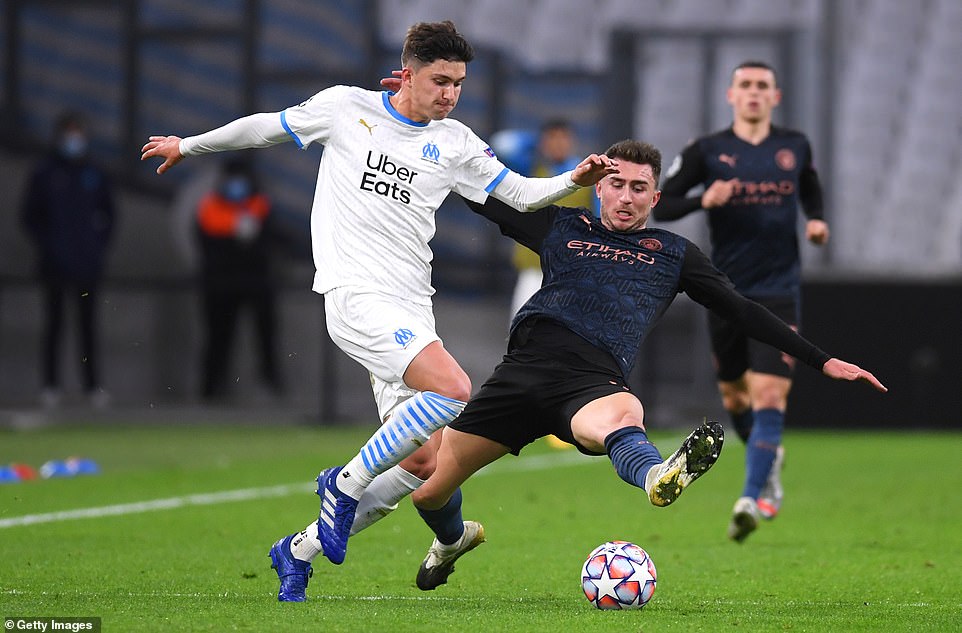 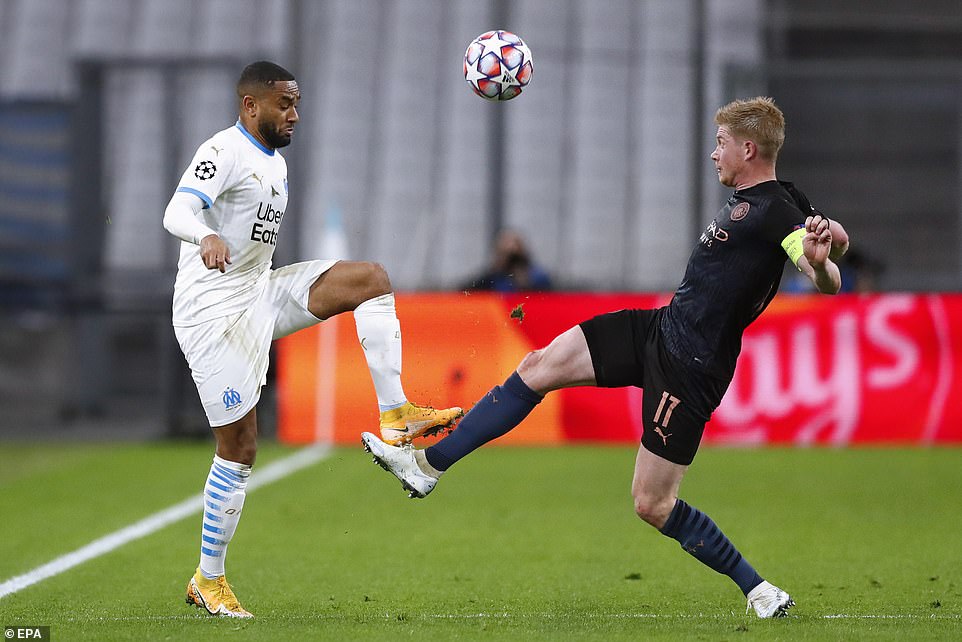 Attack versus defence. One team with 11 behind the ball, the other relentlessly probing and passing, dominating possession, the tempo and the game. Marseille were as desperately disappointing as Paris St Germain had been against another Manchester side seven days previously.

We thought PSG were going to be a match for Manchester United and were desperately let down; we expected Marseille to show at least a little ticker at home and were equally underwhelmed.

The team sheet suggested Villas-Boas’s caution and the action confirmed it. Marseille had one shot of note across the 90 minutes, from Florian Thauvin, and it says much about Ederson’s lack of involvement that he almost spilled it and the ball grazed a post.

Meanwhile, at the opposite end, Marseille stuck solidly to their duty, but occasionally panic set in when the strain of it all showed. Such an event led to the opening goal after 18 minutes.

Amidst some frantic mopping up, Valentin Rongier attempted a pass out to the full-back position. It was poorly targeted and fell instead to Kevin De Bruyne. Could there have been a worse opponent to advantage?

The answer came swiftly as De Bruyne responded by whipping in pass which Ferran Torres, appointed false nine for the night in the absence of several strikers, tapped past goalkeeper Steve Mandanda.

It was his second goal of this Champions League campaign, in his second European appearance. The last Manchester City player to score in his first two games in this tournament was Mario Balotelli. Torres resisted the temptation to ask the obvious question.

Why always him? Perhaps because the way Marseille were set up anyone in Manchester City’s front-line was likely to see plenty of the ball around goal. De Bruyne had a volley deflected over on two minutes. From the resulting corner, Ruben Dias steered a header close. 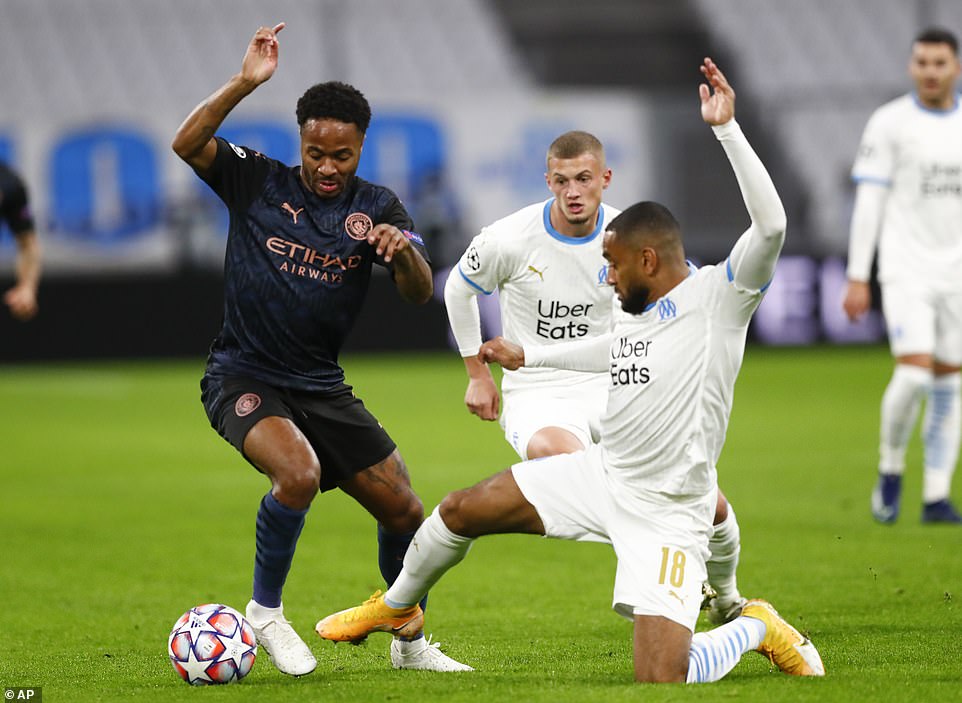 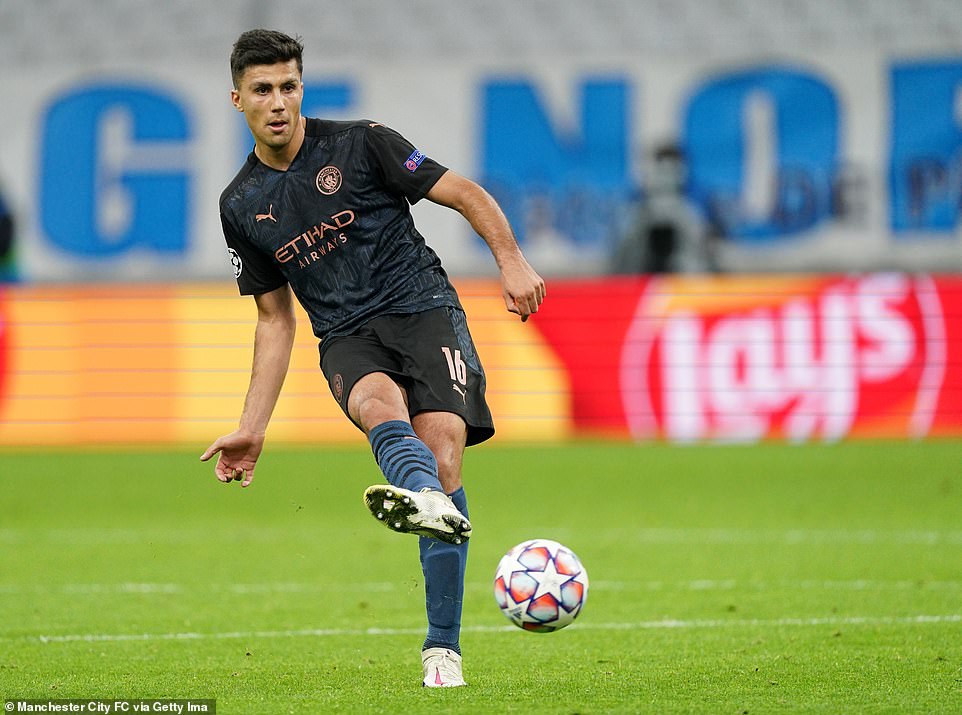 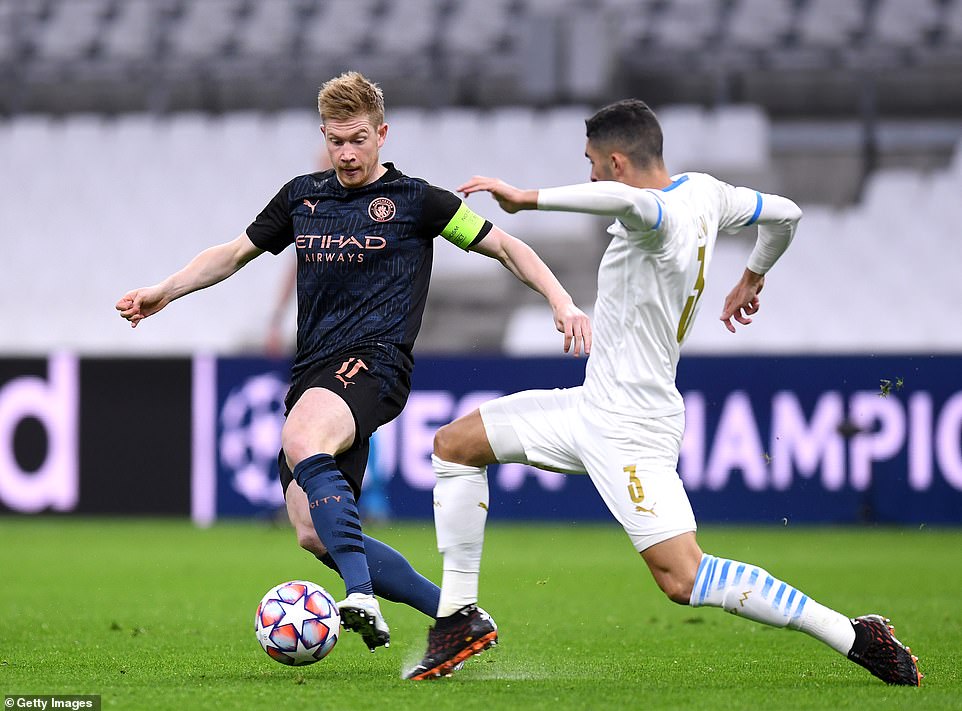 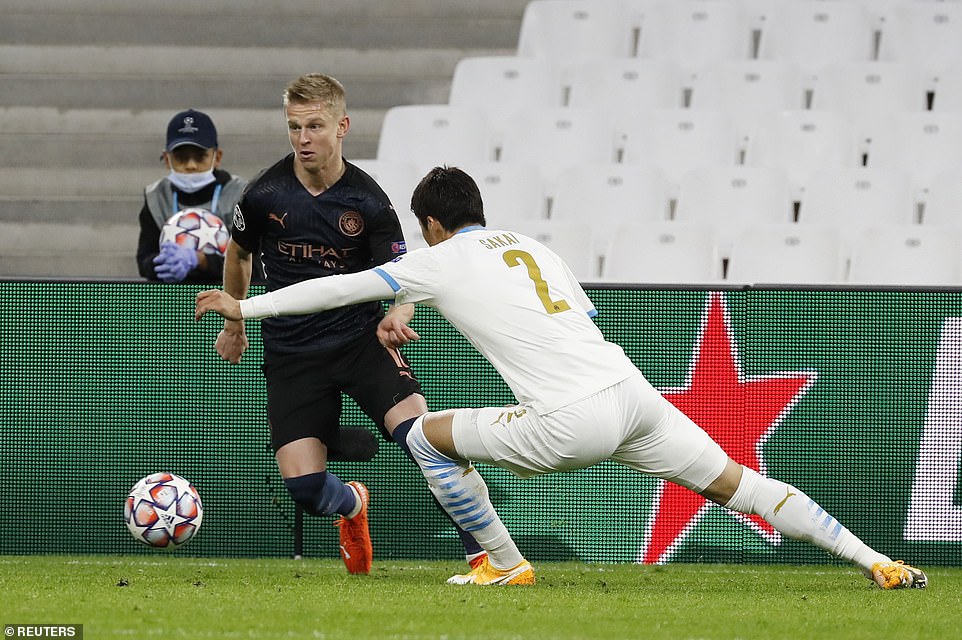 The pressure was relentless but it was hard to get near to goal through the massed ranks of white shirts. ‘Rapido, rapido,’ ordered Pep Guardiola, an instruction that needs little translation. In their defence, his players were going as rapido as they could. In the 14th minute, Phil Foden forced a save, and approaching half-time a terrible piece of control from Leonardo Belardi allowed Torres to set up Oleksandr Zinchenko, whose shot travelled just wide of the far post.

It is to Marseille’s credit, then, that City were made to wait until minute 76 to feel wholly safe. Foden dropped a shoulder and sped down the left. He struck a deep cross which Raheem Sterling headed back across goal; and there was Ilkay Gundogan to confirm the outcome. Immediately, the game now lost, Villas-Boas brought Payet on. It was a pathetic show.

Delightful, then, that Manchester City should underline the truth of this 90 minutes with a third. Riyad Mahrez slipped the ball to De Bruyne, whose cross picked out Sterling for a tap-in. It looked easy. By then, it was. Getting there, however, required admirable effort.

It is not straightforward, hacking a way through 11 white shirts, sitting deep and primed only to frustrate. Maybe Villas-Boas thought City would run out of legs. Marseille needed to keep a clean sheet for longer than 18 minutes, then. Ultimately, chasing, chasing without the ball, it was his team that looked exhausted.

Villas-Boas may take pride in that, the diligence of his team. It can hardly be called a fruitful strategy, however, when such a negative approach still yields a 3-0 defeat to a team without strikers. It is encounters like this that make some think the Champions League needs reform.

The problem is, most of the proposals involve setting up even more matches of this nature – but that’s an argument for another day.

Still, the best team won, the dull team lost, so all ended happily. But it was a match only partisan observers could love. City were pushing 70 per cent possession for much of it and while sometimes such a statistic can be misleading, in this case it seemed to do Guardiola’s men a disservice.

One map of player positions, taken after 30 minutes, showed City’s deepest outfield player to be Aymeric Laporte, his average position being the halfway line. Every Marseille player took up an average berth in their own half. It was a training exercise masquerading as an elite competition. Sheffield United will give City more of a game on Saturday morning, do not doubt it. 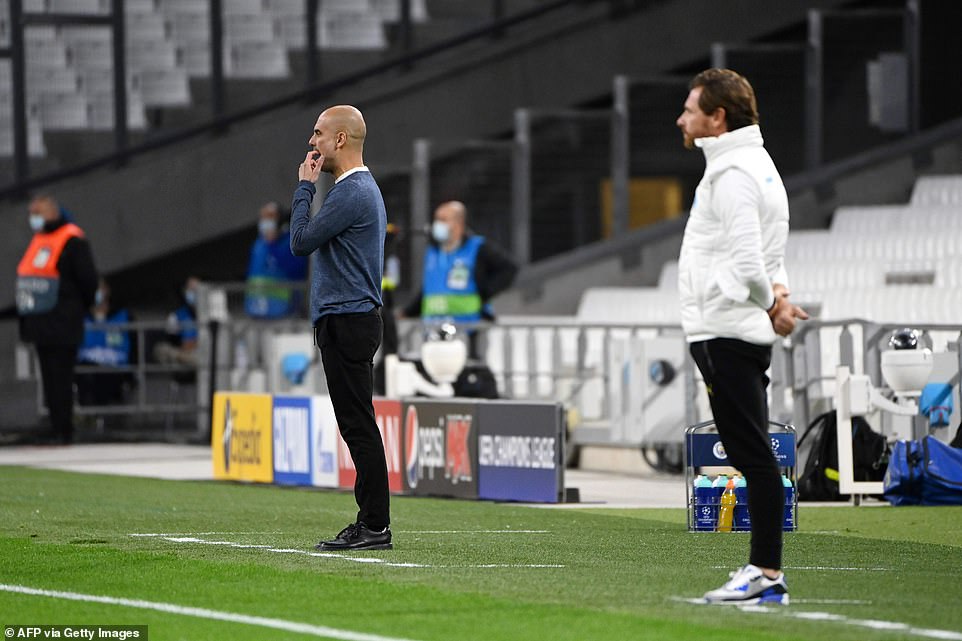