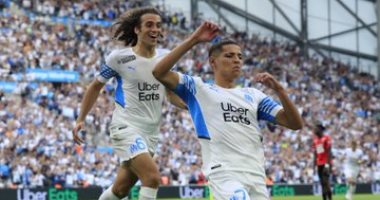 Olympique Marseille continued its impressive results this season in the “Ligue A”, under the leadership of its Argentine coach, Jorge Sampaoli, with a third victory in a row, this time with two goals without a response against its guest, Rennes, in the meeting hosted by the “Veloderum” stadium in the sixth round of the French Ligue 1. foot.

The double of the Al Janoub team came in the second 45 minutes, and was signed by the young Senegalese star and top scorer Ahmedou Bamba Dieng and Moroccan Amin Harith in the 48th and 71st minutes, respectively.

Marseille continued to play the tone of victories for the third round in a row, which is the fourth victory this season, to raise the team’s score to 13 points and occupy the second place in the standings, temporarily two points behind leaders Paris Saint-Germain, who will face a difficult test tonight when they receive Olympique Lyon at the Princes’ Garden.

On the other hand, Rennes suffered its third loss in a row, to freeze its score at 5 points in 16th place.