MARTIN KEOWN: Back four gamble pays off for Wolves in Arsenal victory

MARTIN KEOWN: Gamble pays off for Nuno Espirito Santo and Wolves as their switch to a back-four allowed for more creativity in victory over Arsenal

The first thing I must say is that I hope Raul Jimenez makes a speedy recovery.

As for the match, looking at Wolves, their use of a new system was intriguing. They had used a back three in every game of 2018-19 and 2019-20. They had used it in each of their first eight PL games this season. Then, against Southampton last week, they switched to a four.

Some thought that was because Conor Coady — their back-three specialist — was absent. But it was really because Nuno Espirito Santo sensed it was time to change. 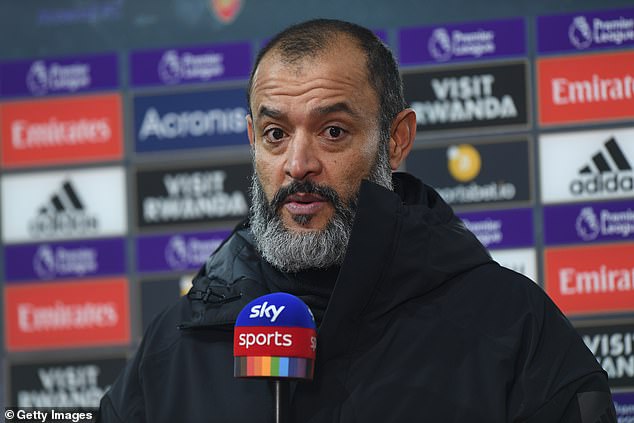 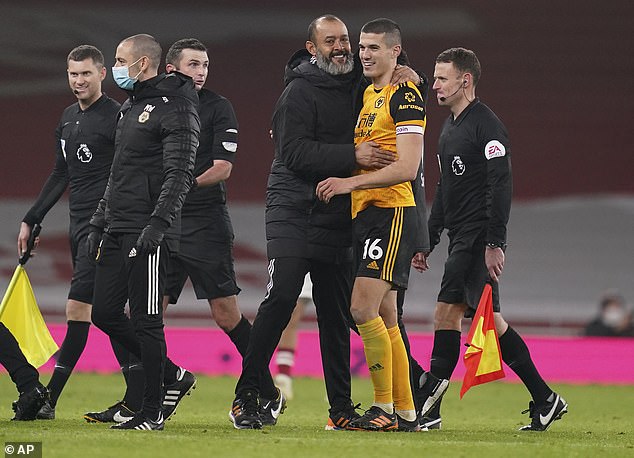 Coady was back to face Arsenal last night and the four remained. This system gives you more creativity.

The back three can become a five as you become compact. But with a four, you can get bodies in the final third. Nuno seems ready to gamble.

Left back Fernando Marcal and right back Nelson Semedo were providing quality. Coady was still spraying diagonal balls. Daniel Podence was stitching everything together, with Pedro Neto and Adama Traore as his wingers. Wolves were sharp in the final third.

Arsenal, meanwhile, had nobody around Pierre-Emerick Aubameyang. Bukayo Saka and Kieran Tierney were lively, but Aubameyang should have been demanding more service. It was interesting to see Wolves revert to their old system for the last 15 minutes. With a back five, they locked down and saw out the win.

HSBC to quit retail banking in the United States

Christmas scams: Watch out for these DPD and Royal Mail dupes