It is the 24th meeting between Jose Mourinho and Pep Guardiola, and some of their battles in El Clasico reached remarkable levels of conflict.

What stood out in the All or Nothing documentary of last season was how Mourinho told his new team what he thought of them almost immediately. ‘A very nice group of guys,’ he said. ‘For 90 minutes you have to be a bunch of…’

Suffice to say Mourinho wanted his team to be nasty. He wanted his players to pick up on his combative personality and apply that on the pitch. He wanted their mindset to be mean, aggressive, ruthless. He wanted them to be addicted to winning, obsessed with results. 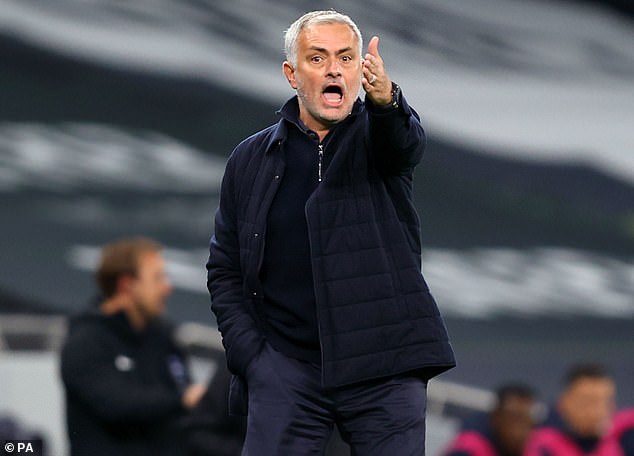 His team have taken that on board, and Mourinho is now looking back to his best. Were it not for that stoppage-time wonder goal by West Ham’s Manuel Lanzini — the last time Spurs dropped points in the League — they would top the table.

Mourinho is now getting the results he wants from key players. One of those is Harry Kane, who is scoring, assisting and posing problems by dropping deep, as noted in this column previously.

Another providing results is Pierre-Emile Hojbjerg. The last time I spoke to him, he was at Southampton last year and he told me: ‘We want to be disgusting to play against.’ 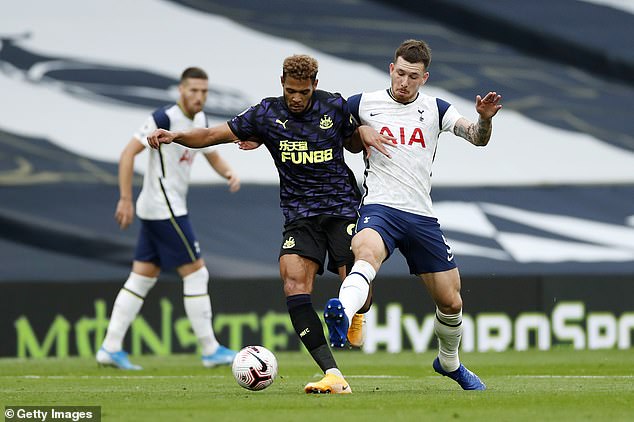 No Premier League player won possession more than Hojbjerg in 2019-20. He is streetwise and has brought that to Tottenham. Maybe in the past, opponents would look at Spurs and think they had a soft underbelly. ‘Lads, it’s Tottenham,’ Sir Alex Ferguson was famously quoted as saying in a team talk.

But Hojbjerg is helping change that perception — and he can play, too. No player has passed the ball more in the Premier League this season than the Dane.

Gareth Bale is moving through the gears, having played his first full 90 minutes since early September for Wales during the break. Maybe he is now poised to explode back on to the Premier League scene. Mourinho’s management of Bale has been impressive. But it is hard to agree with everything the 57-year-old says and does. His treatment of Alli seems harsh, for example. If Alli returns to the team a better player, then it might be easier to understand. 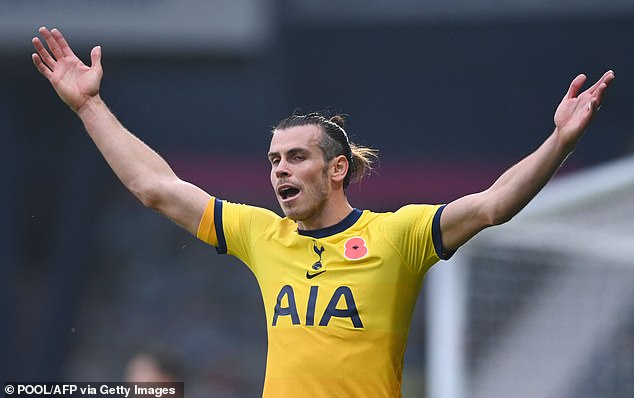 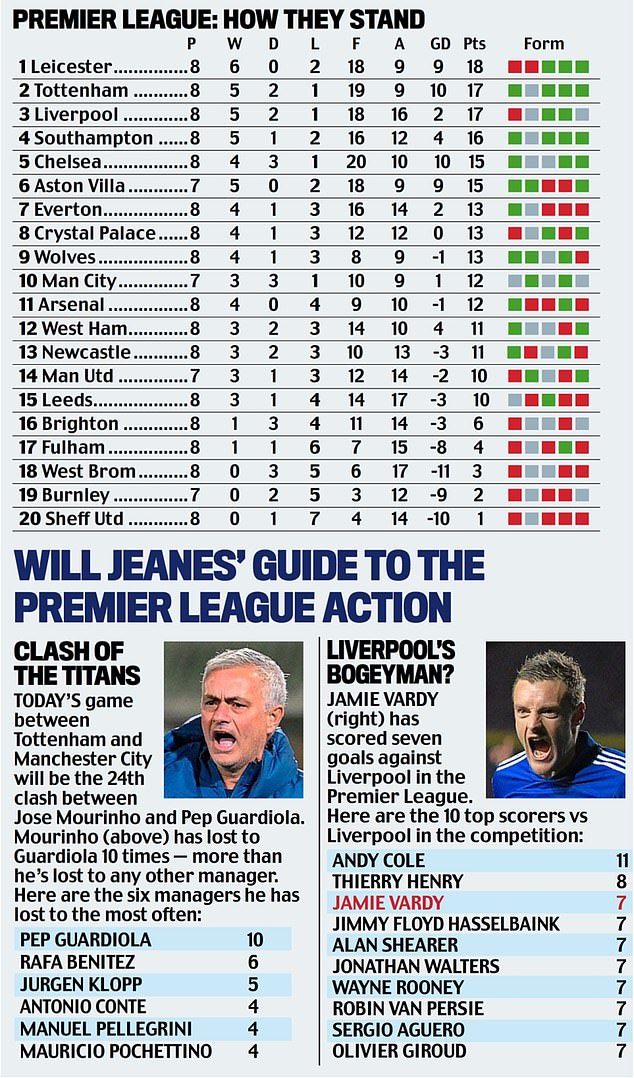 I also don’t agree with the manager using social media to publicly question players. His comments about Gareth Southgate, Guardiola and Raheem Sterling were surprising. Still, that shows Mourinho’s competitiveness, and Tottenham under their Portuguese coach have become a results-based team who manage games very well. They can press high with success, or sit deep and make themselves hard to beat.

They have won three League games on the trot by a single goal, against Burnley, Brighton and West Brom. They have blistering pace which they use on the break with Kane showing great desire and linking with Son Heung-min, whose finishing is outstanding.

Mourinho has made good decisions with his staff. His assistant, Joao Sacramento, was hand-picked and is one of the best young coaches in the game. Former captain Ledley King is another in his backroom staff, and it’s good to see Mourinho has recognised Dier’s rightful position in central defence.

This is a manager who has now been in the Tottenham job for a year and he is looking as addicted to getting results as ever. 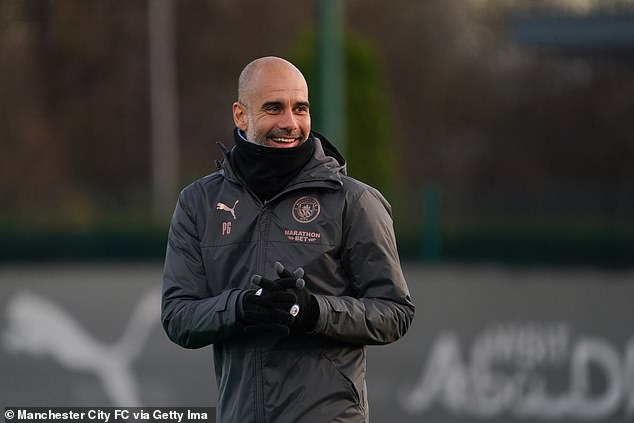 City aren’t where they want to be, in 10th place, but Guardiola signing that two-year contract was key to their future success. That’s the first step of their rebuild. With Vincent Kompany and David Silva gone, and Sergio Aguero and Fernandinho coming towards the end of their time, it’s a new beginning.

Kevin De Bruyne looks like he is going nowhere and he is the man the team should be built around. In their last outing, against Liverpool, he played further forward, with Rodri and Ilkay Gundogan deeper. When De Bruyne got into pockets of space between the lines, that was when City made things happen.

With the long-standing rivalry between these managers, the ingredients are there for an intriguing encounter. Mourinho v Guardiola is a blockbuster battle.

What is bologna sandwich meat made of?

Report: Bitcoin records the highest outflows after losing $98M in the past week

Mask wars: As stores update COVID-19 policies for vaccinated customers, are more conflicts on the horizon?

Coronavirus: Indian variant is already dominant in at least 23 parts of England