‘You have to be a role model’: Mats Hummels relishing leadership role at Borussia Dortmund and says he wants to help young stars Erling Haaland and Jadon Sancho reach the top

Mats Hummels says he wants to be a role model for Borussia Dortmund‘s exciting young squad and believes he can help the likes of Erling Haaland and Jadon Sancho fulfil their potential.

The defender is currently in his tenth season with Dortmund after re-joining the club in 2019 following a three-year spell with Bayern Munich and is one of the most experienced players in the squad.

Hummels, 31, is enjoying his new leadership role and is keen to set an example to his talented young team-mates including Haaland, Sancho, Jude Bellingham and Giovanni Reyna. 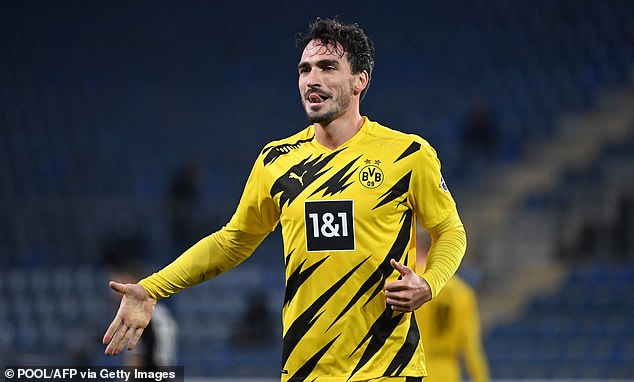 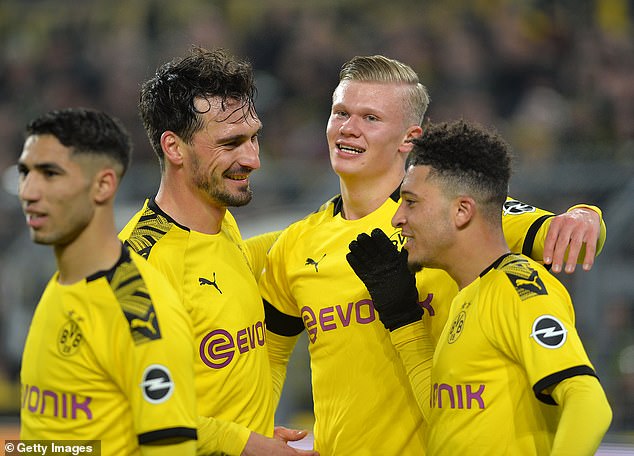 ‘My role is easy to define,’ Hummels told CBS Sports.

‘Leading first by example. Every day on the pitch I try to really work hard every day at training and of course talking to the teammates on and off the pitch.’

‘I try to do my best with my teammates. I hope in a good way to help the teammates, to get on that level.

‘However, the most important thing is, you have to work hard, you have to be a role model when it comes to training, to the games because if you do not work hard yourself you cannot tell others to do of course.’ 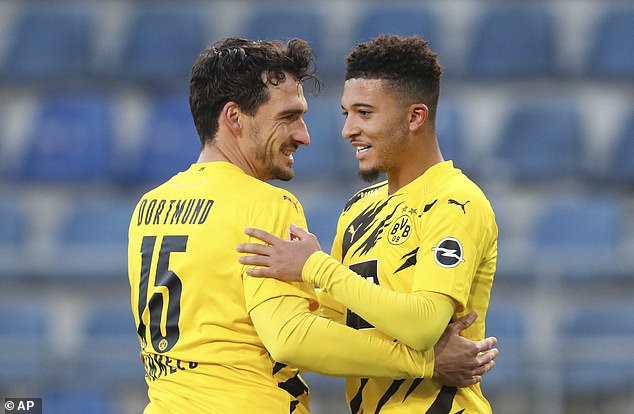 Hummels has been ruled out of Dortmund’s Champions League clash with Club Brugge with a hamstring problem but is hoping to be fit for the top-of-the-table clash with Bayern on Saturday.

The defender will instead hope to lead from the sidelines as Haaland and Sancho look to continue their goalscoring form in the competition.

The centre back believes both players can go on to be two of the best players in the world.

Haaland, who has been linked with Manchester United and Real Madrid, has 24 goals in 27 appearances for Dortmund since joining the club in January.

Sancho, who was heavily linked with a move to United during the summer, managed 33 goals and 39 assists across the last two seasons. 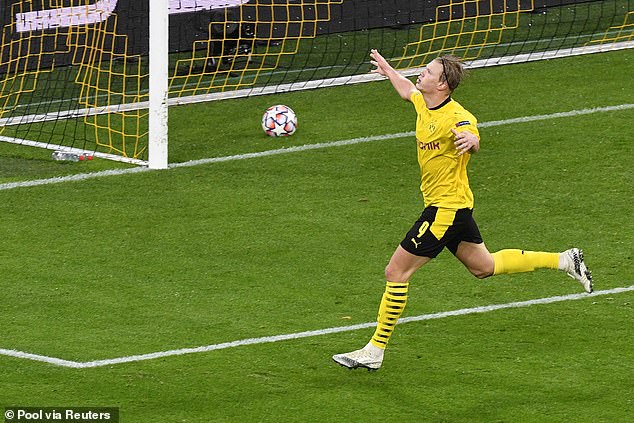 ‘I am 100% convinced Erling will be one of the greatest goalscorers in the next 15 years, no question about it,’ Hummels said.

On Sancho, the defender added: ‘His assisting on goals like he did against Schalke is almost perfect. The timing when he plays passes, the pace he plays passes with. He is very calm in front of the goal when he is scoring himself or when he is seeing other players.

‘If he gets to show this on a daily basis, he can be one of the best players in the world and it is just up to him because he is not missing a lot of qualities you need for that.’