Matt Gaetz posted and swiftly deleted a tweet Wednesday calling for the defunding of the FBI as the agency investigates the Florida congressman for sex trafficking of a minor.

‘If Democrats want to defund the police, they should start with the FBI,’ Gaetz tweeted Wednesday.

Progressive Democrats have often called for the dismantling of police departments across the U.S. as the ‘defund police’ movement sparked following the death of George Floyd at the hands of a police officer last May.

Gaetz’s tweet came the same day President Joe Biden announced a new crime reduction initiative, including a ‘zero tolerance’ policy on gun dealers that would strip them of their license upon the first offense in breaking federal law.

The tweet, coming from the congressman’s official account rather than his personal one, was deleted just minutes after it was sent.

Gaetz is under federal investigation into whether he paid for sex with a 17-year-old girl – he has not been charged with any crimes and has repeatedly denied wrongdoing. The age of consent in Florida, which is where the encounter is said to have taken place, is 18. 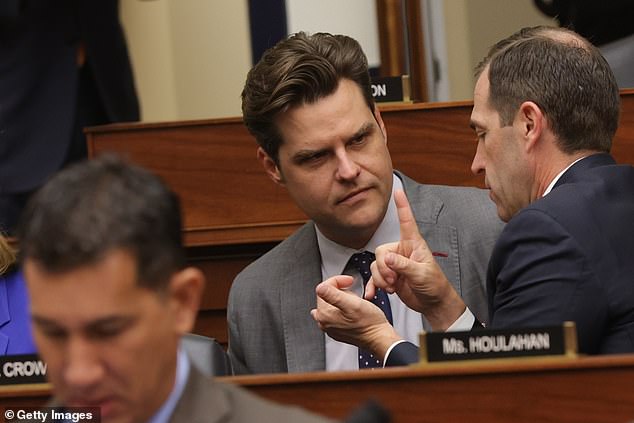 The congressman has also said repeatedly that he will not resign from Congress.

A source with conservative network Newsmax, however, told Reuters earlier this month that Gaetz is, in fact, considering leaving his House seat.

‘Earlier this year, [Gaetz] reached out and said he might leave Congress early and was interested in TV work.’ the source said.

When asked by reporters on Friday if he was worried he would be indicted, the Florida congressman replied: ‘No.’

Joel Greenberg, a Gaetz associate and former Florida county official, recently pleaded guilty to charges of trafficking a female minor to other adult men. He admitted sex trafficking a minor and paying at least one underage girl to have sex with him and others.

A federal judge accepted his guilty pleas last week, on the provision that Greenberg cooperate with prosecutors. 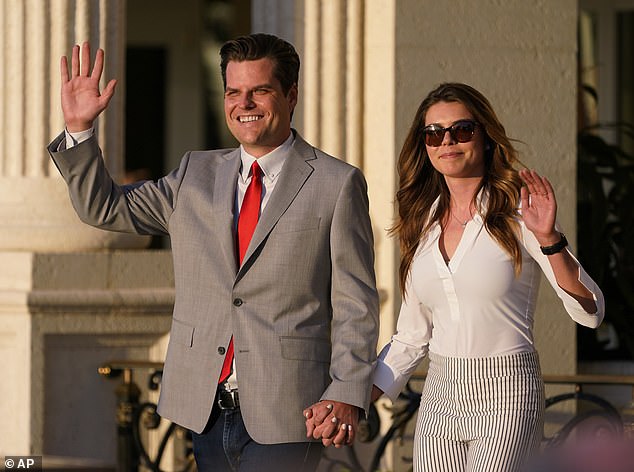 Gaetz insists he isn’t worried that his former ‘wingman’ could turn on him – even after striking the plea deal.

Asked if he or his lawyers had been approached by investigators in his home state regarding sex crime allegations, Gaetz swerved and said: ‘Well, I think there’s a lot going on in Florida, my focus is on what’s going on here in Washington.’

Reporters also asked the congressman if he has spoken to his ex-girlfriend about the investigation in Florida, but Gaetz said he wouldn’t divulge personal information to reporters.

Gaetz’s ex, who has not been named, is said to have been with him in 2017 – the period investigators are probing.

She is said to be cooperating with prosecutors.

NBC News reported that federal prosecutors are also looking into whether Gaetz obstructed justice during a phone call with a witness in a potential sex crimes investigation.

In his most recent sign of fallout from the investigation, Newsmax turned down Gaetz’s request for a job earlier this year following previous rejections for television gigs at both Fox News and One America News Network.

He reached out for the job at Newsmax shortly after news broke he was the subject of federal investigation, but the network told Geatz they were not interested, Reuters reported.

The source added that Gaetz ‘approach to network management was ‘just a conversation’ and Newsmax ‘never told him we were interested’ in hiring him. 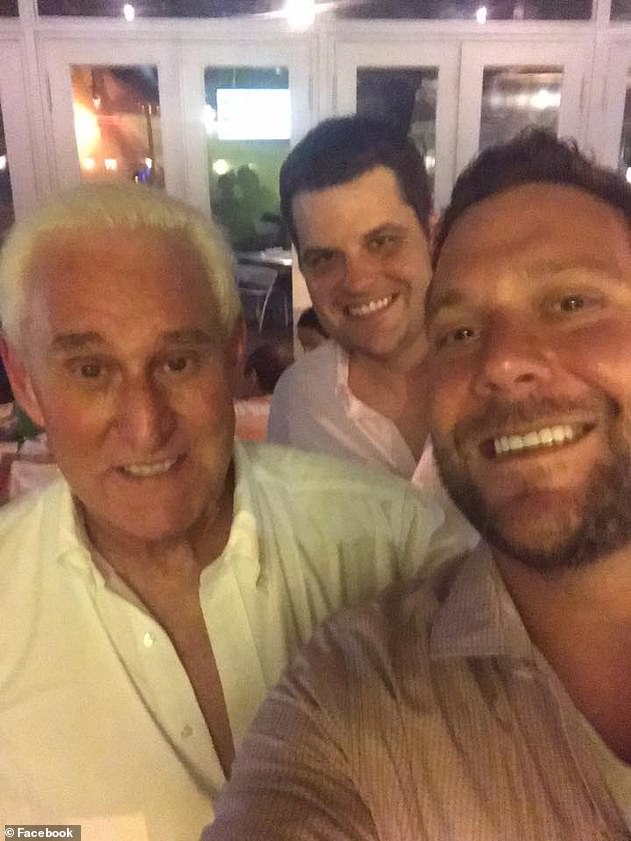 Gaetz has been honing in on conservative news networks including Fox News, OANN and Newsmax after making a name for himself as a strong defender of Trump.

He has been a frequent contributor on FOX news network and other conservative outlets, but so far the networks have all publicly rejected the idea of hiring him.

‘No one with any level of authority has had conversations with Matt Gaetz for any of our platforms, and we have no interest in hiring him,’ Fox News said in a statement in April.

Prior to that Gaetz made it clear he was looking for an opportunity at OANN following a February visit to the network’s San Diego headquarters but network founder Robert Herring told the Daily Beast he passed down advice to Gaetz to remain in Congress.

‘Right now, I’m not really hiring anybody for talk shows,’ Herring told the Daily Beast in March. ‘I think he is a great congressman, and I told (that ‘somebody’) to tell him to stay there. That’s what I want Congressman Gaetz to do.’