The London jeweller making the A-list sparkle: Designer loved by Meghan Markle, Victoria Beckham and Daisy Edgar-Jones says she ‘still gets a buzz’ when a star wears one of her pieces

A jewellery designer loved by celebrities and royalty alike has revealed she ‘still gets a buzz’ when she sees one of her pieces on a famous customer.

Jessica McCormack counts the Duchess of Sussex, Lily James and Rosie Huntington-Whiteley as fans of her eponymous label.

Speaking to FEMAIL, she said it is just as exciting to see her designs on a star as it was when she first launched the brand in her London workshop 12 years ago.

The Duchess of Sussex is a huge fan of the brand, wearing the £8,800 diamond Tattoo pendant by New Zealand-born designer as she gave a speech in Wellington in October 2018 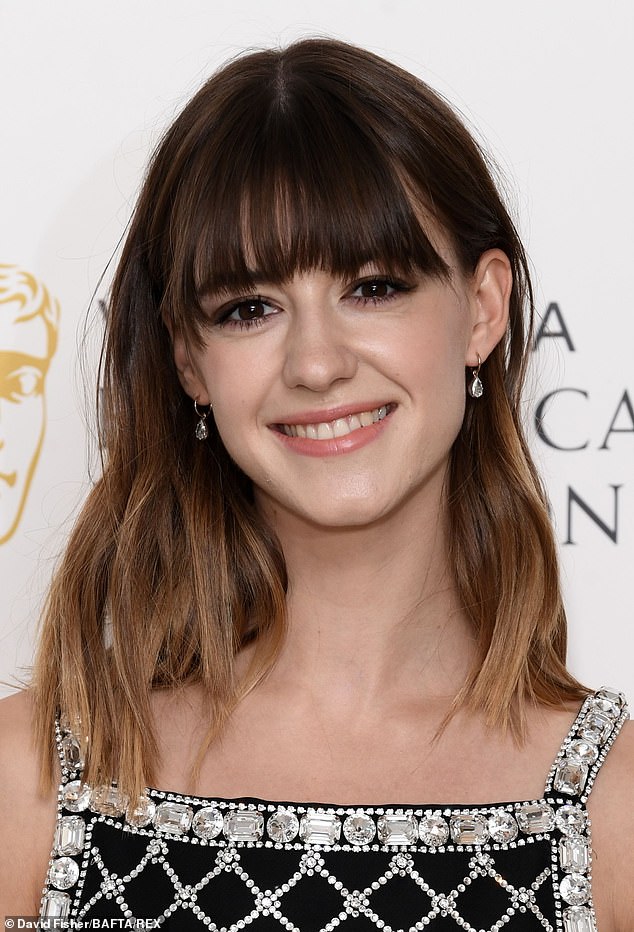 Normal People star Daisy Edgar-Jones wore a pair of the Gypset earrings to the BAFTA awards earlier this year. The earrings cost between £2,950-£22,500

‘It is truly the nicest feeling to see my jewellery being worn. The brand is twelve years old now, and that sense of excitement still feels as strong as it did when we first launched’, McCormack told FEMAIL.

‘Seeing the pictures come through from a red carpet event, or spotting someone on the table next to me at a restaurant wearing a pair of Gypsets [one of her most popular earring styles] – I still get that buzz’. 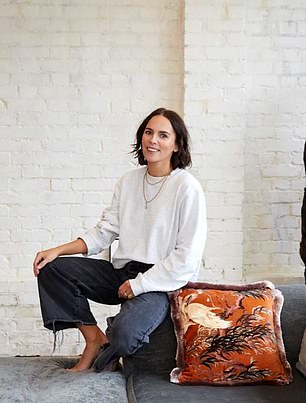 McCormack, pictured, said she ‘still gets a buzz’ seeing her pieces

The Duchess of Sussex is a huge fan of the brand, wearing the £8,800 diamond Tattoo pendant by New Zealand-born designer as she gave a speech in Wellington to mark the 125th anniversary of women’s suffrage in 2018.

While visiting the Robert Clack School in Essex in March this year, she wore the brand’s £9,500 ‘Chi Chi’ Rose Gold and Diamond Bracelet and at Wimbledon in 2019 she was seen wearing the £3,000 Signature Sapphire Heart Button Back Ring.

Jessica’s designs start at £450 for a rose gold ring. The prices of the most expensive pieces on her website are only available on request.

Among the designs best-loved by celebrities is the Gypset earrings, which cost between £2,950-£22,500.

A  collection of delicate hoops, suspending diamonds, sapphires and rubies, this earring family has become a clear best seller for the brand. 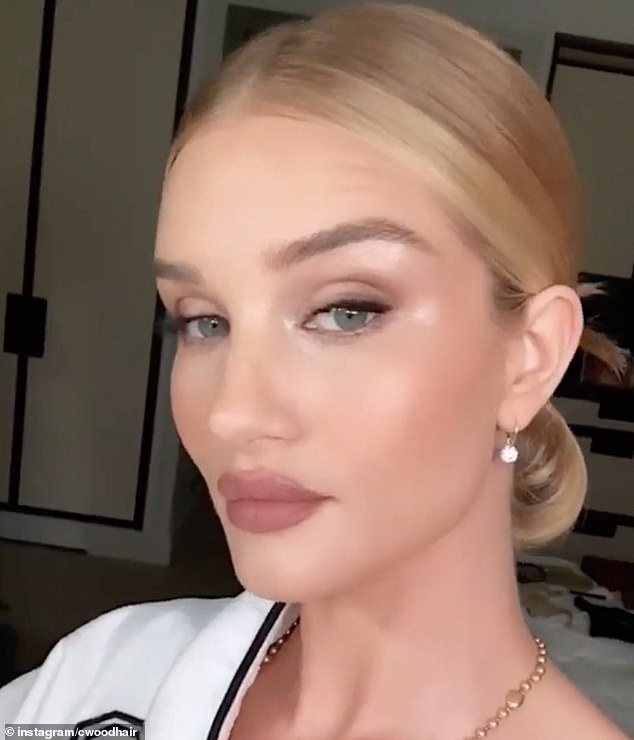 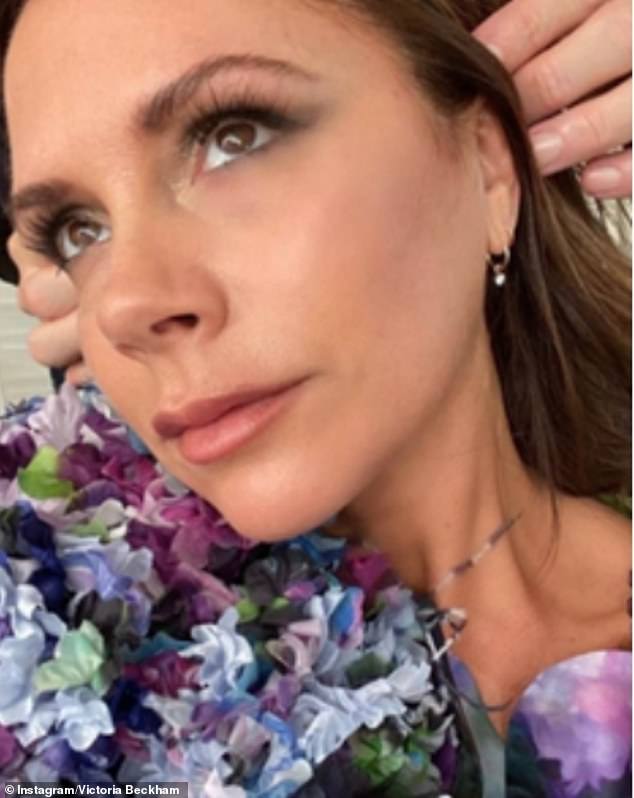 The earrings have been a particular hit with celebs, with the likes of Victoria Beckham and Rosie Huntington Whitley sharing Instagram snaps of themselves wearing the jewellery.

Normal people star Daisy Edgar-Jones wore them at this year’s BAFTA awards, while billie piper donned them at the Venice Film Festival in August 2019 and Lily James to the British Independent Film Awards London last year.

McCormack added: ‘Gypsets are the perfect piece of jewellery – you can wear them anywhere, and with anything, it doesn’t surprise me when clients tell me they sleep in them. I never take mine off.’ 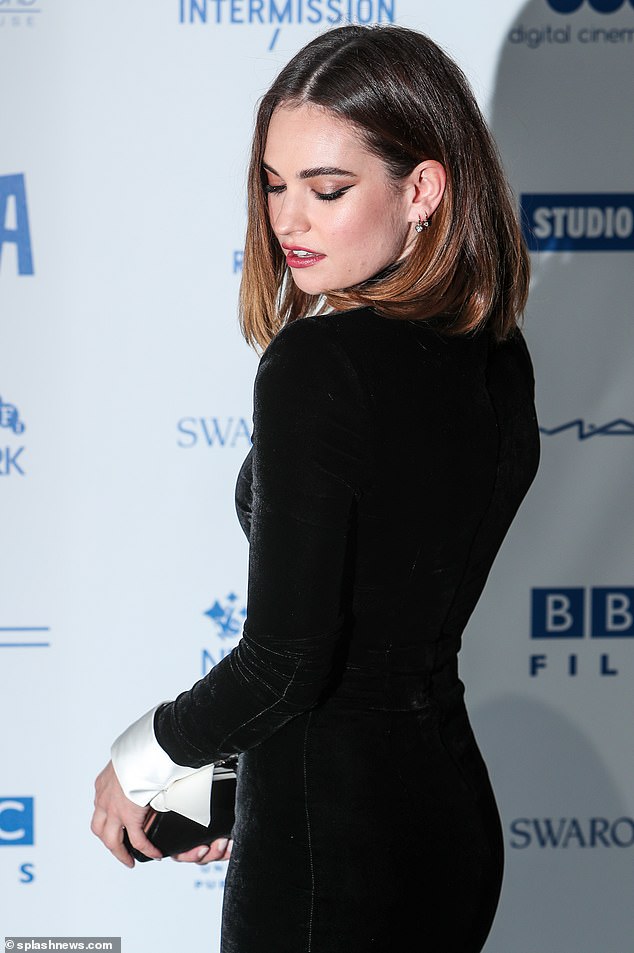 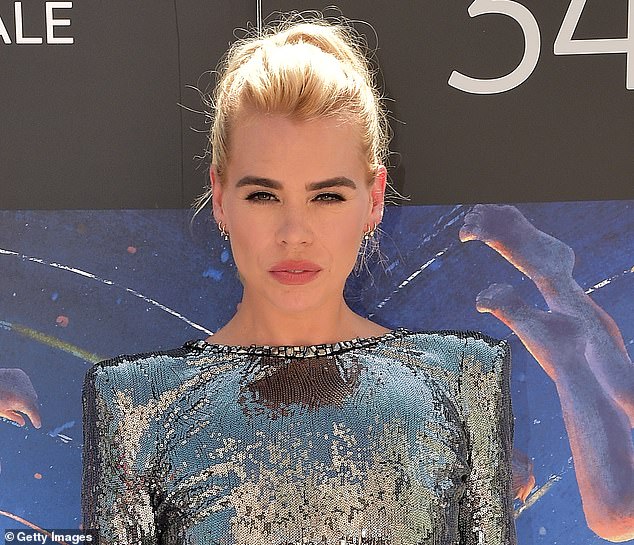