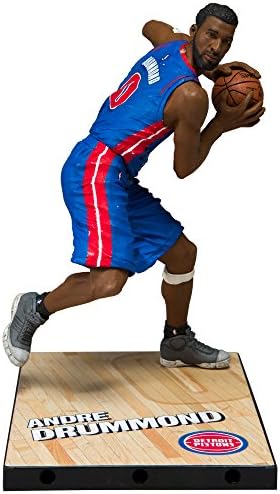 The National basketball association is the premier professional basketball League in the world. McFarlane Toys has been making realistic and detailed action figures for the League since 2002. Product assortment has ranged from legendary Hall of fame players, to rookie sensations, to current Superstars in iconic poses and uniforms! posing an enormous presence around the glass, Detroit pistons center Andre drummond is an absolute Rebounding machine. So much, that he LED the NBA in Rebounding during the 2015-16 season. Named to the 2016 NBA all-star game, drummond is one of the most explosive big men in the League today.