Meet some of the competitors from the Australian Scrabble championships

Meet the schoolboy, EIGHT, who’s better at Scrabble than you: Cocky kid from Sydney’s Cabramatta smashes the grown-ups to take first Aussie title

Wordsmiths of all ages and walks of life from across the country have battled it out at the Australian Scrabble Championships.

The fiercely-contested tournament was held at Bankstown Sports Club over the Easter long weekend in Sydney’s south-west.

The event attracted more than 100 entrants from as young as seven right up to 87 and a wide range of characters ranging from the best players in the world to an octogenarian great-grandmother of 14.

One of the youngest contestants was 2020 national junior champion Jeffery Lam, 8.

He was joined by his older brother Alex, 11, who took out the plate division at the championship. 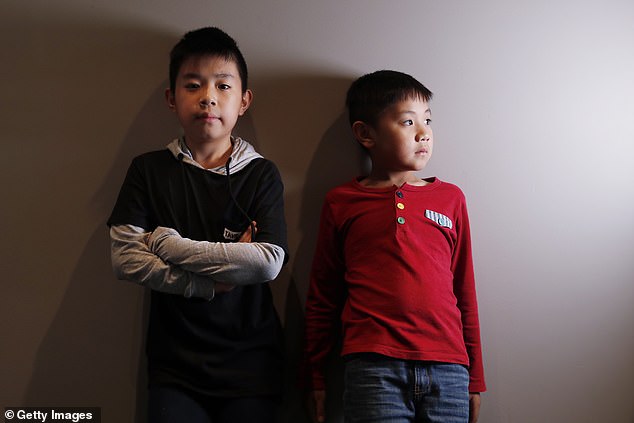 The brothers from Cabramatta in Sydney’s south-west have already contested the world junior online titles.

Jeffery has already recorded a tournament-game score greater than 700 two times and is unfazed about competing against and defeating adults.

The Lam siblings’ Cabramatta Public School classmates flee at the mention of the ‘S’ word in the playground.

‘They don’t want to play me – they’re too scared of me,’ Alex told The Guardian in lead up to the championships.

One of the eldest contestants was great grandmother Rene Chelton, 87, a former national badminton champion who won plate division at the 2019 national Scrabble titles. 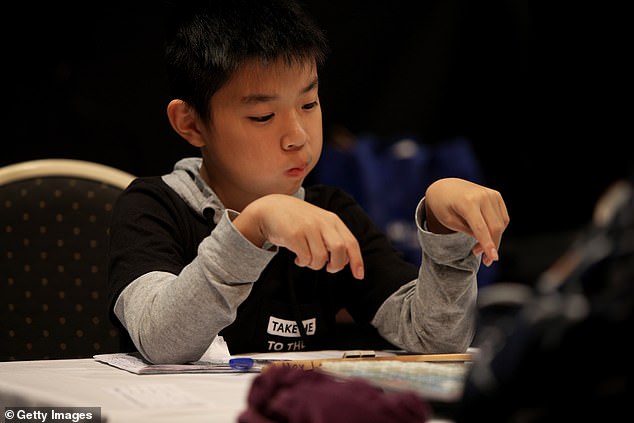 Cabramatta youngster Alex, 11, (pictured)  had the last word in the tournament’s plate division 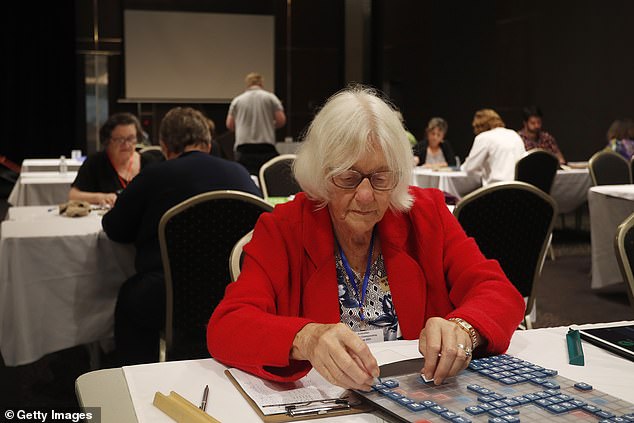 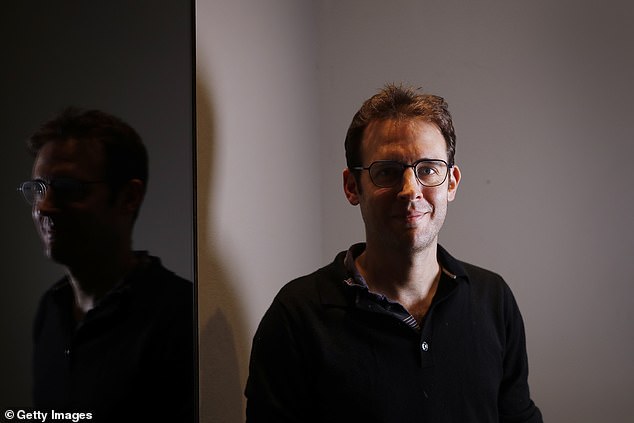 Ms Chelton has been playing the much-loved board game for almost four decades and founded a well-attended Scrabble club in Wollongong south of Sydney.

‘When we went overseas, we took a travel Scrabble,’ Mrs Chelton said.

‘We played on the plane, we played at the Grand Canyon, we played at Niagara Falls and in Central Park. If you want to meet people, start playing Scrabble, because people come up and talk to you all the time.’

The tournament was open to all overseas and international players, who each played 24 games over the course of the weekend.

Australian players rated over 1300 were eligible to play in the championship division. while others were entered into the plate division won by 11-year-old Alex.

The championship division was won by Chris May.