Meet the 16-year-old snowboarder from a regional Australian town of just 1,900 people who just broke an 11-year world record in a halfpipe competition

A teenage Australian snowboarder from a small coastal town has just beaten a world record that was held by an American legend for 11 years.

He achieved the new world record mark the day before his 16th birthday. 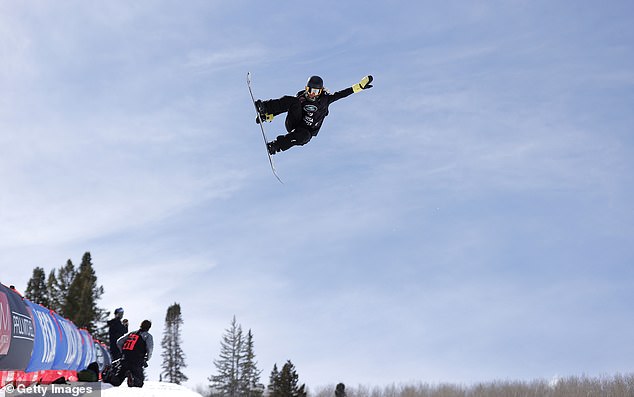 Valentino Guseli in training during the men’s halfpipe competition in Aspen, Colorado in March 2021 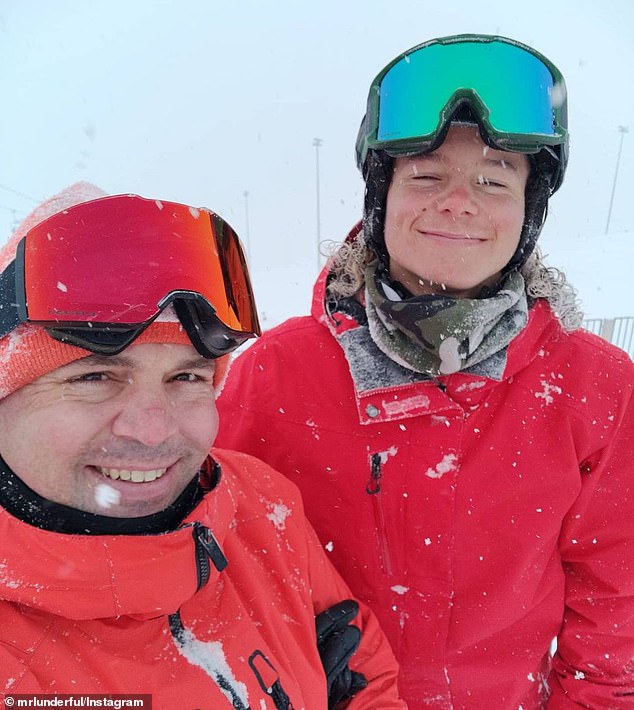 ‘I’ve had the idea to break the world record for a pretty long time,’ he said.

‘I’ve just always wanted to go as big as possible. The day was perfect and conditions were good and we just decided to send it.

‘It’s a really awesome feeling. It kinda just goes blank and I just feel it. I try to hype myself up, get pumped up.’

He is expected to compete at the 2022 winter Olympics ain Beijing, although would still be considered an outsider for a medal as the sport is highly competitive.

The number one Australian snowboarder is Scotty James, from Warrandyte, Victoria.

He was considered a snowboarding prodigy and wowed the snowboarding world at his halfpipe World Cup debut at Laax in February by qualifying first ahead of experienced Olympians and world champions.

Mr Guseli became the youngest person ever to have performed at double backflip – which he did at age 11.

In 2019 he won the US Open Junior Jam in Vail, Colorado and the World Rookie Tour Slopestyle.

Height is an important record in snowboarding, although height alone does not win medals.

Scoring is based on height, difficulty, execution and style.

The highest air ever jumped was a monstrous 9.8 metres by Norwegian Terje Håkonsen in the Arctic challenge quarterpipe in 2007.

Actor Eddie Hassell, 30, who appeared in 'The Kids Are All Right,' shot and killed in Texas