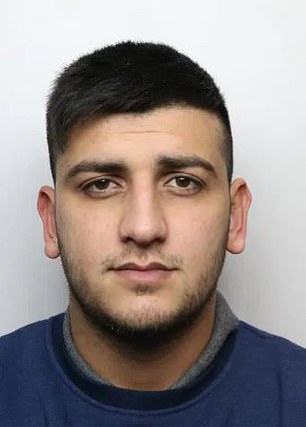 Ex-con Junaid Khan has married the sister of former One Direction star Zyan Malik, causing a major rift in the Malik family

The new husband of Zayn Malik’s sister is a failed double-glazing salesman who lives in one of Bradford’s roughest areas where neighbours describe them as ‘the family from hell.’

Ex-con Junaid Khan, 24 has caused a major rift in the Malik family after marrying Walihya, 22, one of three sisters of the former One Direction Star.

Zayn’s father Yaser, refused to attend last Saturday’s wedding, which took place only 70 yards from his home, because of Khan’s criminal past and concerns that he does not have the financial means to look after his beloved daughter.

Zayn’s mother Tricia took care of all the arrangements single-handedly for the ceremony, which took place in the home of her youngest daughter Saffa, who lives only six doors away.

Khan worked as double-glazing salesman before being convicted in 2017 to five years imprisonment for a carjacking.

In 2014, he was sentenced to 15 months in a young offender’s institution, suspended for two years, for his involvement in a family dispute that led to a relative being stabbed.

Khan lives with his parents in a shabby terraced home in the Thornberry area of Bradford, considered one of the roughest in the city.

His uncle, who refused to give his name but lives next door, told MailOnline: ‘Some people think our family is not good enough for their daughter. I’m not naming names, but you know who they are. And they can f*** off.’

Khan and his family are well known in the local area, with many neighbours admitting that they are scared of them. 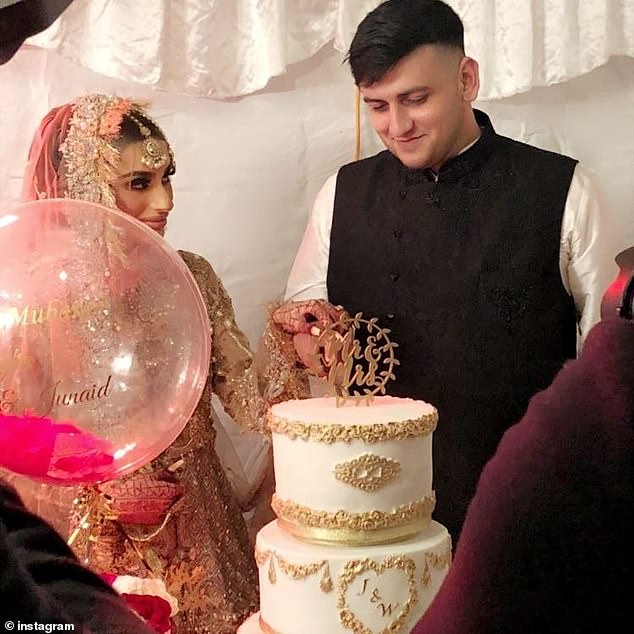 Junaid Khan, 24 (right) married Walihya, 22 (left) one of three sisters of the former One Direction Star. Khan worked as double-glazing salesman before being convicted in 2017 to five years imprisonment for a carjacking

One said: ‘The whole family has a bit of a reputation. People generally try and avoid them because you don’t want to get on the wrong side of them.

‘Junaid is your typical Bradford bad lad. There’s a lot of other boys like him in this area and it’s very sad that they haven’t done much with their lives.’

Another added: ‘You hear a lot of stuff about Junaid and the family, none of it is good. They are not the most pleasant people.’

Under Asian custom, the bride is expected to live with her in-laws.

Since finding fame, Zayn has helped his family move out of inner-city Bradford, where they originate from and to the city’s suburbs.

He has purchased semi-detached homes for his parents and youngest sister Saffa, who lives there with her husband.

A relative of Khan’s, who did not want to be named but admitted that he had fallen out with that side of the family said: ‘Just look at his house. Do you think that’s the kind of place Zayn Malik’s sister could live in?’

He added: ‘No father would want his daughter to marry a man who doesn’t appear to be able to look after her. If Yaser is against this marriage, then I don’t blame him.’

Rashid, a former colleague of Junaid’s at a double-glazing company said: ‘He worked on a commission basis and didn’t earn much money.

‘He wasn’t very good at it and didn’t seem to enjoy it very much so the management were quite happy to see him go.’ 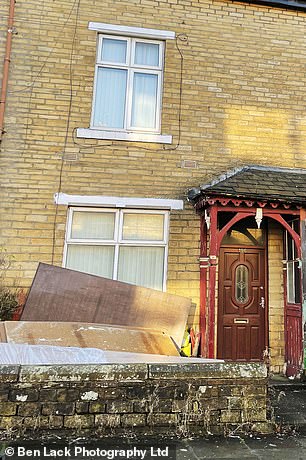 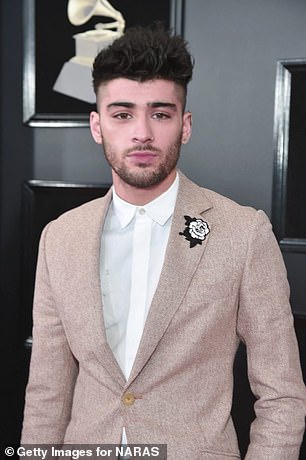 Khan is a failed double-glazing salesman who lives in one of Bradford’s roughest areas (pictured left) where neighbours describe them as ‘the family from hell’. Pictured right: Former One Direction star Zayn Malik

Junaid and Waliyha are childhood sweethearts who met at secondary school in Bradford.

Her father Yasser, 51 is so opposed to their marriage that he refused to walk a mere 70 yards to attend it because of concerns over her new husband’s criminal past and his precarious financial position.

Yaser remained defiantly in his Bradford home on Saturday as the ceremony took place in the back garden of Saffa’s home, which is located only six doors away.

His famous son Zayn, was also nowhere to be seen in snaps from the nuptials, while his girlfriend Gigi Hadid sent Waliyha a message saying she ‘wished’ she was there.

But it is believed that the singer was unable to attend because of work commitments.

The players Manchester City, Manchester United, Spurs and Liverpool must sign in January

Pope: We are witnessing a critical period, the only answer is solidarity

Covid in Scotland: Sturgeon to meet advisers over further restrictions

Denmark"s match against Finland at the European Championship was dramatically suspended minutes before halftime on Saturday...