The fractured relationship between Prince Harry and Prince William will ‘never’ be repaired, unless they happened to split from their wives, a royal expert has claimed.

Ingrid Seward, who is the editor-in-chief of Majesty Magazine, told the Mirror’s Pod Save The Queen podcast that she fears the damage to the brothers’ relationship is beyond repair, following the Duke of Sussex‘s decision to step away from royal life with his wife Meghan Markle, 39.

Seward, who’s been following the tribulations of the royal family for decades, said she believes that only an ‘awful tragedy’ would be enough to bring the brothers back to the level of closeness they once shared.

She added that Harry’s decision to leave the royal family had also ‘baffled’ his grandfather the Duke of Edinburgh, who, having been a royal outsider himself, had welcomed Meghan with open arms.

She claimed that Prince Phillip, 99, was ‘appalled’ by the couple’s ‘dereliction of duty’, after they moved into a $14m mansion in Montecito, and could not comprehend their decision. 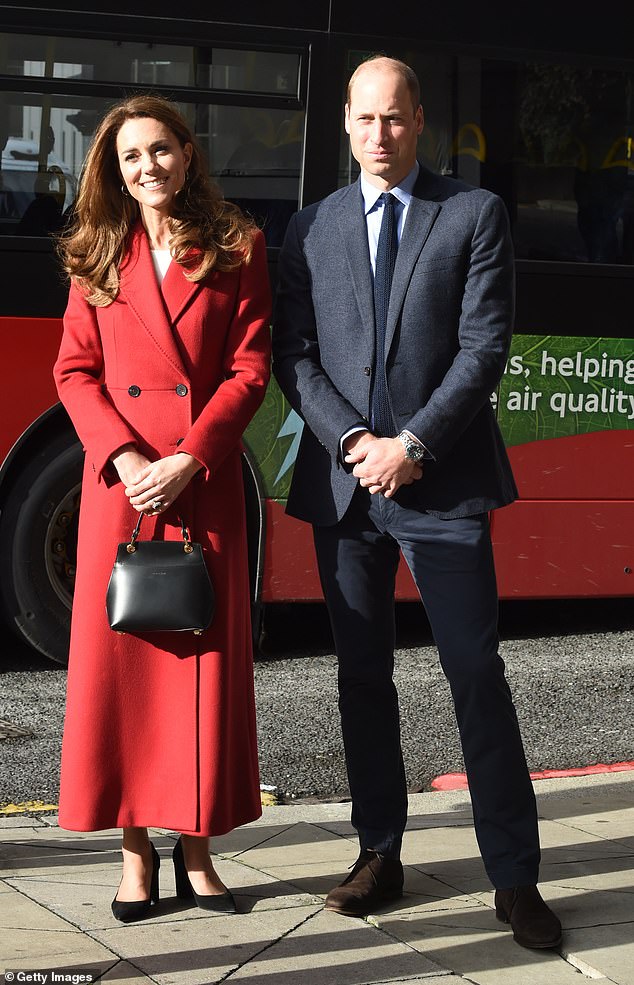 ‘I rather doubt that they will ever get back to how they used to be. I really don’t think so. I think that’s probably a broken relationship.

‘I think perhaps if something happened to Catherine or Meghan, the boys would be together again. But as long as their ladies are there and their families are there…

‘If there was an awful tragedy it would bring them together, but otherwise I don’t think that relationship will be mended.

‘But that is a really personal point of view and I might not be right.’ 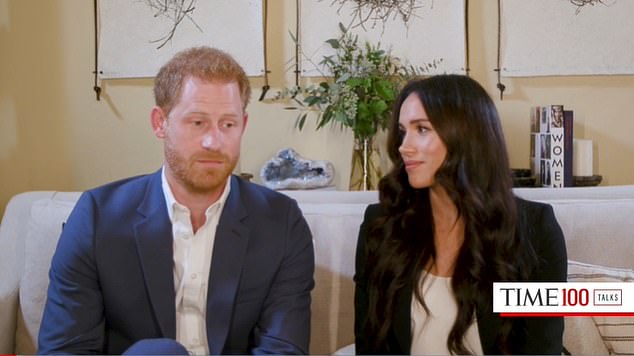 Seward said that the brothers could perhaps only come together if they were struck by an awful tragedy (pictured: Harry and Meghan during a Time 100 conference call from Los Angeles)

Her comments comes as another royal commentator has claimed that Prince William’s main ‘challenge’ King will be to balance staying true to his principles while ‘bringing Prince Harry back’ to be part of The Firm.

Royal biographer Robert Lacey, who is the author of Battle of Brothers, a new book that examines the rift between the two Dukes, said that ‘everyone wants some kind of reconciliation’ between the Duke of Cambridge, 38, and Duke of Sussex, 36.

Speaking to Vanity Fair’s Katie Nicholl, he said making Prince Harry a part of the institution again would be Prince William’s biggest test.

He explained: ‘The challenge for William is whether while being true to his principles he can also modernise the institution by making his brother part of it. That’s what everyone wants, some kind of reconciliation.’

The royal expert went on to claim the Duke of Cambridge has adopted a similar attitude towards Prince Harry and Meghan Markle, 39, as his grandmother, the Queen, 94. 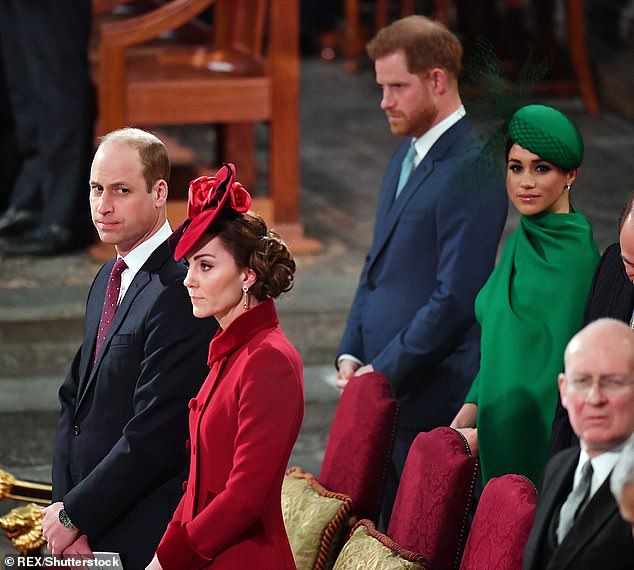 Robert went on to say he thinks there is ‘no chance’ of Harry and Meghan ever returning to Britain full time, or ‘leaving their American base’ (pictured, with Prince William and Kate Middleton at their final royal engagement in March)

He said: ‘At the end of the day we saw a ruthlessness from the Queen over her absolute refusal to allow the Sussexes to use the word royal for their new branding, and we’re seeing the same ruthlessness in William.’

However Robert went on to say he thinks there is ‘no chance’ of Harry and Meghan ever returning to Britain full time, or ‘leaving their American base.’

Lacey has also concluded that the brothers have ‘five months to heal their rift’ or their relationship will never recover.

Speaking to Newsweek, he said the rift between Prince William and Prince Harry must be resolved by the end of a 12-month review of Harry and Meghan’s new working relationship, due in March.

Prince Harry and Meghan are currently midway through a 12-month probation period, at the end of which the Queen, Prince Charles, 71, and Prince William will come together to review their relationship with the monarchy. 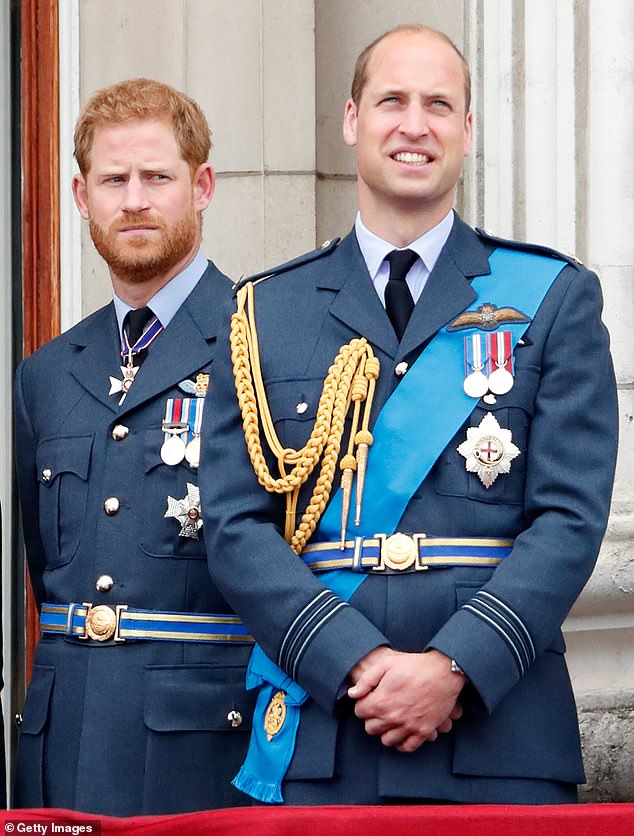 Prince William’s main ‘challenge’ as a monarch will be staying true to his principles while modernising the institution by ‘bringing Prince Harry back’ to be part of The Firm, a royal expert has claimed

He explained that the relationship would become irreparable if Prince William takes on Prince Harry’s former military title as Captain General of Royal Marines.

Robert added: ‘There have been stories that it’s going to be assigned to William. Were that to be the case, that would be the end of it.’

In October, Prince Harry told ITV’s Tom Bradby the brothers were on ‘different paths’ but that he ‘still loved his brother dearly.’

Robert said there has been ‘no statement from William addressing what’s happened’ and added: ‘I think he should address it publicly.’

The brothers’ rift is believed to have originated when Prince William cautioned his younger sibling against rushing into marrying Meghan Markle.

He reportedly advised Harry to take all the time he needed to get to know ‘this girl’.

But his well-meant advice didn’t go down well with Harry, who branded his brother a ‘snob’, and felt that he and Kate Middleton hadn’t done enough to welcome Meghan into the royal fold.