Aren’t you sick of lockdown yet: Melbourne business owner is slammed by customers as he blasts the QR code tracing system despite the city being battered by COVID

A souvlaki shop owner has been slammed after giving ‘the finger’ to the new COVID-19 check-in requirements as Melbourne battles a growing cluster.

The Facebook post by Daniel Ruscigno, owner of The D’s Souvlaki shop, shows him giving the finger in front of a QR code poster and writing: ‘Our current thoughts of the new mandatory check-in requirements!’

‘My thoughts are that your behaviour is stupid and selfish by trying to undermine efforts to keep people safe,’ wrote one of the more than 5000 people who commented beneath the post. ‘Look forward to never spending any money at your business.’

‘You posted a picture giving health authorities and I guess everyone else the finger,’ another person wrote. ‘That is actually more than an opinion. It’s an insult.’

Feminist commentator Clementine Ford also chimed in, writing: ‘Explain how a check-in code affects your business in any way,’ replied Ms Ford. ‘Thanks for telling everyone where not to go if they care about public health.’ 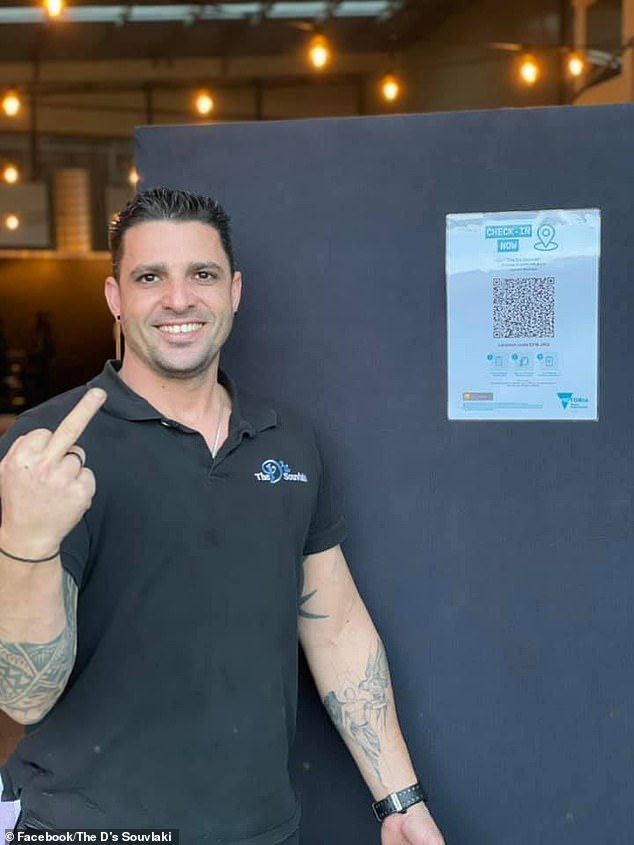 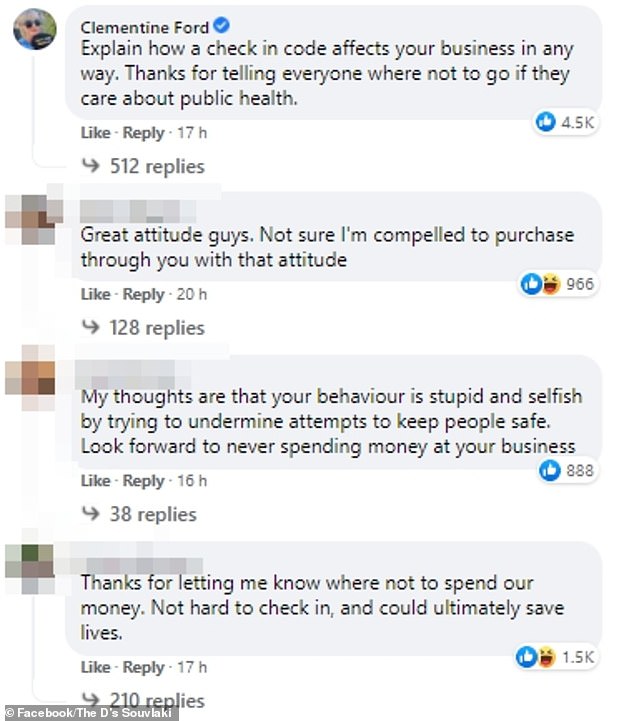 A sample of the more than 5000 replies to Ms Ruscigno’s post, both slamming and supporting him

Many others said Ruscigno would go out of business for disregarding the dangers of the virus and that he should take the post down.

Others congratulated Ruscigno for standing up to Victoria’s ‘communist’ government and praised the post.

‘Will sort those who think with logic and commonsense from those sold on the corruption & lies,’ wrote one.

In a reply Mr Ruscigno thanks his ‘loyal customers’ for their support and said the haters could ‘politely kiss my Italian ass!’

‘Are we not allowed to have an opinion in this country anymore?’ he continued. ‘As mentioned in our post, our mandatory QRC are in store. So instead of trying to ruin a small business that you know nothing about, have the balls to come in and say it to my face and I’ll be more than happy to have a conversation with you.’

Mr Ruscigno remained unrepentant when contacted at his Airport West shop by Daily Mail Australia on Friday and said that many of the comments were ridiculous.

‘I don’t have a problem with the check-in requirements,’ he said.

‘I have three or four of the signs up and I make people check-in before they order. 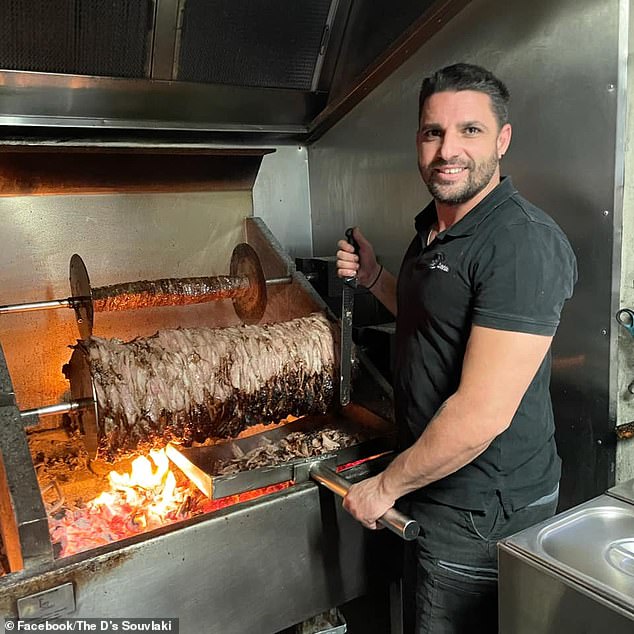 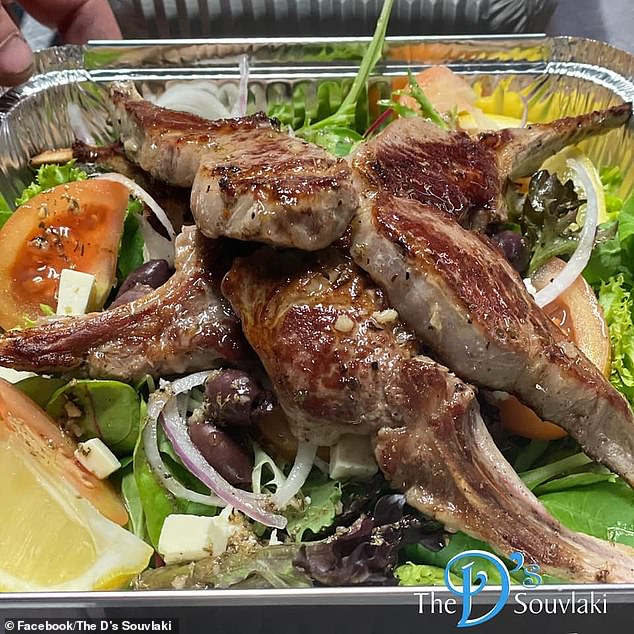 ‘I’m just frustrated that small businesses like myself are suffering through this so-called pandemic and this is just my way of saying, ‘up yours’.’

Mr Ruscigno had owned his business for eight years and said he received no government support during the last Victorian lockdown.

‘I honestly can’t believe the reaction,’ he said. ‘People are saying I got JobKeeper but  I didn’t get any government help during the last lockdown and don’t meet the requirements for the money they’re offering now…

‘It does affect my business. Last week alone we went down 60 per cent in revenue.’

The Victorian Government had been criticised for taking until May 28 to make it mandatory for businesses to use its Service Victoria QR-code check-in app.

Though the app had been launched in November last year, most venues were permitted to continue using third-party apps to record visitors, meaning check-in data was not centralised for contact tracers.

NSW, by contrast, introduced mandatory use of the Service NSW QR code system by businesses on January 1 this year.

‘I can’t see why we can’t learn to live with the situation,’ said Mr Ruscigno.

‘And if the government had done their job right we wouldn’t be in this situation.’

Euro 2020: What is the climate cost of tournament staged in 11 countries?

Sage expert warns that 'awful' curbs cannot last for ever

What Matters Most: The Get Your Sh*t Together Guide to Wills, Money, Insurance, and Life’s “What-Ifs”

How to Use Nectar and Ambrosia – Hades Wiki Guide

One of Stadia’s Only First-Party Games Is Broken, and No Seems to Know Who Can Fix It

Carrie Johnson looked to the Duchess of Cambridge for her style inspiration for the G7 summit.The...