A video invitation for a boozy ‘boy’s night out’ event involving KPMG employees described one staff member crawling through his own vomit and a stripper allegedly being put on the company payroll to keep her quiet.

The consulting giant fired staff from its Private Enterprise division in Melbourne after discovering the invitation in 2018 which had been sent to 80 male employees three years earlier.

Senior employees would buy shots for their graduate colleagues at the event – leaving them ‘s**tfaced by 6.30pm’ and ‘vomiting through their noses’ – a transcript of the video seen by The Australian Financial Review revealed.

In another segment, an employee alleged he paid a stripper $2,000 an hour to stop her from going public and claimed the transactions on KPMG’s expenses system. 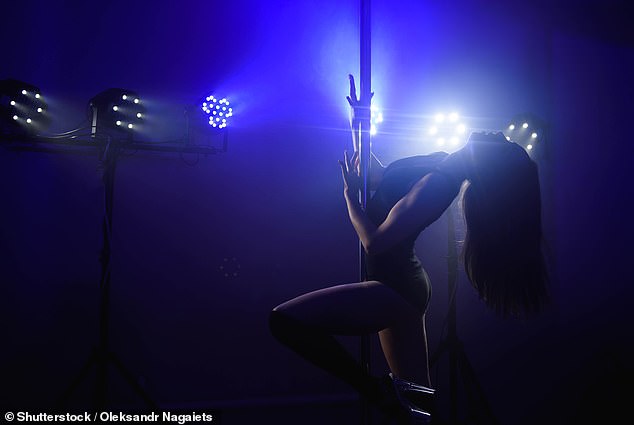 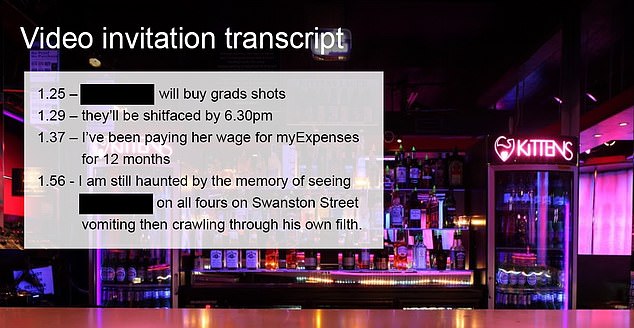 ‘We had no choice, she was going to go public. I’ve been paying her wage for myExpenses for 12 months,’ part of the transcript reads. ‘We had to “put [it] on the books”.’

The transcript was produced for an internal investigation into the wild parties, which on one occasion ended with 30 members of staff visiting a strip club.

KPMG CEO Gary Wingrove said the event – which excluded female staff and was planned in secret without the approval of company executives – led to a leadership overhaul at the firm.

‘As soon as this was uncovered in 2018, I ensured it was investigated straight away, and took disciplinary actions, including people exiting,’ he told Daily Mail Australia.

One participant boasted in the transcript of how attendees at one boys’ night were left so ‘f***ed up’ they suffered from traumatic stress and had to undergo an employee assistance program.

Almost two minutes into the video, one attendee joked how he was still haunted by a participant crawling in the street through his own vomit. 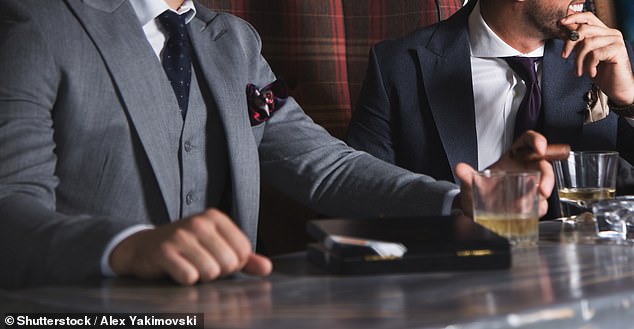 On one occasion, a ‘boys’ night’ event ended with 30 members of staff visiting a strip club

A participant then said the only thing ‘blown was my $5,600’ in reference to him failing to be pleasured sexually that night.

Those who spoke in the video invitation did not name KPMG.

‘At the time we also strongly reinforced with our partners and people that there is no tolerance for this behaviour in our organisation,’ Mr Wingrove said.

‘The conduct was totally unaligned with our values.’ 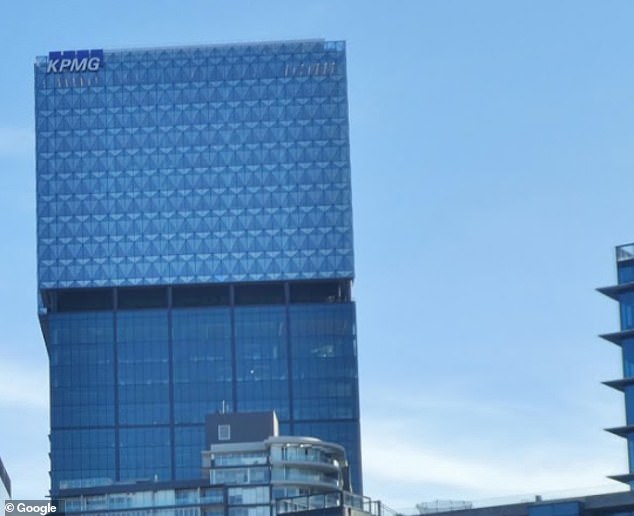 KPMG CEO Gary Wingrove said the event led to a major leadership overhaul at the firm, and the company was now promoting more women into management positions

The video transcript emerged as Australian workplace cultures come under increasing scrutiny – with Prime Minister Scott Morrison earlier this month announcing the definition of serious misconduct will be redefined across all workplaces to include sexual harassment.

Only 38 per cent of KPMG’s 3,149 management staff are women, according to data from the Workplace Gender Equality Agency.

Research in 2014 found a third of companies in Australia have no females in key management roles.

How U.S. economy has performed during Biden's first 100 days — in 7 charts

Dyson hits back: There was nothing wrong with my texts to Boris Johnson

Dyson hits back: There was nothing wrong with my texts to Boris Johnson