A mother-of-two has been left with excruciating third-degree burns after a pressure cooker exploded in her kitchen.

Melbourne woman Sarah was left in agony after being sprayed with boiling chicken soup, with her husband and four-year-old son also receiving minor burns.

The 35-year-old had been cooking the soup in her high-pressure Sunbeam Crock-Pot two weeks ago, a product she now wants pulled from shelves.

The mother-of-two said she had initially struggled to get the lid off the pressure cooker, deciding to let it rest before trying again. 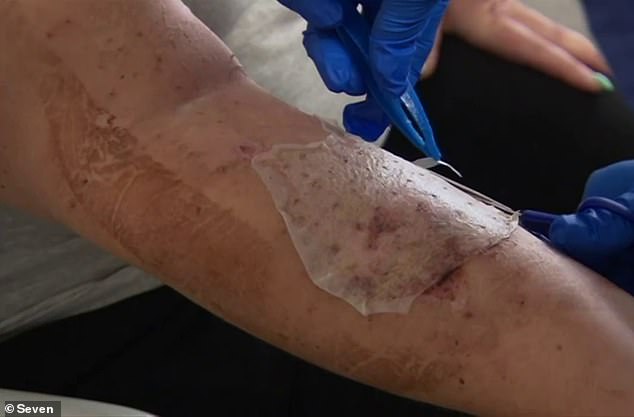 ‘All I remember is the pressure cooker lid flying off and then I was just curled up on the ground screaming, “get my clothes off me”,’ she told 7NEWS.

The scorching liquid covered Sarah’s arms and chest, and splashed her husband and son who were also in the kitchen.

‘It was a bomb. There’s no other way to describe it. It was a bomb going off’, Sarah recalled.

In her husband’s panicked call to emergency services, their four-year-old son is heard crying in the background as he describes their burns.

‘On me it’s my forearms, my stomach, my son’s burnt on his head and a little bit on his face, my wife on her chest and my arms’, he is heard saying.

The severe burns resulted in Sarah spending nine days in the Burns Unit at Alfred Hospital where she underwent two surgeries.

Sarah’s injuries, that are being treated through hospital in-home care, prevent her from cooking, working or driving.

The 35-year-old will face months of painful dressing changes and physiotherapy, and will have permanent scars for the rest of her life.

The Melbourne woman, who cannot show her face for family reasons, has decided to share her story in a bid to get the popular Sunbeam crock-pot recalled.

Emma Hines from Shine Lawyers will be looking into the circumstances surrounding the pressure cooker explosion. 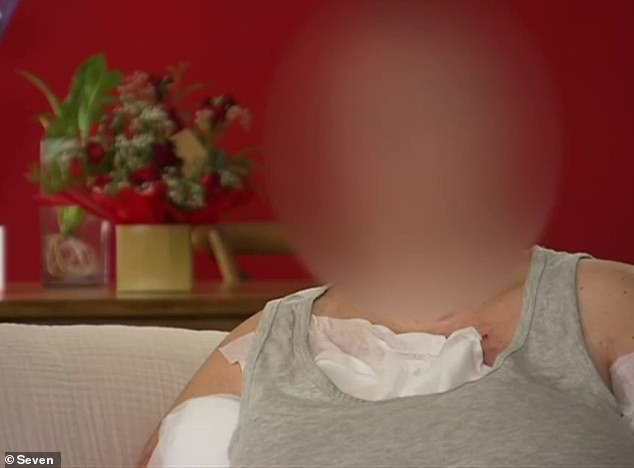 Ms Hines told Daily Mail Australia that over the years the ‘high-risk’ appliances had gained a reputation for causing serious splatter and burn injuries.

She encouraged consumers looking to purchase an appliance to research if the product has any identified problems and take care when reading safety instructions.

‘If you are unfortunate enough to be injured by one of these appliances, it’s really important to seek legal advice early’, Ms Hines said.

A spokesperson from Sunbeam confirmed to Daily Mail Australia that apart from the one incident, there have been no other reported injuries when using the appliance.

‘Crock-Pot is committed to providing our consumers with safe and quality products. Safety is our top priority, and we take this matter very seriously,’ they said.

‘We made contact with the consumer to learn incident details and offer support.

‘We’ve also reached out to her legal team. The product is being returned to us so we can further investigate.’

The spokesperson said that as is the case with any product that can pressure-cook, users should exercise caution and review the product instruction manual.

‘All of our products, including the Crock-Pot Multi-Cooker, are rigorously tested for safety and are in full compliance with industry standards.’ 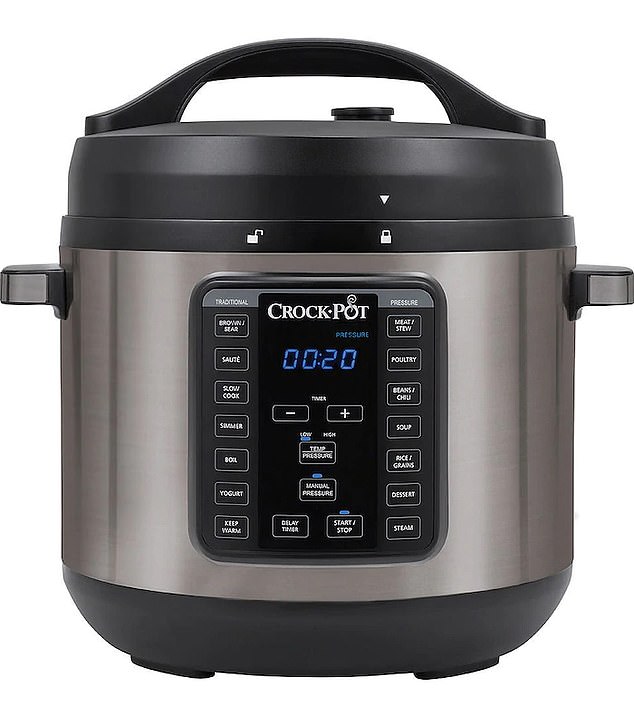 The Melbourne mother-of-two was cooking chicken soup when her Sunbeam Crock-Pot (pictured) exploded, covering her, her husband and their four-year-old son with the liquid