A wedding on a Queensland island ended in chaos when the bride, two groomsmen and a mate were all charged with a range of offences.

The after-party for the April 24 wedding at North Stradbroke Island continued into the early hours of Anzac Day before police were called to Point Lookout Bowling Club after a disturbance.

Tyson Sproules, 22, of northern Brisbane suburb Lawnton, was arrested for allegedly kicking in a window and door at the Point Lookout Library.

Members of the wedding party, including the bride, Shelley Baker, 45, allegedly swore at police and attempted to intervene as Sproules was arrested. 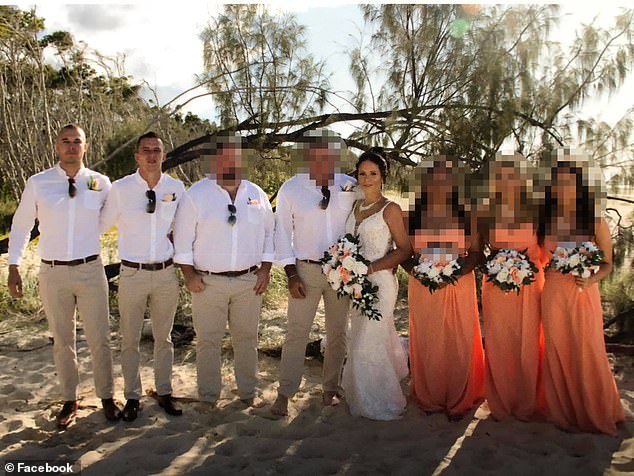 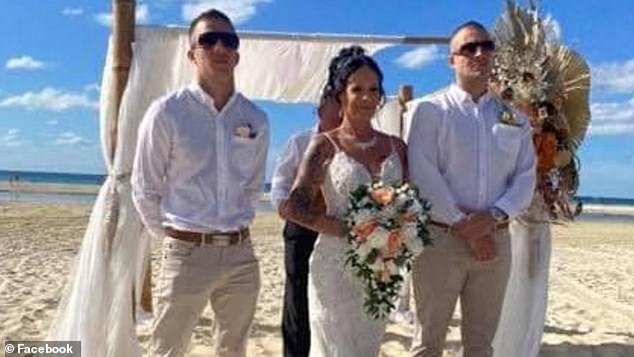 The wedding on the beach of North Stradbroke Island (above)

The alleged drunken behaviour was described as ‘disgusting’ by a local policeman.

‘I reviewed the officers’ body warn cameras and what they subjected the officers to was disgusting,’ Sergeant Darren Scanlan told the Redland City Bulletin after the arrests.

‘On what should have been a joyous and memorable occasion for all involved, (it) will now be remembered for all the wrong reasons.’

Sproules was alleged to have spat at officers through the back of the police vehicle and urinated on the walls and floors of the cell while being transported to Dunwich watch house on the island.

Sproules’ fellow groomsman, his brother, Jake, 24, and another guest, Matthew Fenn, also appeared on charges of obstructing a police officer.

Ms Baker, the bride, also faces charges of obstructing a police officer and committing public nuisance within a licensed premises, but her matter was not heard on the same day.

The three men’s cases were adjourned on Tuesday so that they could view CCTV footage which captured their behaviour ahead of their next court date on July 6. 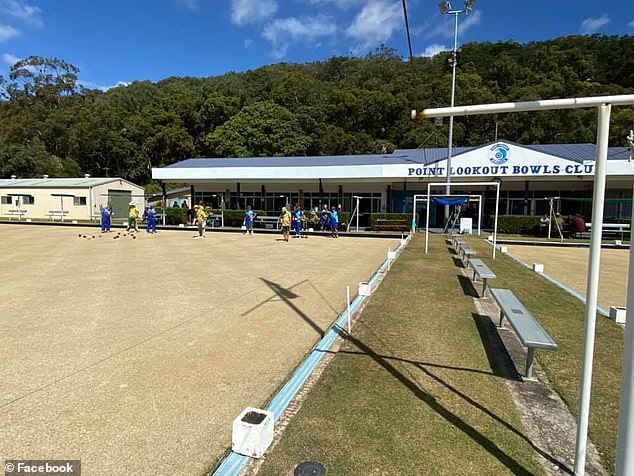 Point Lookout Bowls Club, where the wedding party occurred before local police were called after midnight on Anzac Day 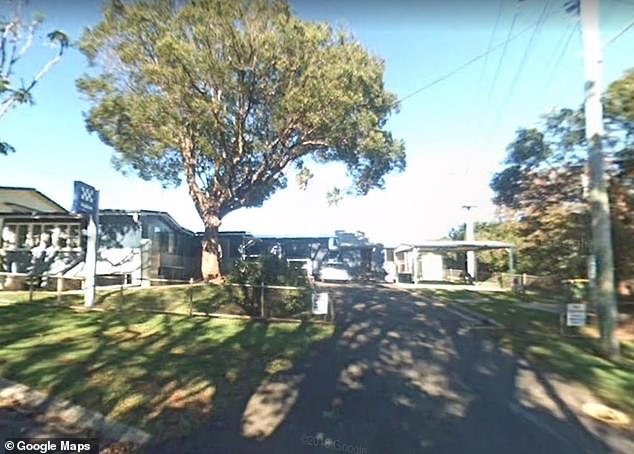 Dunwich Police Station, on North Stradbroke Island, where the men were taken after being arrested

American scholar who tabled the motion to cancel the Queen

Biden: The economic crisis in the United States is worsening

Ethereum Price Can Still Surge to $800 Despite the Strong Pullback