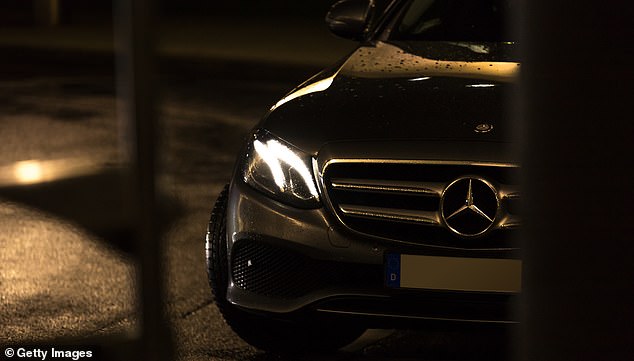 The business owner said the man pleasured himself in the back seat of his car outside her shop in Burleigh Heads, Gold Coast, on two occasions.

She posted in a community group to warn ‘parents and young ladies’ of the alleged serial public exhibitionist.

The outraged local claimed her daughter drove off after seeing the man touch himself on Monday at around 4.40pm.

In a Facebook post (pictured), a local said she saw the man touch himself in his car twice

‘Parents and young ladies please be aware,’ the woman posted on social media.

‘Check in back seat – he will be master-bating [sic]. We caught him 2 days in a row outside our shop in James St and got [police] on him – naked from waist down.’

The shop owner runs a boutique on James Street and said the man was ‘blatant’.

‘[He] was doing it with people standing next to the car in James St waiting for coffee at the bakery,’ she wrote.

Other residents described the alleged act as ‘disgusting’ and ‘filthy.’

‘Thanks so much for sharing I was just there over a hour ago dropping off my son and there were lots of teen girls and boys around. That’s sick,’ one person remarked.

Queensland Police could not confirm any call-outs or reports about the alleged incident.