Messi limps the moment he arrives in Brazil before Sunday’s match in the World Cup qualifiers.. Video 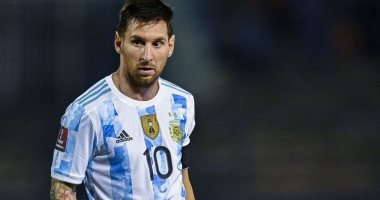 Argentine star Lionel Messi, French player of Paris Saint-Germain, suffers from the injury he suffered during the confrontation with his Venezuelan counterpart, which brought the two teams together in the early hours of Friday morning, in the South American qualifiers for the 2022 World Cup in Qatar.

Network stated “ESPN“, that the Argentine star Messi explained that he was affected by the strong blow he suffered on the leg level from Venezuelan player Luis Martinez, when he arrived at the hotel for the residence of the Tango team in the Brazilian city of Sao Paulo.

The Argentine flea appeared at the moment of his arrival at the residence hotel in Sao Paulo, limping, after getting off the tango team bus, which raises doubts about the readiness of the Parisian star for the Super Clasico against the Seleção team on Sunday evening.

The first tests that Argentine star Messi underwent showed that he did not suffer from a strong injury, and only suffered from a large wound under the left knee.

Venezuela defender Luis Martinez was sent off during the match against Argentina, which ended in the latter’s favor with a score of 3-1, after his violent intervention on Lionel Messi.

Brazil leads the South American qualifiers table after defeating its host Chile, with a clean goal, in the meeting that brought them together in the early hours of Friday morning, at the “Monmental David Orlano” stadium, in the capital, Santiago, in the matches of the ninth round of the qualifiers.

Brazil is 6 points ahead of the runner-up Argentina, with 15 points.

Why is it recommended to eat a glass of milk with dates daily? .. It reduces the chances of developing diseases