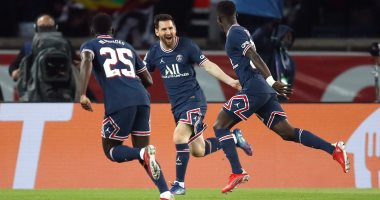 The Argentine star, Lionel Messi, player of the Paris Saint-Germain team, scored the second goal against his counterpart Manchester City, in the 74th minute of the time of the fiery confrontation that is currently taking place between them at the “Princes Park” stadium, in the second round of the group stage of the Champions League competition in the current season 2021. 2022.

The Argentine star, Lionel Messi, leads the Paris Saint-Germain attack against Manchester City, after recovering from the injury he suffered in the left knee, against Olympique Lyon in the sixth round of the French League, and his absence against Metz and Montpellier, respectively.

This is the first goal that Messi signed with Paris Saint-Germain after he moved to him during the last summer transfers from Barcelona.